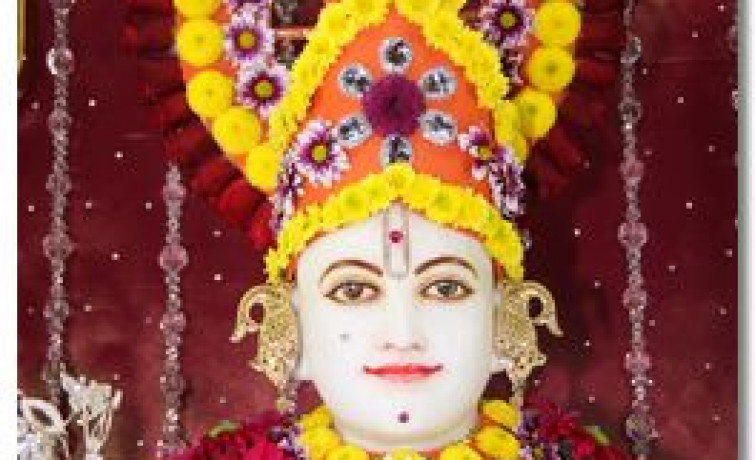 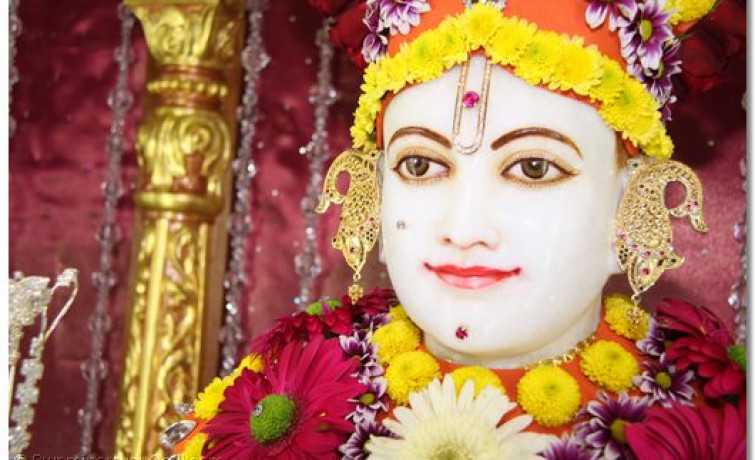 On the morning of 28th May 2011, HDH Acharya Swamishree performed Mangla Aarti to Lord Swaminarayanbapa Swamibapa. The Lord was adorned in beautiful fresh flower garments and ornaments. The temple hall was beautifully decorated overnight with balloons, flags, colouful lightings and birthday banners.

Everyone then took their position in the sabhaa ready to listen to HDH Acharya swamishree’s divine ashirvad. HDH Acharya Swamishree blessed everyone and imparted their souls with spirituality. On this auspicious day devotees then pleased Lord Swaminarayan by offering aarti. HDH Acharya Swamishree then gave each devotee a gift of a sweet in form of a ‘penda’. Next activity was the luncheon in HH Swamibapa Hall. HDH Acharya swamishree and sant mandal took lunch prasad on the stage which was skillfully decorated by expert decorators and designers. The devotees took their lunch prasad in the basement hall.

In the evening, after the daily routines, a grand samuh raas was organized to mark the end of 69th and commencement of 70th birthday celebrations. Devotees and sant mandal provided live music for the occasion. As the samuh raas progressed, flags in the ceiling of the temple hall showing 69th birthday were gradually replaced by those showing 70th birthday. This was so delicately done that those who were not observant did not notice this activity. After the samuh raas was the display of lighting show and fireworks. HDH Acharya Swamishree stood on the cart that took him round the temple compound. He was adorned in delicately made flower garland embedded with multicoloured lights. Laser lights which produced multi coloured patterns covered the floors, walls and the entire area with effervescent light patterns. To end the day’s celebration, a colorful display of fireworks lit the dark skies. Everyone dispersed late in the night with a packet of mahaprasad and unforgettable memories of the day. 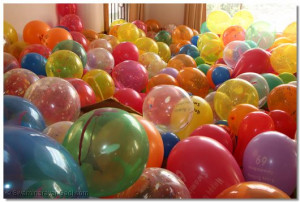 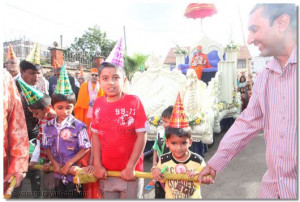 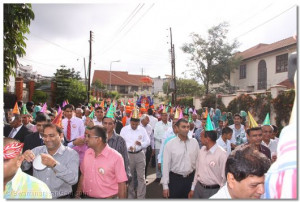 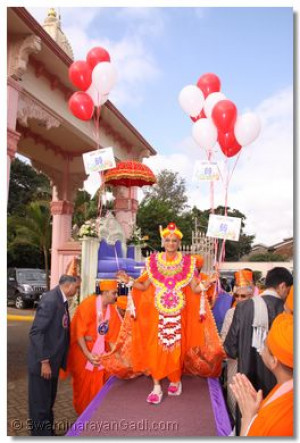 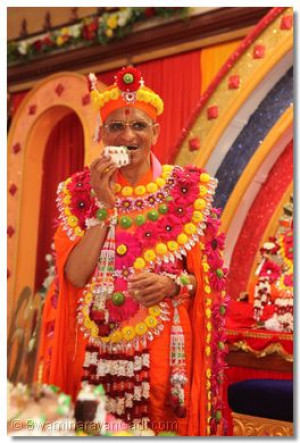 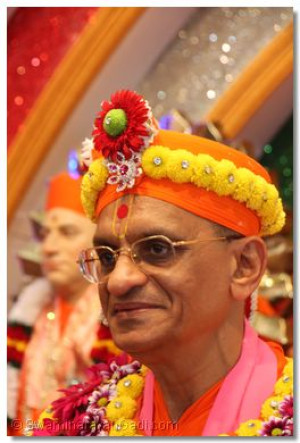