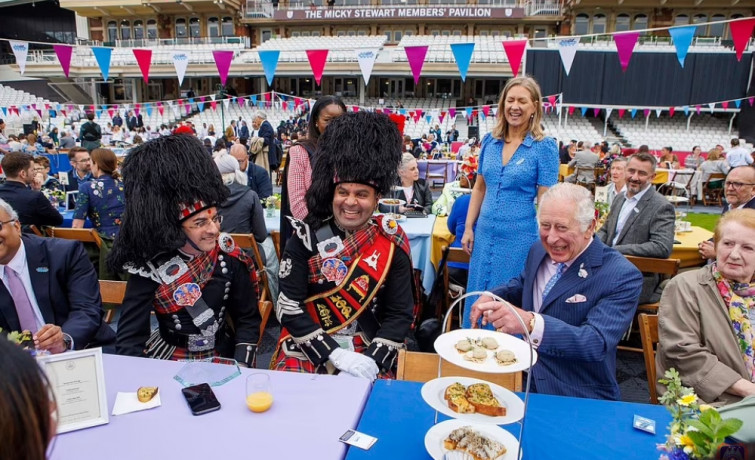 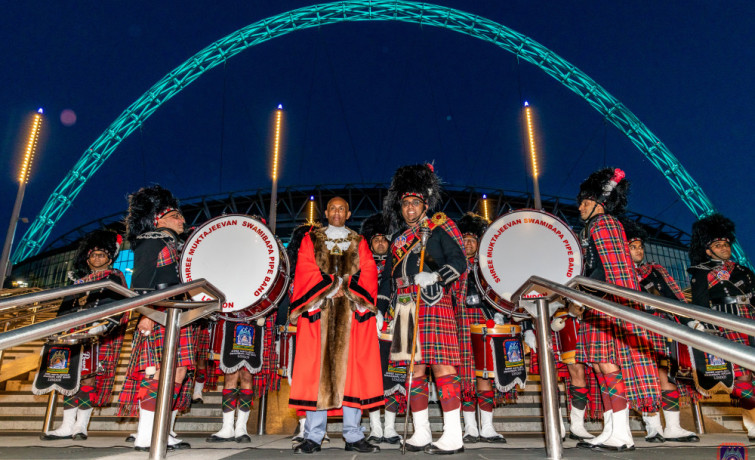 Shree Muktajeevan Swamibapa Pipe Band, led a number of high-profile events to mark Her Majesty The Queen’s Platinum Jubilee. The Band was the highlight of the Big Jubilee Lunch (Sunday 5th June) at the Oval cricket ground in South London, where the Prince of Wales and Camilla, Duchess of Cornwall, were present.

The Band saluted Their Royal Highnesses during the prestigious event, at which over 300 VIP guests attended, including members of the local community, winners of the Royal Voluntary Service's Platinum Champions Awards, celebrity ambassadors and various charity representatives. HRH the Prince of Wales took time to sit with members of the Band during the Lunch, and was fascinated to hear about the Mandir’s status as the world’s first eco-temple, and more recently, the first temple in Europe to open a COVID19 vaccination centre at the height of the pandemic.

Our participation in this flagship Jubilee event follows in the Band's long-standing affinity and association with Her Majesty the Queen, having performed before her in 2002 in the flagship parade along The Mall for her Golden Jubilee, and in the River Pageant on the Thames during her Diamond Jubilee in 2012.

2022 also marks the Band's own Golden Anniversary this year, and yet again being invited to perform at a Royal event was a befitting way to kick of the Band’s anniversary celebrations – which culminate in September this year during the Shree Swaminarayan Gadi Suvarna Mahotsav, when the Band will perform alongside its five sister Bands from around the world.

Earlier in the week, the Band led both the Hampstead Heath and Barnet Council’s joint Platinum Jubilee celebrations in Golders Hill Park, and the London Borough of Brent’s Platinum Jubilee Beacon Lighting later that evening on the steps of the iconic new Wembley Stadium. 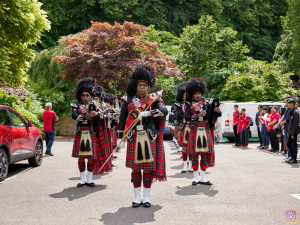 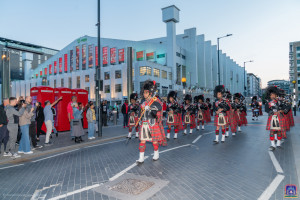 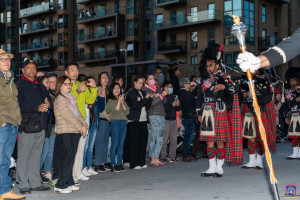 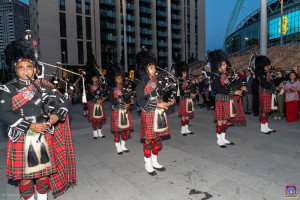 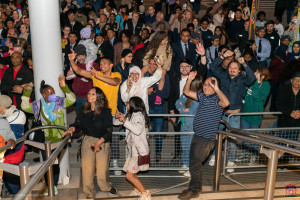 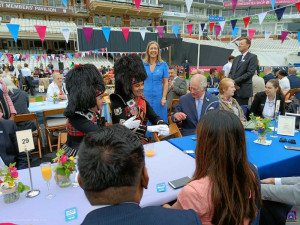