Final Sabha in London and conclusion of Scripture Recital 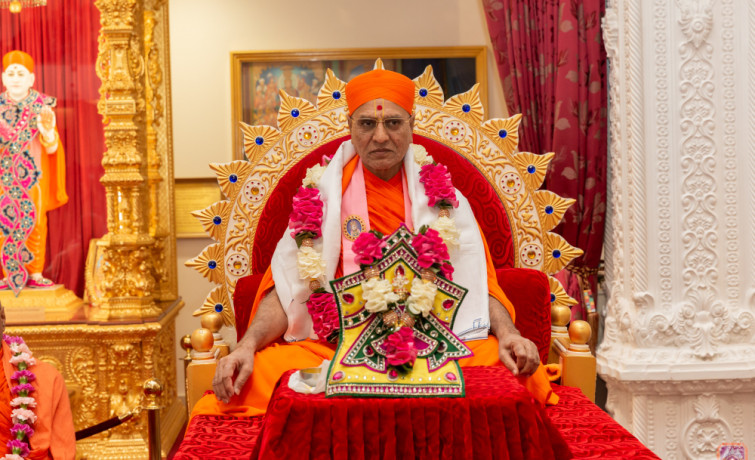 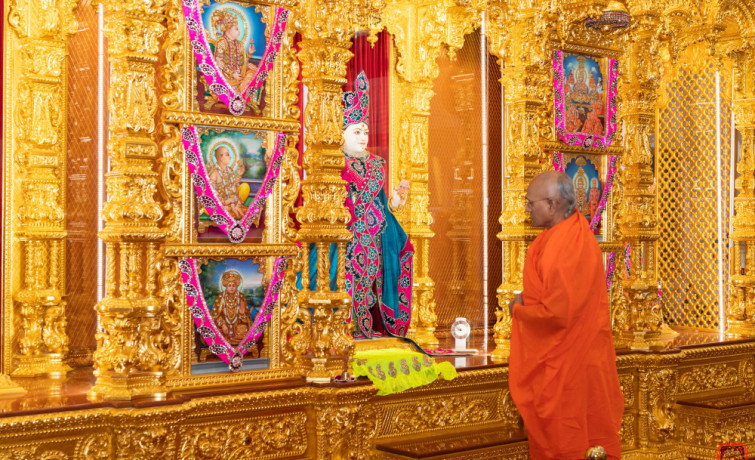 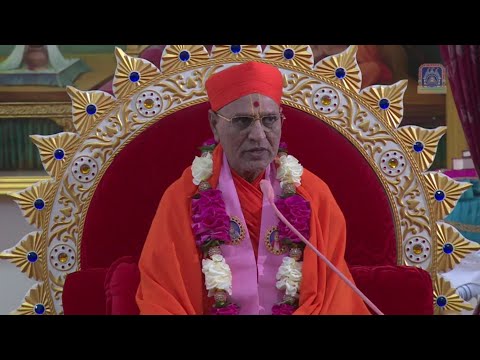 As part of Ved Ratna Acharya Swamishree Maharaj’s Asthi Suman Visarjan (scattering of His divine ashes) commemorations taking place in London, a three-day recital of the scripture, “Shree Purushottampriyadasji Swami” was held at Shree Swaminarayan Mandir Kingsbury, under the sponsorship of the entire Mandal.

The conclusion of the recital took place on Sunday 5th December, which was also the final sabha during Acharya Swamiji Maharaj’s first of many vicharans to the UK, and indeed, His first vicharan outside of India. The final sabha also coincided with the observance of Shree Sadgurudin.

The Shree Purushottampriyadasji Swami scripture describes the significant and memorable episodes in Ved Ratna Acharya Swamishree Maharaj’s remarkable life, up to the time of Jeevanpran Swamibapa’s departure from this mortal world. This first volume of His biography was published on His 75th manifestation day on 28th May 2017. It is just one petal in a much larger flower, as His divine episodes, superlative qualities and immense impact on the lives of so many, are too numerous to ever fully account; the world looks forward to many further volumes of this scripture in the near future.

Traditionally, one or two Sants conduct any scripture recital by reading extracts and delivering katha based on these. Under the inspiration of Acharya Shree Jitendriyapriya Swamiji Maharaj, for the first time in the history of Maninagar Shree Swaminarayan Gadi Sansthan, all the Sants present took read during the three-day recital – each morning of the recitals, three or four Sants read excerpts from the Shree Purushottampriyadasji Swami scripture, and took the opportunity to explain the divinity of Our Bapa by describing their own personal experiences with Him.

These were remarkable and emotional accounts, born out of the purest kind of love and regard that exists between a disciple and his Guru. Nowhere was the love, tenderness, compassion, paternal care and nurturing, which Ved Ratna Acharya Swamishree Maharaj afforded to His each and every disciple during the four decades of His tenure and Acharya of Shree Swaminarayan Gadi, more apparent than in His care of His most beloved category of disciple, His Sants.

These Sants have given up all worldly life – all of their wealth, relationships and societal status – to serve as ascetic Sants at the divine lotus feet of Lord Shree Swaminarayanbapa Swamibapa. That sacrifice and selfless servitude meant that such divine Sants have a truly unique bond with Bapa and a matchless insight into His divinity. As each Sant recounted his personal memories, their voices often broke with emotion as well as resonated with pride – such was their exceptional and deep relationship with Bapa. By the time the Sants delivered their accounts, there wasn’t a dry eye in the congregation as their emotion pierced everyone’s hearts.

As is tradition, the conclusion of any scripture recital includes honouring the reciters, by offering poojan to them. As such, the entire Sant mandal was honoured in this way, with senior representatives offering dhotiya and flower garlands to them. Acharya Swamiji Maharaj then showered His divine Ashirwad on everyone. During this final Ashirwad, He reminded everyone that the true way to honour Ved Ratna Acharya Swamishree Maharaj’s life and legacy, to demonstrate that we are all indeed His true disciples, was to live our lives according to the moral and pious path He has shown us, and remain united at the shelter of Shree Swaminarayan Gadi.

Acharya Swamiji Maharaj and the Mandal of Sants departed London on Monday 6th December, arriving in Maninagardham soon after. 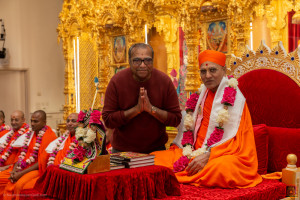 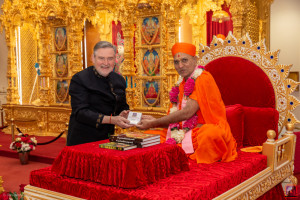 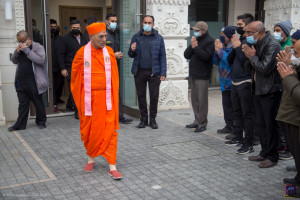 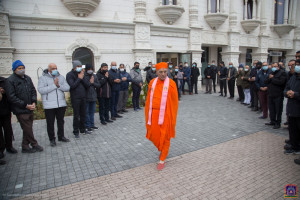 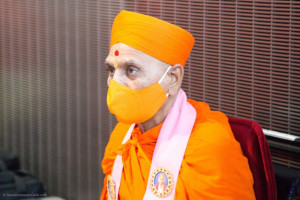 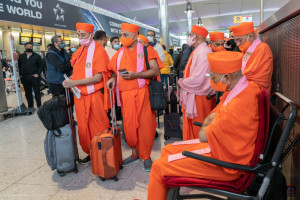