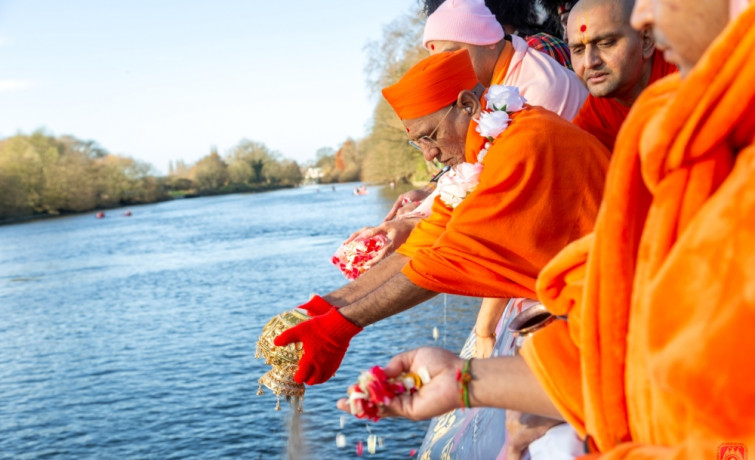 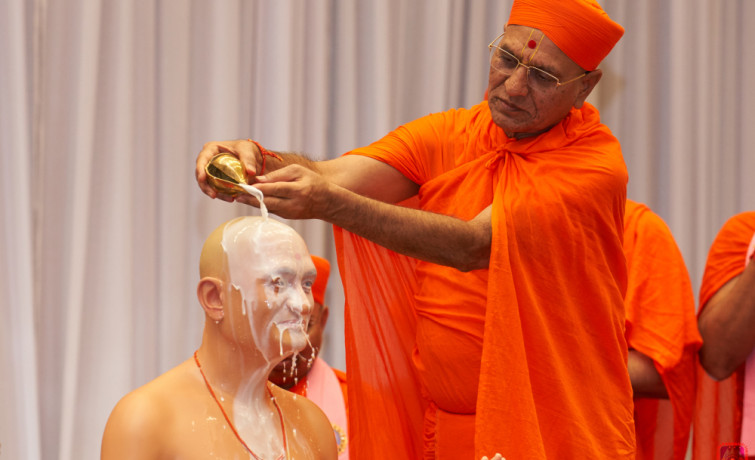 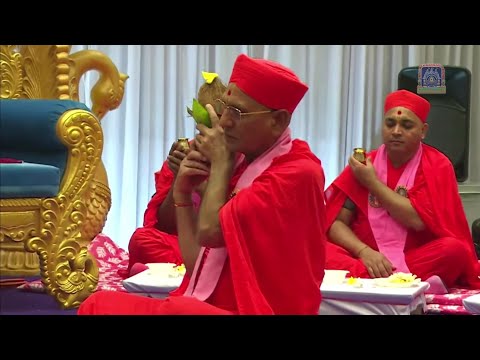 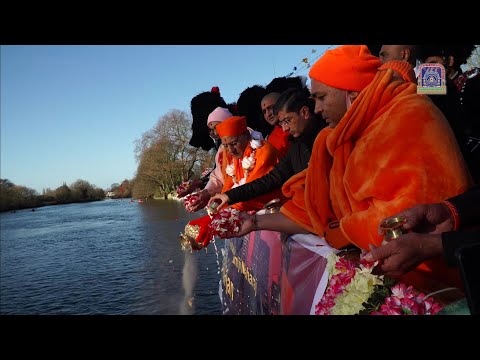 The earlier and forecasted rain cleared by the time Acharya Swamiji Maharaj arrived at Ham - a suburban district in Richmond, south-west London – to reveal a glorious sunny morning. It was here that in August 1979, Jeevanpran Shree Muktajeevan Swamibapa visited during His UK vicharan; following His departure from this mortal world, disciples residing in the UK scattered His divine ashes here on 6th October that year. Just prior to yesterday’s Maha Pooja, newly found footage of this historic event was shown in Mandir. Immersing Ved Ratna Acharya Swamishree Maharaj’s divine ashes here further cemented this location as a holy site of pilgrimage for the disciples of Shree Swaminarayan Gadi.

All the gathered disciples also had the opportunity to participate in this truly historic ceremony. They all were able to ceremonially bathe Ved Ratna Acharya Swamishree Maharaj’s divine ashes, by immersing the prasad snan water from yesterday’s bathing ceremony into the river. They also placed biodegradable, water soluble boats into the river on which they had written their personal prayers to Bapa – with so much left for so many to say to our Beloved Bapa, this was an opportunity for those sentiments to be expressed by all. All the while during the event Shree Muktajeevan Swamibapa Pipe Band played melodies in reminiscence or Bapa, including ‘Sahu na Pyara Swamishree’ and ‘Bhuli Na Re Jasho’. 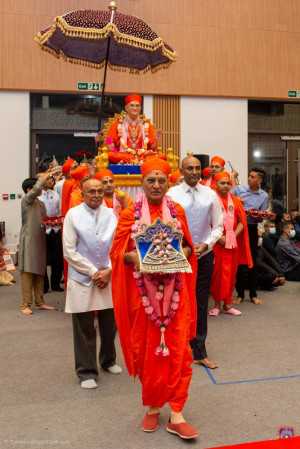 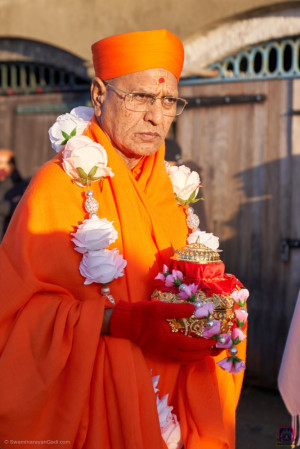 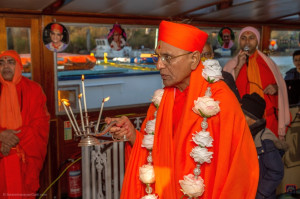 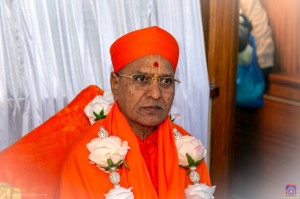 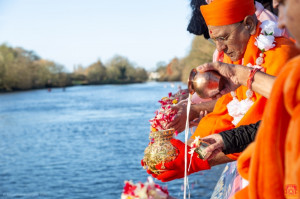 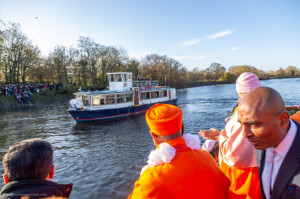