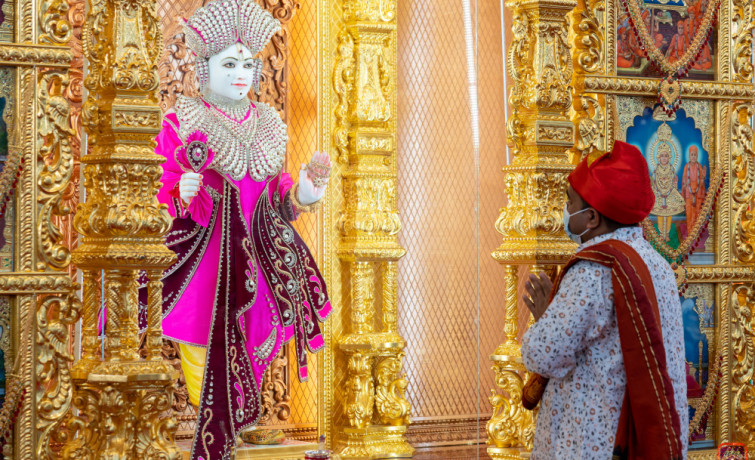 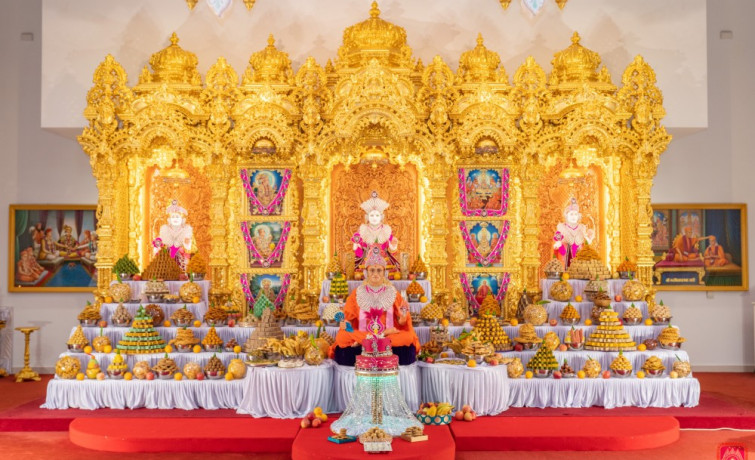 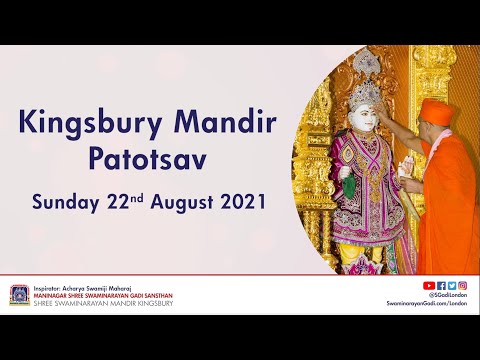 It was the hope and prayer of all disciples that Acharya Shree Jitendriyapriya Swamiji Maharaj would be able to personally perform this year’s Patotsav ceremony, but under the current global conditions this was not possible. Instead, Acharya Swamiji Maharaj gave His blessings to all by watching the entire ceremony online, and recorded a special Ashirwad for the occasion, which coincided with the Raksha Bandhan festival.

While the Mandir remained open all day for the community to come and have darshan of the Lord, the event was largely viewed online by hundreds of disciples. The Patotsav ceremony commenced at 8am with the shodsopachaar poojan – the live broadcast being interspaced with the darshan of Ved Ratna Acharya Swamishree Maharaj performing the ceremony in 2019 – the last time He would do so before willing to depart this mortal world.

The ritual performed, as established and defined by Sadguru Shree Gopalanand Swamibapa, was described in detail during the live broadcast, enabling disciples watching from home to fully participate.

A grand annakut, formed of sweets, savories and other delicacies was then offered to Lord Shree Swaminarayanbapa Swamibapa and Ved Ratna Acharya Swamishree Maharaj. Aarti was offered, in the Mandir by the poojari, and by the disciples from their homes. The divine blessings of Acharya Shree Jitendriyapriyadasji Swamiji Maharaj were heard, in which He explained that on behalf of all disciples, He was tying a gold rakhdis on the Lord on this occasion of Raksha Bandhan.

The Mandir then opened for disciples to come for darshan of the Lord presiding amongst the magnificent Annakut, and all visitors received a full meal prasad platter. 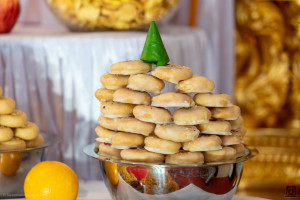 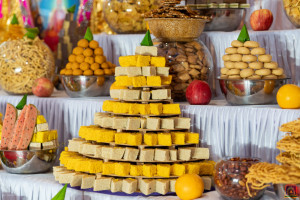 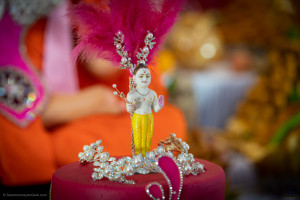 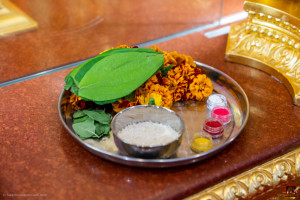 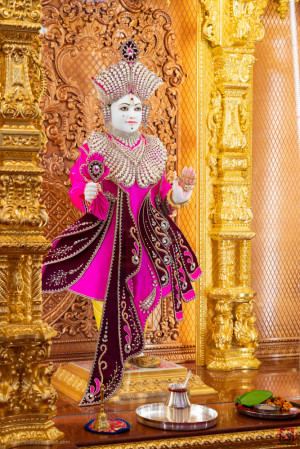 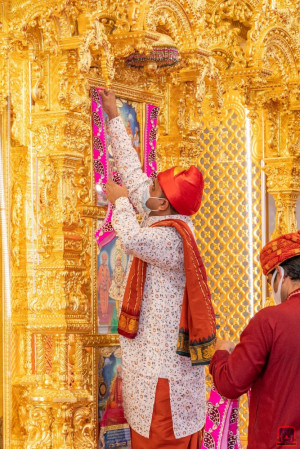