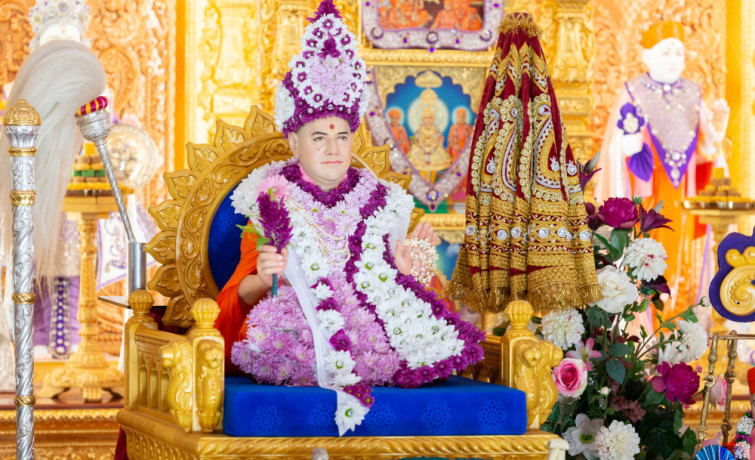 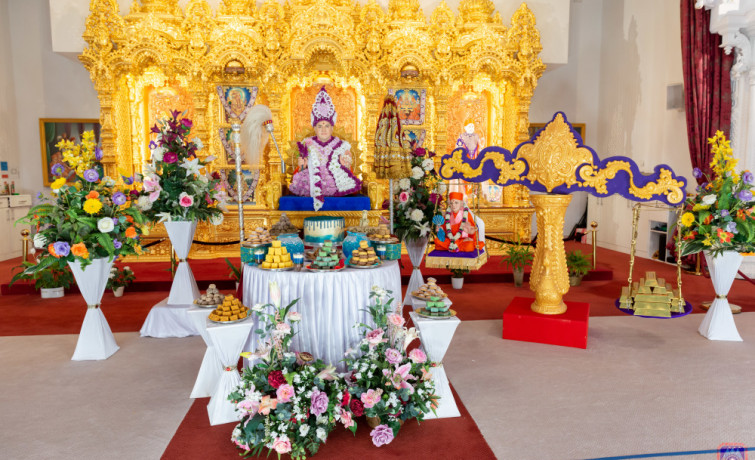 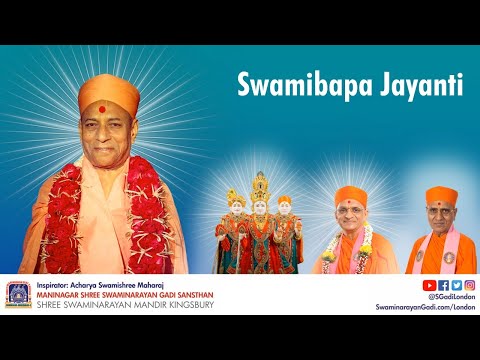 Thursday 17 September 2020 marked 113 years since Gurudev Shree Muktajeevan Swamibapa manifested upon the Earth. This auspicious and immensely joyous day was celebrated in all the Mandirs around the world, with poojan being performed to Gurudev Swamibapa, and disciples having the darshan of that adoration online through live broadcasts, under the current global circumstances.

Celebrations at Shree Swaminarayan Mandir Kingsbury included video darshan from 1979, during Jeevanpran Swamibapa’s final visit to the UK. As part of the celebrations to mark 72 years since His manifestation, a special Nagar Yatra was held through the streets of Hendon, which concluded at the Temple there, where the celebrations continued. During His Ashirwad on this occasion, Jeevanpran Swamibapa explained how truly blessed all those that took part in, or even witnessed, the parade were – in that everyone who had this splendid darshan would be granted the abode of the Supreme Lord Shree Swaminarayan. Acharya Swamishree Maharaj also addressed the congregation on this occasion, describing the true glory of Jeevanpran Swamibapa. He explained in no unclear terms that Jeevanpran Swamibapa is as powerful, capable, glorious and lustrous as the Lord Himself, but He had assumed this particular form solely in order to fulfil the spiritual desires of His disciples – such as giving them the opportunity to offer Him such adoration today.

The broadcast then switched to a live feed from Shree Swaminarayan Mandir Kingsbury, where Jeevanpran Swamibapa was offered poojan, and adoration in the form of lavish food items. A beautiful flower chaadar and moogat were adorned on Him on this most auspicious of occasions. Disciples simultaneously offered poojan and thaar in their homes, before Maharaj offered aarti to Swamibapa in Mandir, as did disciple at their own homes. Acharya Shree Jitendriyaspriyadasji Swamiji Maharaj also blessed the disciples at Shree Swaminarayan Mandir Kingsbury on this occasion, sending His greeting and blessings via an earlier telephone call, which were conveyed to all those watching these celebrations online this evening. 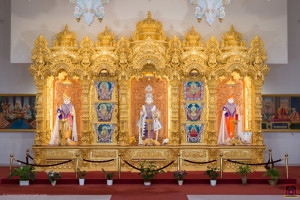 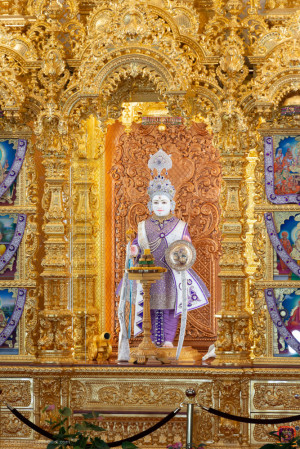 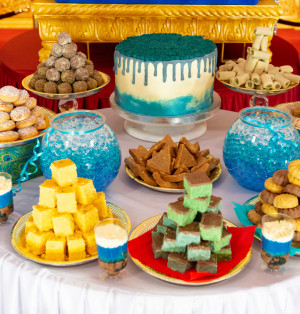 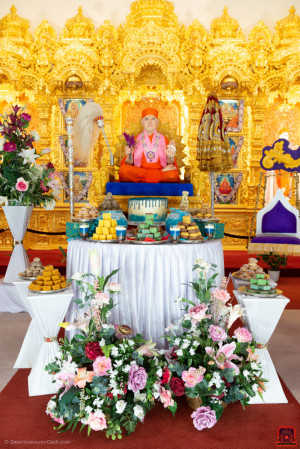 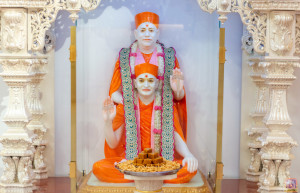 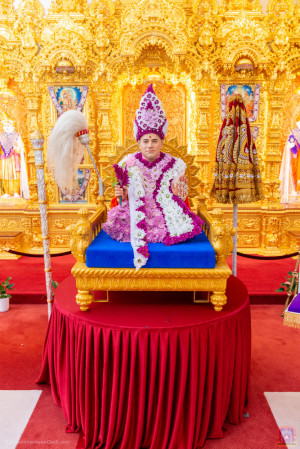