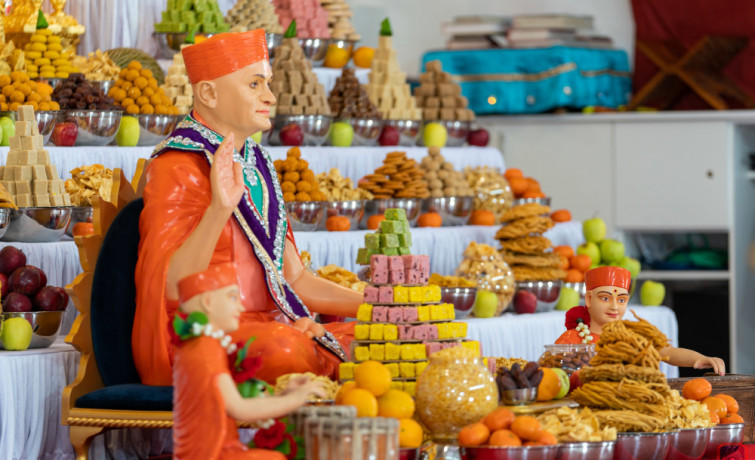 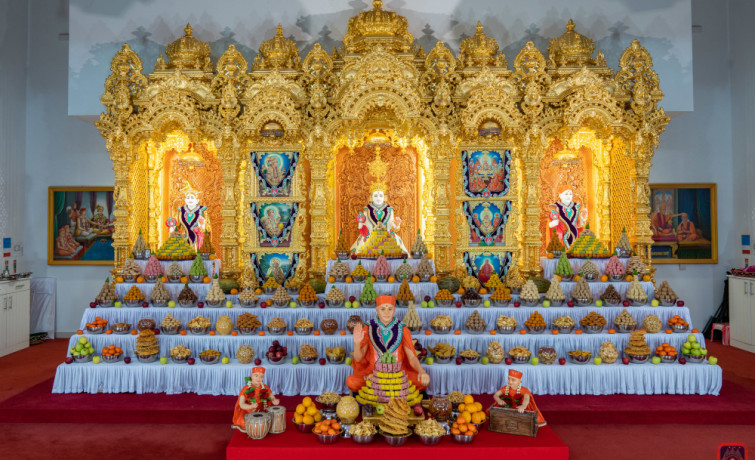 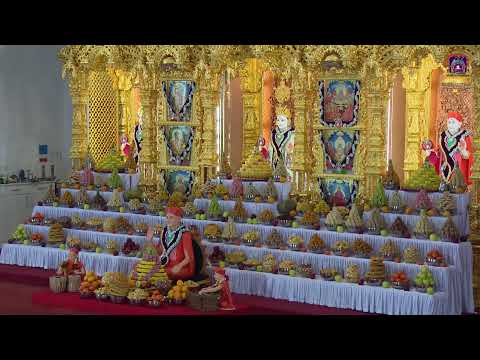 On the 23rd August 2020, the 6th Anniversary of Shree Swaminarayan Mandir, Kingsbury and the installation of the murtis of Shree Ghanshyam Maharaj, Shree Jeevanpran Abji Bapashree and Shree Muktajeevan Swamibapa in the beautiful golden sinhasan was celebrated with an online assembly.

At 8am, the patotsav ceremony commenced with the shodsopachaar poojan. The ceremony was interspaced with darshan of last year’s patotsav, when Acharya Swamishree Maharaj performed it in Kingsbury Mandir for the last time.

The sequence of rituals performed during the patotsav (anniversary of Murti installation) ceremony was defined by Sadguru Shree Gopalanand Swamibapa. This ceremony, involving the different ways of performing adoration to the Lord, in this particular sequence, and with the recital of the defined verses to accompany each stage of the adoration, have continued to be performed by our lineage of spiritual leaders, our Guruparampara, to the present day during the anniversary of Mandirs of the Sansthan.

Disciples joined in with the ceremony from their own homes, as instructions explaining each part of the ceremony was shown on their screens.

Finally, rice and flower petals were offered at the Lord’s lotus feet whilst chanting the Janmangal Namavali. This is the recital of the 108 names of the Lord, together with recital of Om Shree Swaminarayanbapa Swamibapa Bhagwate Namaha, after each name. The Janmangal Namavali is a collation of 108 names with which the supreme Lord Shree Swaminarayan is described and referred to. It was collated by Sadguru Shree Shatanand Muni. Each name describes the unsurpassed glory and innumerable blissful attributes of almighty Lord Shree Swaminarayan. With the recital of each name, one bows reverently to the Lord.

A magnificent annakut darshan formed of sweets and other delicacies was then offered to Lord Swaminarayanbapa Swamibapa. Aarti was performed, in the Mandir by the priest, and by the disciples from their homes.

The divine blessings of Acharya Shree Jitendriyapriyadasji Swamiji Maharaj were heard, after which dhoon was performed to conclude the anniversary assembly.

The Mandir then opened for disciples to come for darshan of the Lord presiding amongst the magnificent Annakut. 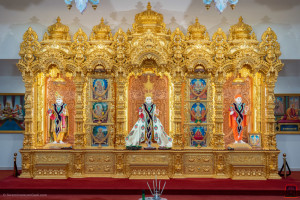 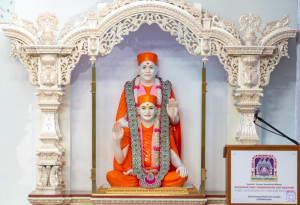 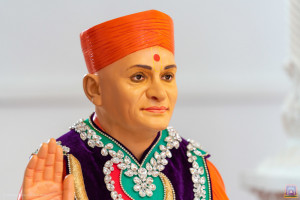 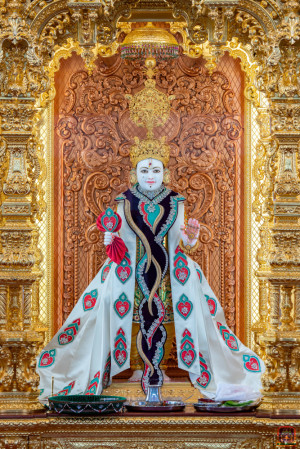 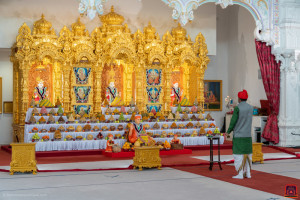 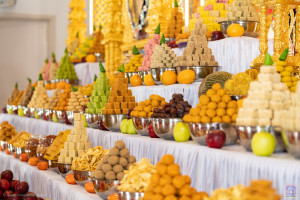