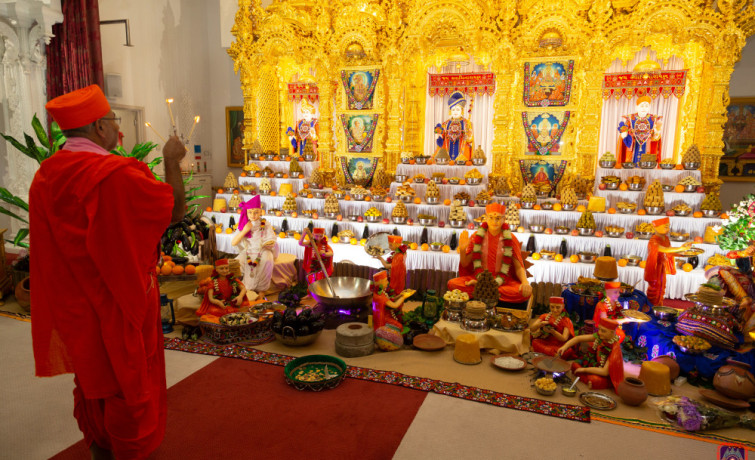 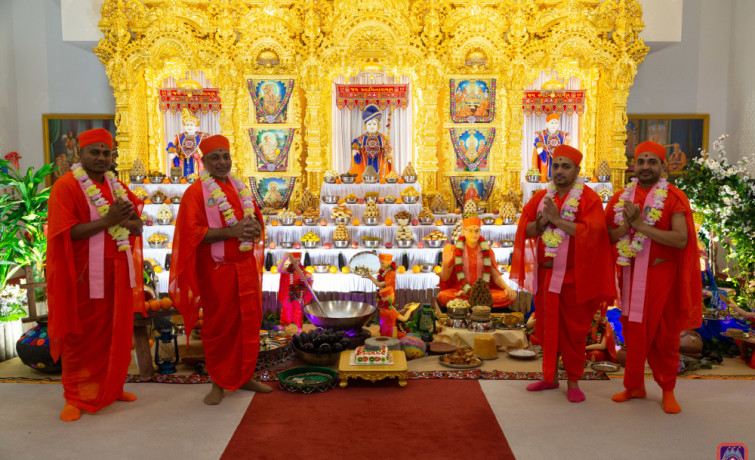 The presence of the Sants not only evoked remembrance of the original Shakotsav in Lord Shree Swaminarayan’s lifetime in 1820 CE, but rekindled memories of Shakotsav 2014 at Kingsbury, in prelude to the Mandir’s Grand Opening, during which Acharya Swamishree Maharaj re-enacted the Lord’s divine episode by personally cooking on a grand stage before a huge audience.

In Samvat 1877 (1820 CE), Kartik Vad 10, during an assembly in Loya, Lord Shree Swaminarayan summoned for aubergines, ghee, salt, spices, sugar and chillies, and prepared a delicious aubergine curry - and cooked the meal for the masses Himself. This marked the beginning of the Shakotsav festival. The young students of Swamibapa Gujarati School delivered a short skit to convey the key learnings from this divine episode, such as the important lesson of selfless servitude.

A magnificent display of food offerings in the form of a grand Annakut was placed before Lord Shree Swaminarayan, Jeevanpran Abji Bapashree, Jeevanpran Shree Muktajeevan Swamibapa and Acharya Swamishree Maharaj.

The evening’s events commenced with Katha delivered by the Sants, followed by the skit and Ucchav, and concluded with everyone enjoying a communal Prasad dinner together, which of course included plenty of aubergine curry. During their sermon, the Sants reminded everyone that those who rightly believe the supreme Lord Shree Swaminarayan to be ever present, will experience the same divine joy today as those who were present at the Shakotsav festival in Loya some 200 years ago. 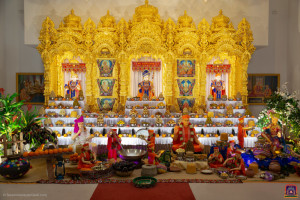 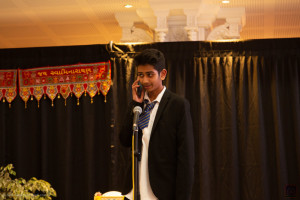 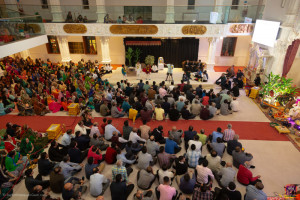 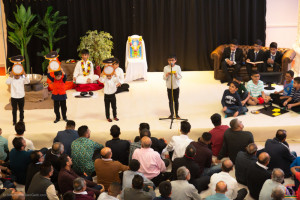 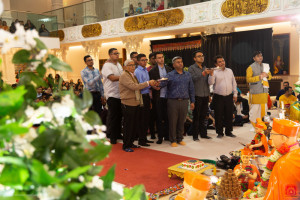 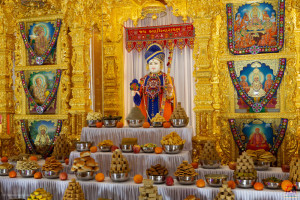