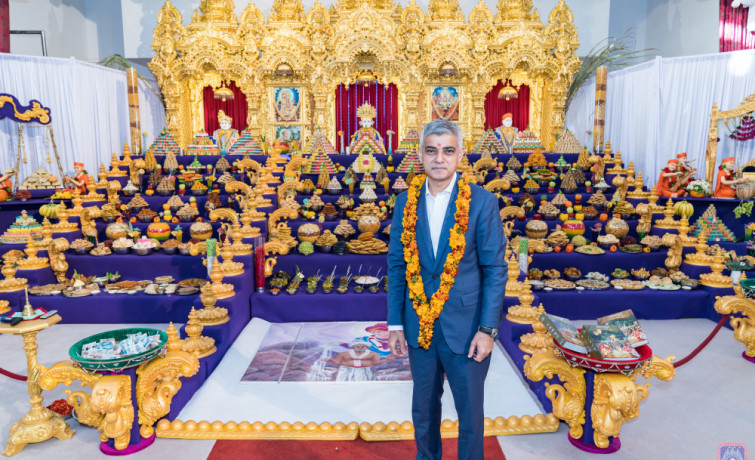 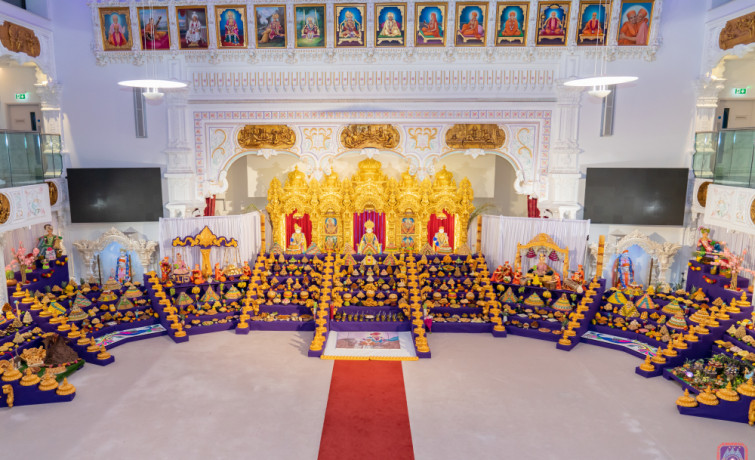 The festive period officially ends for us on 3rd November with our traditional Diwali Blood Donation session at the Mandir, and in keeping with the charitable theme, visitors have been generously donating food items throughout the period, for distribution to local food banks and charities.

Addressing the packed Mandir, the Mayor of London, Sadiq Khan, enthused, “As I walked up towards the Mandir, the word ‘wow’ springs to mind, even though I’ve been here many times before. This Shree Swaminarayan Mandir in Kingsbury is literally one of the best Mandirs not just in our city, not just in our country, not just in Europe, but in the world.” The Mayor officially kicked off the New Years Day celebrations by lighting the flame of peace alongside Mandir trustees.

Met Police Commander for Crime Prevention, Inclusion & Engagement, Mark McEwen, who also attended, remarked, “This is my first visit to this amazing temple, and it is stunning, it is beautiful. Words fail me. It’s a very inspirational place to come to see, so thank you for the opportunity.”

Reiterating his Diwali message to London, the Mayor said, “We talk about Diwali as being a time for celebrating good over evil, commemorating the fact that light overcame darkness and it’s a time we remember that friendship overcomes enmity. But it doesn’t happen by itself, it happens because of the hard work of wonderful communities like the one here in this Shree Swaminarayan Mandir Kingsbury.”

“It strikes me that in some ways there are parallels between what we at the Metropolitan Police Service are trying to do in building a safer London for everybody and what you have manged to achieve here… You have done this through the efforts of the community.”

The Mayor commended the numerous community and charitable activities inspired by Acharya Swamishree Maharaj, and His mission to ‘Inspire the Community’ that we live in to unite with us in these causes.

“One of the wonderful things about this Mandir is that it’s a beacon, it’s a lighthouse, not simply in the faith but in relation to culture. We heard about music, the arts, sports, the sense of community, the sense of charity. And so, I’ll end my few words by saying thank you – thank you for all the things that you do.”

The Mayor closed by remarking,

Acharya Swamishree Maharaj delivered a special New Year’s Ashirwad via video, in which He Said:

“The season of Diwali and start of the New Year is the celebration to bring true illumination and rejuvenation into one’s life. Reflect on yourself and identify the flaws, hostilities, angers, enmities, deceit, immorality and harshness that have become forged within you. Remove these vile traits, and replace them with unity, love, compassion, spirituality, sincerity, and the wisdom to earn an honest living; and thereby, ignite true illumination within your life, your family and society.”

Local mayors, MPs, Councillors and other community leaders, as well as thousands of people from the local community and beyond streamed through the Mandir throughout the day, which was constantly packed. Hourly aarti ceremonies soon shifted to half-hourly to accommodate the unprecedented number of visitors who had come from far and wider to have the darshan of the Lord amidst the now famous Annakut food display. 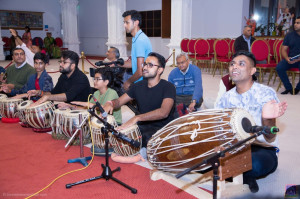 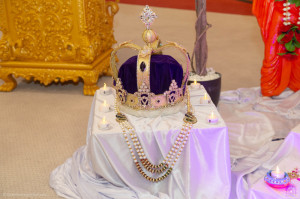 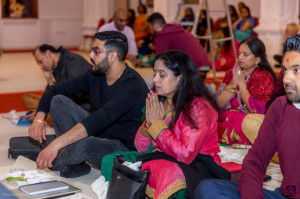 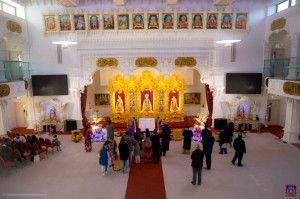 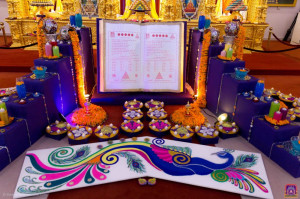 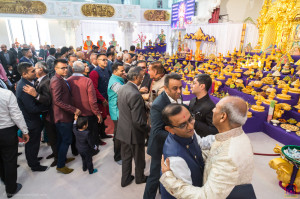