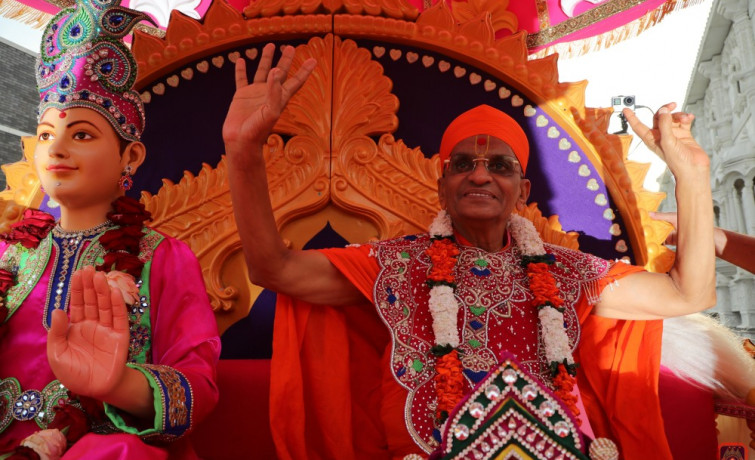 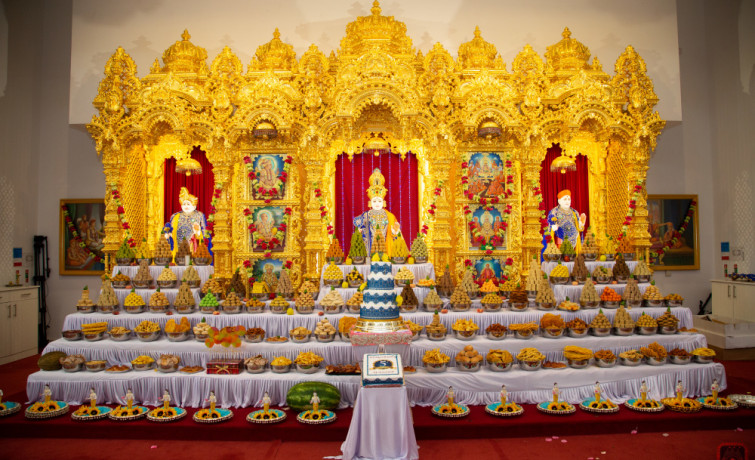 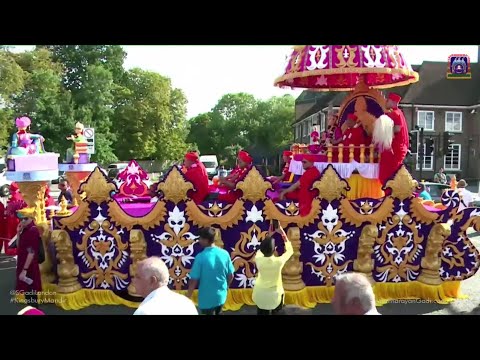 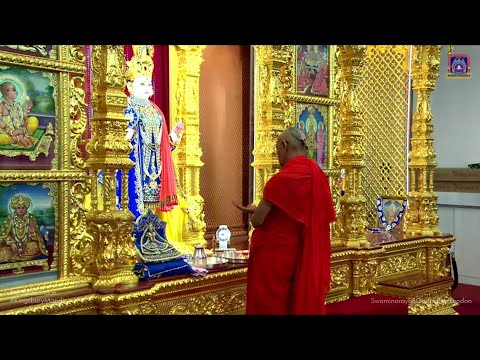 Celebrations marking the fifth anniversary of the Mandir kicked off on Saturday 24 August with a Grand Parade through the streets of Kingsbury, and concluded on Sunday 25 August with Acharya Swamishree Maharaj performing the Patotsav ceremony at Shree Swaminarayan Mandir Kingsbury.

Due to the grace of the supreme Lord Shree Swaminarayanbapa Swamibapa, the sun was shining throughout the celebrations during one of the warmest weekends of the year, making the festival even more enjoyable.

The Queen’s Deputy Lord Lieutenant of Greater London, Simon Ovens DL FCM, MP Barry Gardener (Lab. Brent North), and Leader of Brent Council Mohammed Butt joined Acharya Swamishree Maharaj on Saturday 24 August to start the celebrations with great colour, music and fervour, as a magnificent Grand Parade made its way through the streets of Kingsbury. The Parade started at St Lukes Hospice in nearby Kenton, one of several charity partners that the Mandir supports. To date, the Mandir has raised a staggering £60,000 for the hospice, included £10,000 raised this year for which a cheque was presented to the Hospice by Acharya Swamishree Maharaj. Hundred of onlookers, mostly families with young children, lined the three-mile route to Mandir to see the Parade, which saw dancers, floats, musicians and more, all led by Shree Muktajeevan Swamibapa Pipe Band. Acharya Swamishree Maharaj bestowed His darshan from a resplendent chariot throughout the parade. All the performers had been preparing for months for this occasion, and those involved in the preparation of the floats and chariots, much longer.

The fifth Patotsav Ceremony took place on Sunday 25 August, commencing at 8.30am, with Acharya Swamishree Maharaj leading the shodsopachaar poojan and Samarpan Vidhi. A grand Annakut was then placed before Lord – dozens of sweets and savouries had been lovingly prepared by the devoted Sants. The sponsors of today’s event then brought gifts into the Mandir, and lovingly offered them to the Lord and Acharya Swamishree Maharaj.

Throughout the two-day festival, the disciples of Kingsbury Mandir were joined by their Shree Swaminarayan Gadi brethren from Kenya, India, USA, Australia and from across the UK, all coming together celebrate with each other, and with Lord Shree Swaminarayanbapa Swamibapa and Acharya Swamishree Maharaj. 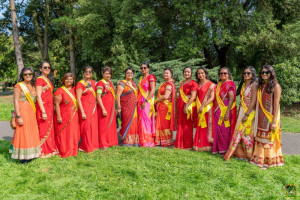 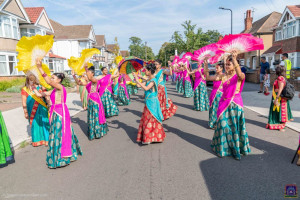 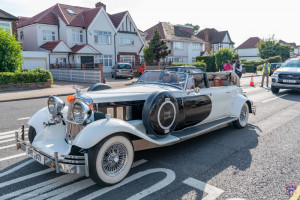 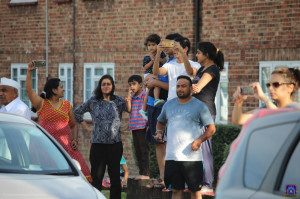 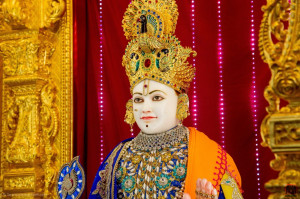 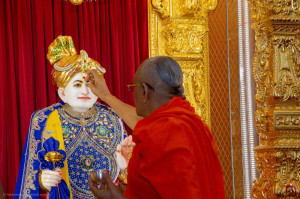