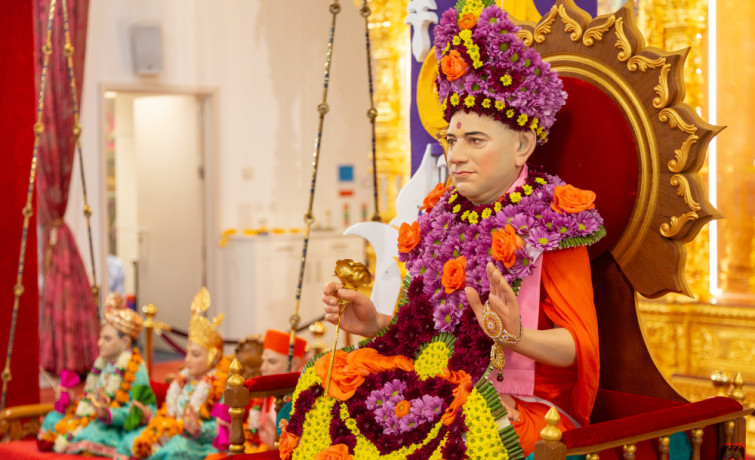 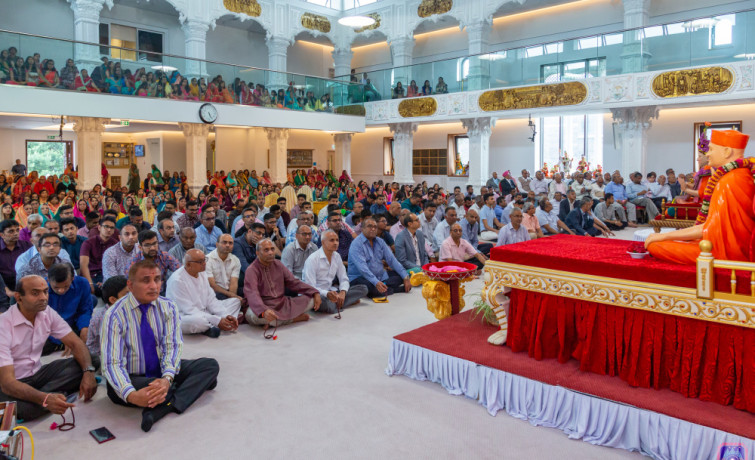 Gurupoonam was celebrated by the community at Shree Swaminarayan Mandir Kingsbury on Sunday 21st July. With the actual date of Gurupoonam clashing with the rituals associated with the Lunar eclipse earlier in the week, the event was pushed back to the weekend, which also meant many more people were able to enjoy the occasion from the very start.

Jeevanpran Swamibapa has explained the significance of this occasion, and established it as one of the three main festivals of the Swaminarayan sampradaya throughout the year. Swamibapa explained that Gurupoonam is a day to recognise the importance of, and pay homage and reverence to, one’s true Guru. The word Guru is derived from Sanskrit. Gu, meaning darkness and Ru, meaning light, and so he who enlightens the ignorant (darkness), is called a Guru. At Shree Swaminarayan Gadi, we are blessed indeed to have the shelter of the supreme Guru, our beloved Lord Shree Swaminarayanbapa Swamibapa and Acharya Swamishree Maharaj.

Disciples gathered from early afternoon as Shree Muktajeevan Swamibapa Pipe Band formed up to escort Jeevanpran Swamibapa into the Mandir. The Band saluted Gurudev Jeevanpran Swamibapa, before leading Him into the Mandir with the fanfare and gusto that it is renowned for. All the gathered disciples had the opportunity to offer poojan and aarti to Swamibapa on this auspicious occassion. The congregation then received Acharya Swamishree Maharaj’s divine Ashirwad via a live video link, as He presided over the Murti Pratishtha Mahotsav in Virginia, USA – everyone was delighted that the time difference between the UK and US made this a possibility.

The evening concluded with everyone receiving Prasad. 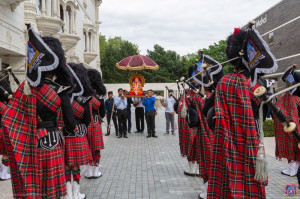 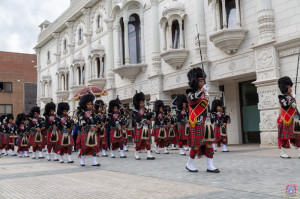 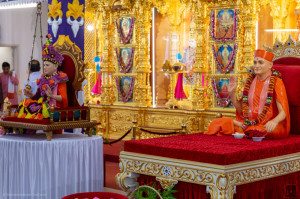 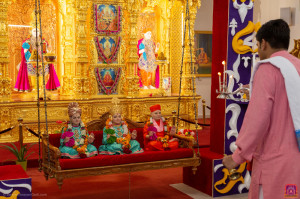 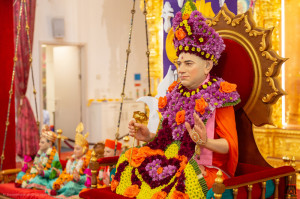 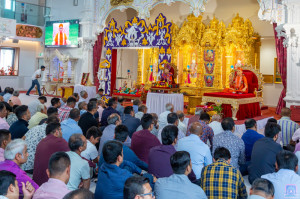