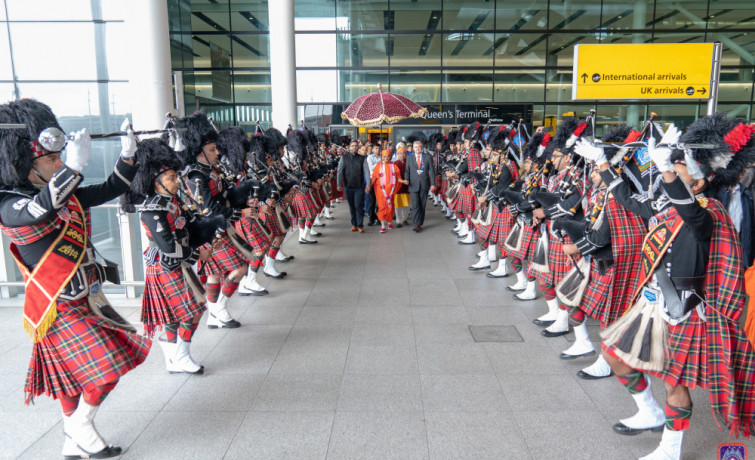 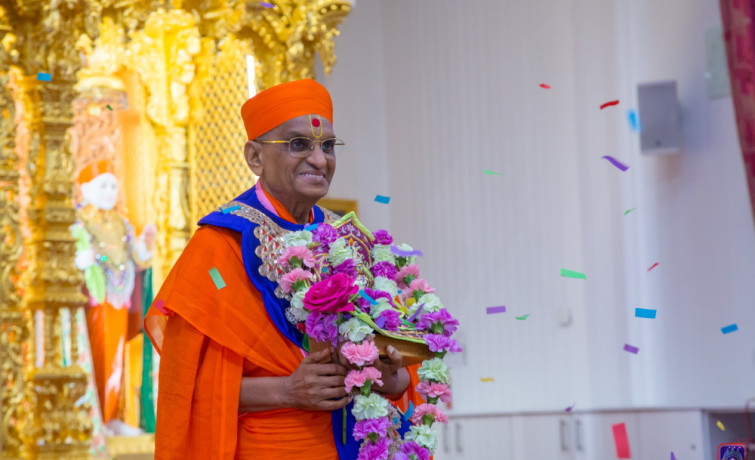 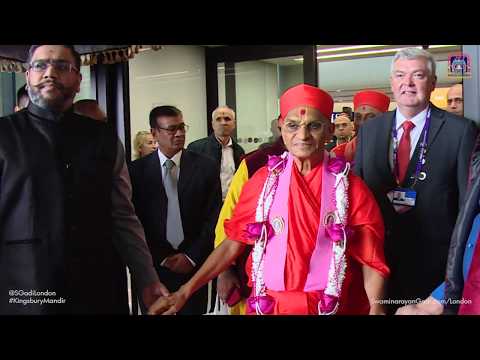 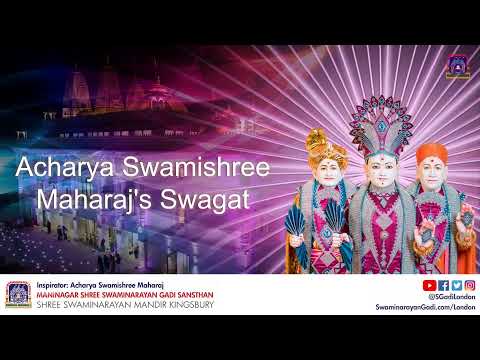 On Monday 10th June 2019, Acharya Swamishree Maharaj, arrived in London for His 31st vicharan to the UK with 14 santos, to the delight of his UK disciple.

His Divine Holiness Acharya Shree Purushottampriyadasji Swamishree Maharaj arrived for his annual UK visit with a welcoming ceremony with senior officials from Heathrow Airport. They were keen to pay their respect to him following his recent award of the title of ‘World Peace Ambassador’ by the International Peace Research Association (IPRA) - the largest and most established global professional organisation in the field of peace research.

This is the first time Acharya Swamishree Maharaj has visited the UK since receiving the distinguished title of World Peace Ambassador.

Bapa and sants arrived at the mandir around midday and were greeted by many eager disciples. The evening’s welcoming sabha commenced with Acharya Swamishree Maharaj performing Sandhya Aarti. He was then adorned with vaaga from the day’s sponsors and led by them into the sabha. Young disciples then performed a dance to welcome Bapa to London. Following the dance, representatives of Shree Swaminarayan Mandirs around the world, performed poojan to Acharya Swamishree Maharaj on behalf of the entire congregation, and adorned Him with flower garlands.

This year, Acharya Swamishree Maharaj, will be presiding over the fifth anniversary celebrations of Shree Swaminarayan Mandir Kingsbury take place on 25 August 2019, with a spectacular parade through Kingsbury on the preceding afternoon, on 24 August 2019. For more details, visit SwaminarayanGadi.com/London 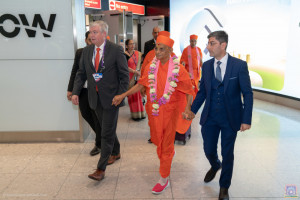 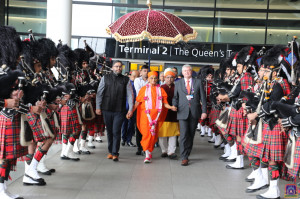 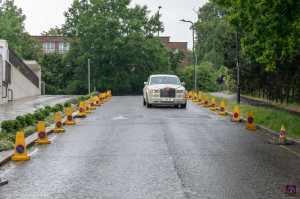 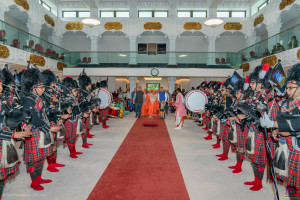 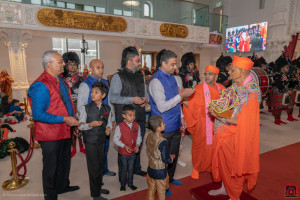 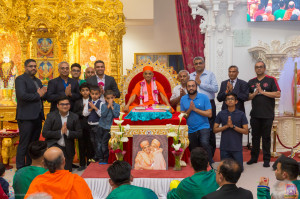