NHS blood and transplant Volunteer of the Year Award 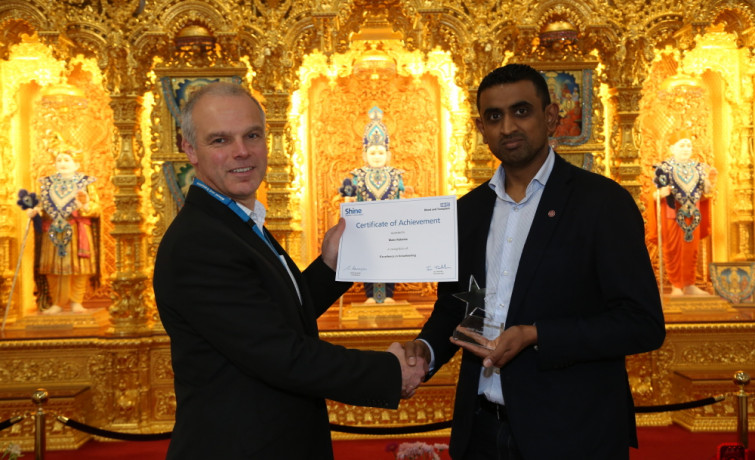 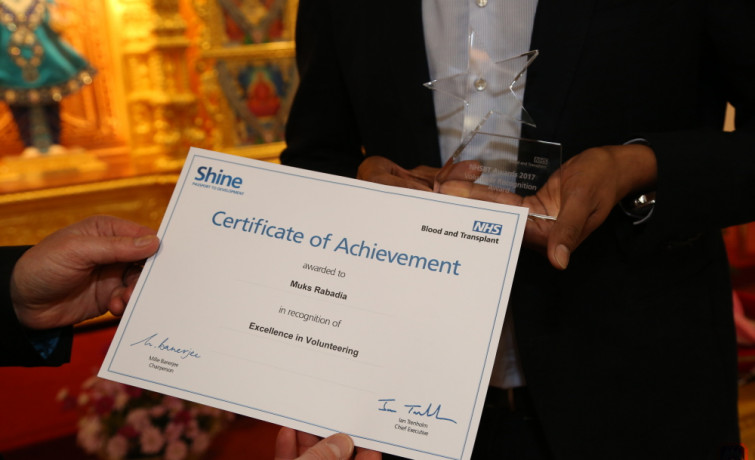 Muks Rabadia, a member of Shree Swaminarayan Mandir Kingsbury, has been presented with an commendation by the National Health Service Blood and Transplant unit for his tireless work in promoting blood donation within the Asian community.

The Spiritual head of Maninagar Shree Swaminarayan Gadi Sansthan (the umbrella organisation of the Mandir in Kingsbury) Acharya Swamishree Maharaj has inspired numerous blood donation sessions around the world. He Himself became one of the first Hindu leaders to promote the importance of donation blood. At the opening of a Mandir in Mahalaxmi, Mumbai in 1989 Acharya Swamishree Maharaj lead by example and donated blood which was the start of blood donation campaigns and session in America, UK, India and Africa.

Muks is 38 years old and has already donated blood 60 times. He has been involved in organising blood donation sessions at Shree Swaminarayan Gadi Sansthan Mandirs in Kingsbury, London and Bolton, Greater Manchester. Muks has also helped Golders Green Synagogue, London establish sessions near the location of the previous Mandir. To date 3514 units of blood have been collected at these sessions and 1125 new donors have registered and given blood.

The Volunteer Recognition Award and the Certificate of Achievement was presented by the Director of Blood Donation (NHSBT) Mike Stredder. Mike said “The work done by this community in promoting blood donation is incredible. We have seen that this has help maintain stocks of rare blood especially B- and 0-.” 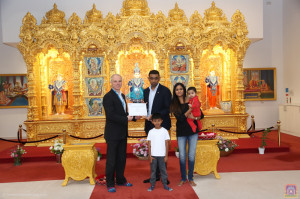 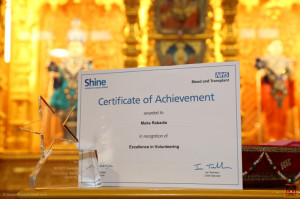 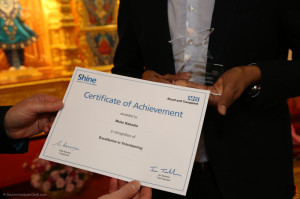 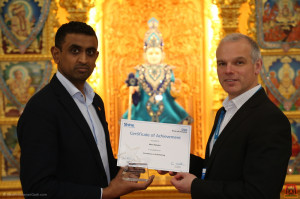 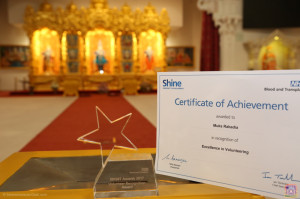 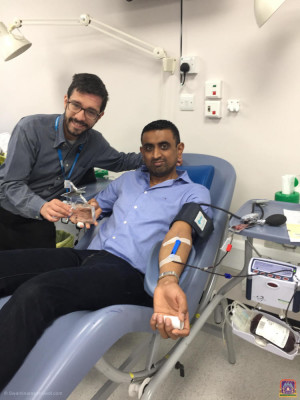