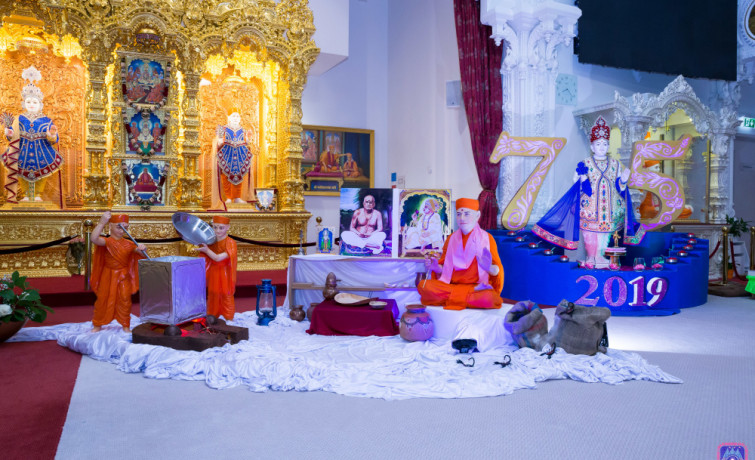 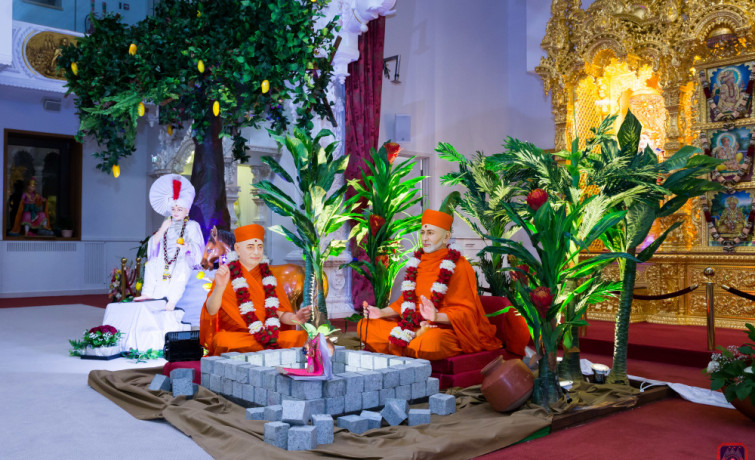 Although these anniversaries are celebrated each year at the Mandirs of Maninagar Shree Swaminarayan Gadi Sansthan, this year's celebration came with greater significance, as Acharya Swamishree Maharaj marked the official start of Shree Ghanshyam Maharaj Amrut Mahotsav. This grand festival to be held in February 2019 marks 75 years since the supreme Lord Shree Swaminarayan came to preside in Maninagar Mandir.

At Shree Swaminarayan Mandir Kinsgbury, a special display was set up to remind disciples, particularly the younger generations, of the significance of our sacred headquarters and the history of how it was established.

The first display depicted the fact that Lord Shree Swaminarayan passed through Maninagar many times, where He often sat and rested under a particular mango tree - the precise location where he presided at Maninagar forevermore.

The third exhibit illustrated Jeevanpran Swamibapa's first arrival in Maninagar, when whilst looking for cooking items, a line of scorpions emerged from a sack of coal and Swamibapa declared, "These are not ordinary scorpions. They represent the abundant, overflowing wealth that will arise from here." 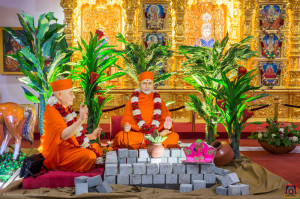 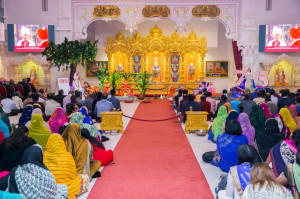 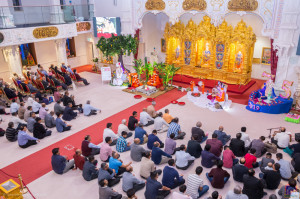 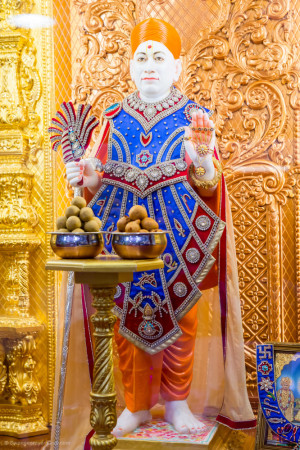 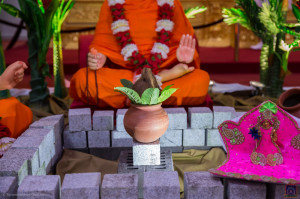 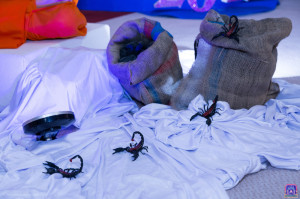