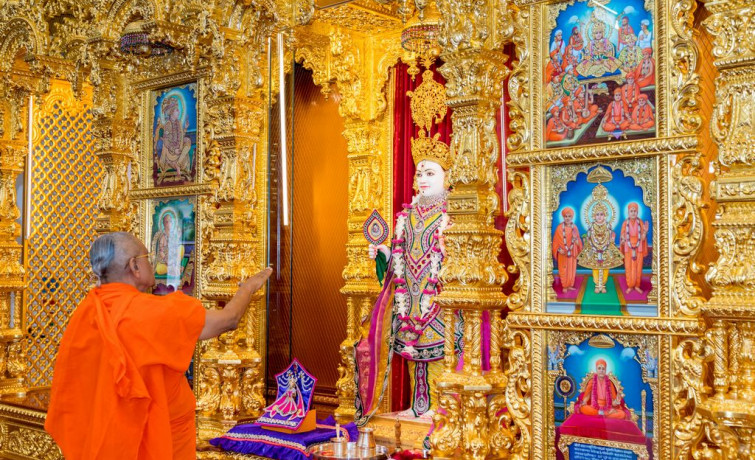 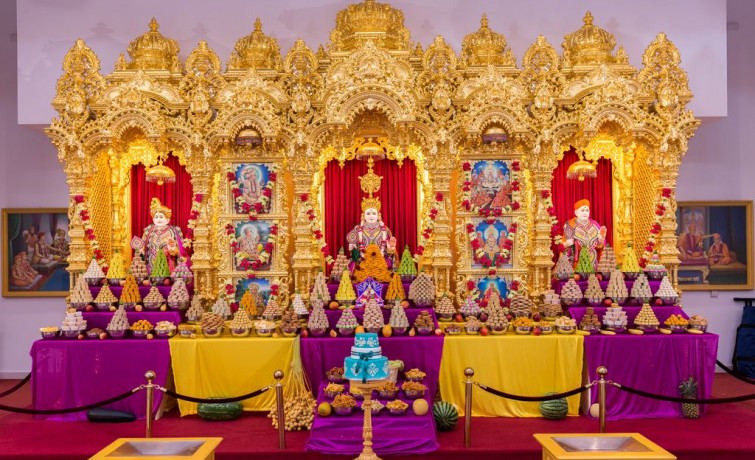 On the 27th August 2017, Acharya Swamishree celebrated the 3rd Anniversary of Shree Swaminarayan Mandir, Kingsbury and the installation of the murtis of Shree Ghanshyam Maharaj, Shree Jeevanpran Abji Bapashree and Shree Muktajeevan Swamibapa in the beautiful golden sinhasan.

At 8am Divine Holiness Acharya Swamishree commenced the patotsav ceremony with shodsopachaar poojan. The patotsav ceremony continued with the abhishek (ceremonial bathing) of Shree Ghanshyam Maharaj, Shree Jeevenpran Bapashree and Shree Muktajeevan Swamibapa followed by the samarpan vidhi during which Acharya Swamishree, the sants and devotees placed flower petals at the lotus feet of Lord SwaminarayanBapa Swamibapa whilst chanting the janamangal stotra.

The sabha then moved to Purushottam Mahal where Acharya Swamishree gave his divine ashirwad and explained that Lord Swaminarayan Bapa has come down to Earth from Akhardham for the benefit of His disciples, and that He wishes for the happiness of all souls and bestows peace on those souls that are in pain. The ashirwad continued that only Lord SwaminarayanBapa is capable of burning the sins of devotees. As long as one’s sins and fruits of one’s actions are with them, they cannot achieve atyantik kalyan (joining with the Lords murti). However, for those who, due to the mercy of the Lord, fulfil the five vartman (vows); the Lord will burn all their sins and they will attain the Lord’s murti.

On concluding the ashirwad, the sabha performed dhoon, and the day’s celebrations concluded with a prasad thaar for all members of the congregation. 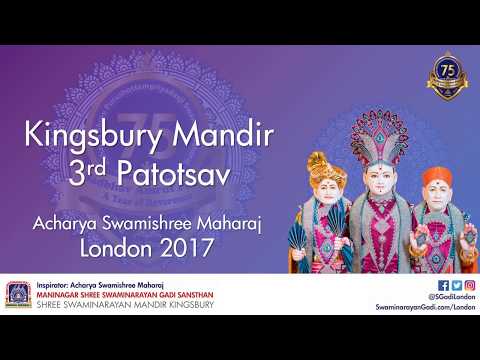 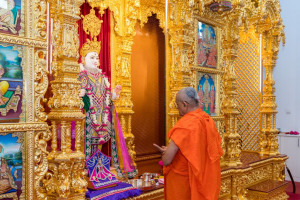 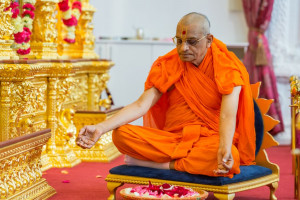 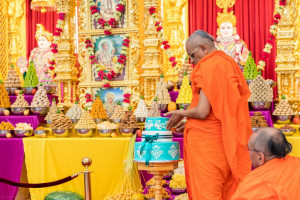 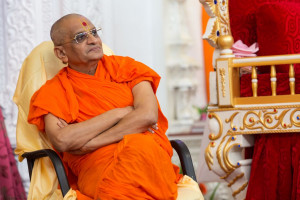 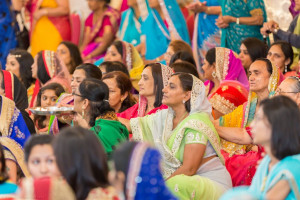 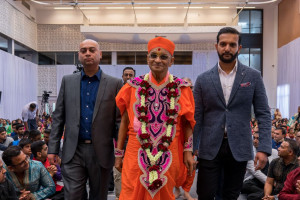