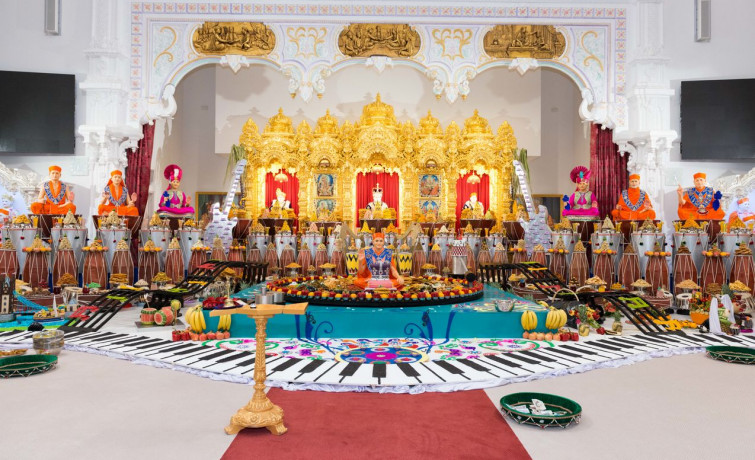 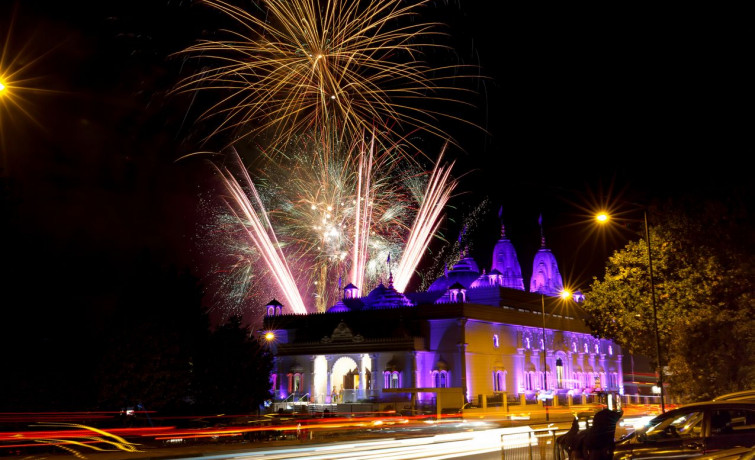 Spectacular displays of fireworks and food drew thousands of visitors to Shree Swaminarayan Mandir Kingsbury for a weekend of festivities celebrating the Hindu festival of Diwali and New Year.

The weekend began with a cultural exhibition including a masterful classical Indian music piece and an elegant dance performance, by our very own Shree Muktajeevan Swamibapa Academy of Performing Arts. Members of the community of varying backgrounds, faiths, ages came together to celebrate Diwali, the festival symbolizing the triumph of good over evil, of light over dark.

They made their way round the magnificent musical themed displays and had the opportunity to try out traditional Indian instruments, dance moves, artistry such as rangoli and henna and taste the spectacular street food on offer.

The much anticipated fusion performance from Shree Muktajeevan Swamibapa Pipe Band and Dhol Academy brought the house down with their thunderous performance and amazing blends of East meets West. The evening concluded with our first ever light and fireworks display, explosively lighting up our magnificent Mandir. Crowds were wowed by a colourful and dramatic show that lit up the dark skies.

Festivities culminated with the grand Annakut display on New Years Day. Nearly 15,000 visitors witnessed the truly awe-inspiring presentation of culinary delights, including traditional sweets, Indian street food and dishes from all over the world. A biscuit replica of Buckingham Palace; a chocolate sculpture of Tower Bridge; and a Crown made from cake to rival the Great British Bake Off; formed part of the Royal theme to celebrate the Queen’s 90th Birthday. Over 1,000 items formed this jaw dropping spectacle.

Many volunteers from the community both young and old have spent many hours preparing the decorations, the Annakut items and the various events over the weekend, showing the pure love and devotion they have to please Lord Shree Swaminarayanbapa Swamibapa.


Totally blown away by @SGadiLondon display!! What an amazing effort by volunteers. #BuckinghamPalace #LondonBridge @bobblackmanmp https://t.co/UZGKKZqHAe

Spectacular Annakut @SGadiLondon. Great to be a part of the joyous occasion. Stunning decorations, fantastic hospitality & a lovely evening. pic.twitter.com/CSPQhNMVXt

Lovely to celebrate the New Year with @SGadiLondon. Thanks to everyone for such generous hospitality! pic.twitter.com/IKUbE19OUC

Fantastic time meeting so many at the #music stall today at #KingsburyMandir People in all shapes and sizes uniting to celebrate #Diwali pic.twitter.com/Sa9XKhfeQH

The final celebration will be a day of giving with a special blood donation session taking place on Sunday 6th November. People from all backgrounds will selflessly give to save lives. Spaces are still open to anyone who would like to join by visiting blood.co.uk. 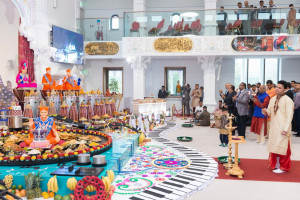 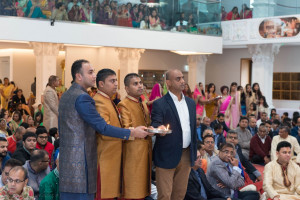 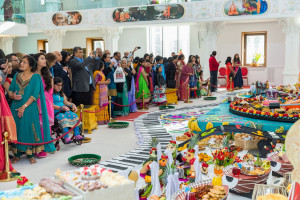 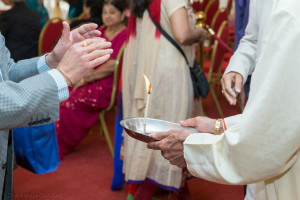 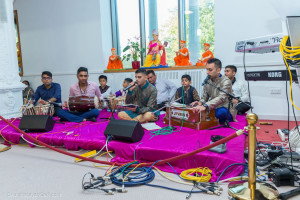 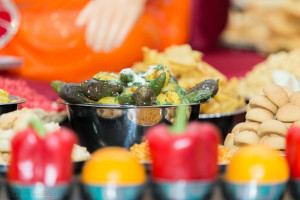