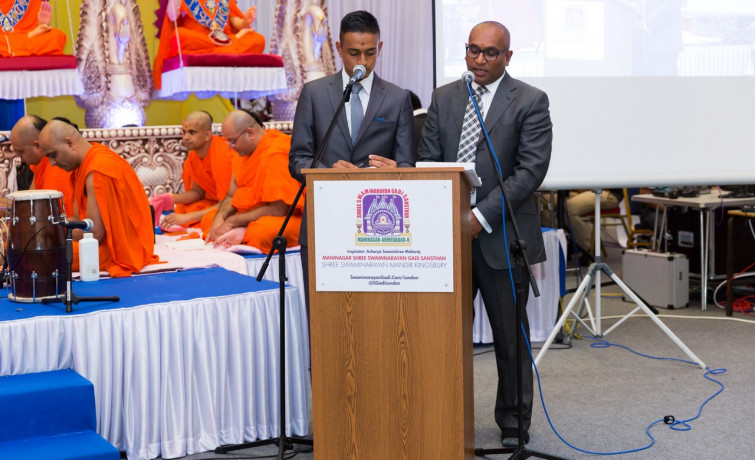 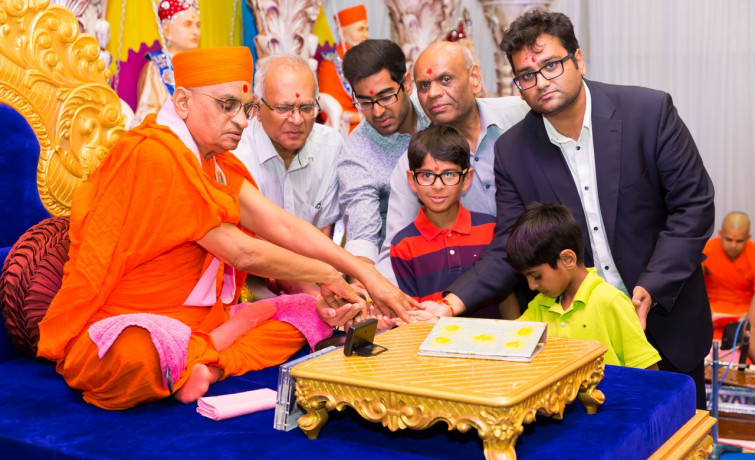 ‘Impart both morality and education to your children’ – Acharya Swamishree Maharaj

On the 31st of August 2016, Shree Muktajeevan Swamibapa Academy of Excellence hosted its annual Awards Ceremony, where those who achieved excellent results in education and in professional fields were celebrated.

By the divine grace of Lord Swaminarayanbapa Swamibapa and Acharya Swamishree Maharaj, a total of 83 awards were handed out, which included 44 Gujarati and Sanskar Deepika awards, 9 Music and Dance awards, 9 GCSE Awards, 5 A-Level Awards 13 Degrees, doctorates and post-graduate diplomas, 1 National Teacher of the year, 1 Finalist for Pharmacist of the Year and even 1 MBE (Member of the Order of the British Empire).

On this prestigious evening the temple also celebrated its charitable achievements. On Monday 29th of August, Tejsvi and Suhani Harish Jesani jumped out of a plane at 13,000 feet to successfully complete a skydive, raising £750 for the National Autistic Society. Furthermore, on Sunday 31st of July, Anant Savani cycled 100 miles at the Prudential Ride from London to Surrey, completing the distance in 7 hours and 10 minutes, raising £2,500, also for the National Autistic Society.

This year 4 incredible ladies in the congregation were recognised for their extraordinary achievements. Jas Vekaria was awarded National Teacher of the Year for Primary School, the first teacher from our Sansthan to do so. Vanita Devji was a finalist for pharmacist of the year, a prestigious award in both the medicinal and doctoral field. Dr Sapna Hirani was awarded a Bachelor of Medicine and Bachelor of Surgery. Furthermore, she has registered as a Medical practitioner, the first in the London congregation to do so. And finally, Jaz Rabadia was awarded a Member of the Order of the British Empire (MBE), one of the highest accolades given in the UK. She was awarded the MBE for services to sustainability and diversity in the STEM sector (Science, Technology, Engineering, and Mathematics). Jaz is the only member the London congregation to receive such an honour and during the ceremony and she concluded the awards ceremony by thanking the Shree Swaminarayan Mandir, Kingsbury community for helping to shape her over the years.

‘The mandir has served me for the last 30 years and I hope to continue serving it for the next 30 and beyond, I hope that this is the first of many honours for us all’ 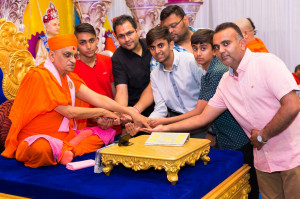 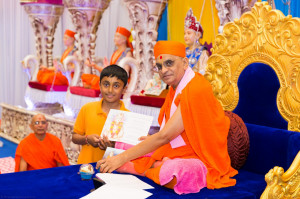 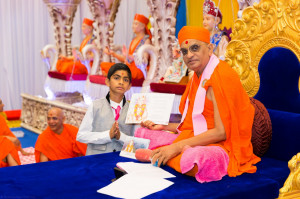 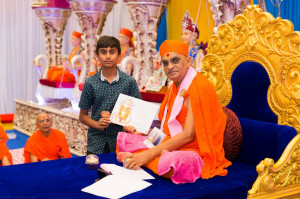 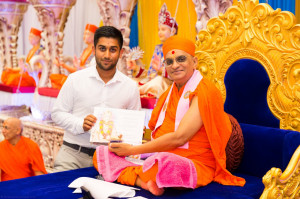 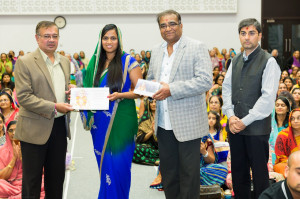