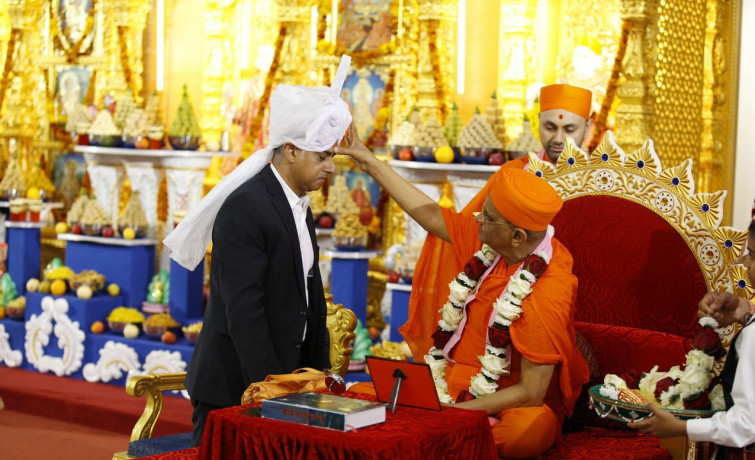 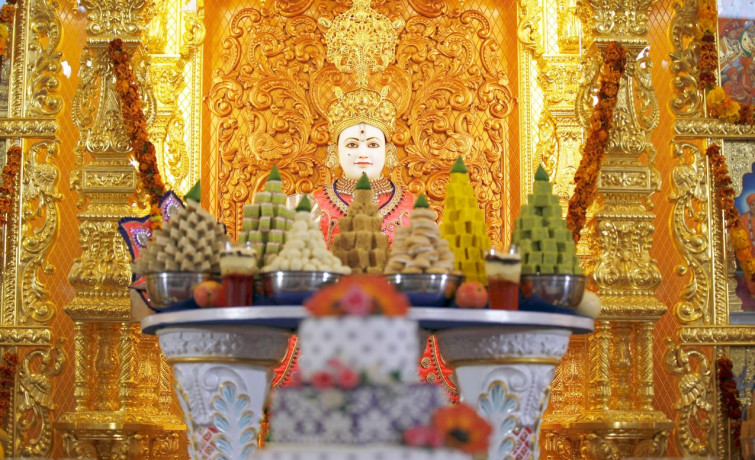 On his last visit to the Mandir, the then would-be Mayor promised to return in the summer as Mayor, to pay his respects to Acharya Swamishree Maharaj. He started off by saying, “The last time I came here I asked for your prayers and for your blessings to carry me through the election. And I’m pleased to be here as your Mayor today to thank you for your support and for those prayers and blessings. On that day, I promised that I would return here to welcome His Holiness to London and it gives me great joy to meet you, Bapa.” True to his word, the Mayor did indeed return.

The Mayor once again praised Acharya Swamishree Maharaj for inspiring a Mandir with such green credentials. He enthused, “We’re proud that this Mandir is known as the world’s first Eco temple - a beacon to the rest of the world and to the rest of London. I hope that through your inspiration, we’ll now have a wave of Eco Mandirs, Eco Guhdwaras, Eco Mosques, Eco Synagogues and Eco Churches in London.”

The Mayor’s visit was full of fanfare, song and dance – he was led into the Mandir by Shree Muktajeevan Swamibapa Pipe Band and led out by a dance troupe and dhol band from Shree Muktajeevan Swamibapa Academy of Performing Arts. He was personally greeted and welcomed by Acharya Swamishree Maharaj, who explained, “The reason that you have come to palace of Lord Shree Swaminarayan is your love towards God.”

The Mayor was delighted to hear Acharya Swamishree Maharaj explain the meaning of his name, “Sadiq means truthful or honest. The meaning of ‘sa’ ‘dik’ is ‘one who follows God’s direction’; Khan means ‘one who acts with dignity’. The Mayor’s name is completely apt.” Acharya Swamishree Maharaj handed a personal invitation to Mr Khan to attend next month’s Shree Muktajeevan Swamibapa Smruti Mandir Rajat Mahotsav.

The Mandir’s mission ‘Inspire the Community’ and Acharya Swamishree Maharaj’s principle coming together to put ‘society before self’ were further acknowledged by Mr Khan, “Your dedication to your faith, your service to so many people and your values of selflessness are an inspiration to me and to thousands of Londoners. And I’d like to tell you how immensely proud I am - and how proud London is - of the community here at Kingsbury Mandir.”

It was clear that the Mayor, having seen a showcase of all of our activites, been serenaded by the Band, dances and dholis, and having had the divine darshan of Acharya Swamishree Maharaj, was truly taken impressed and humbled by his experienced. He concluded, “Bapa, thank you for gifting London with this generous community and for gifting London with this beautiful iconic Mandir - a Mandir that will not only serve this community, but communities across London for generations to come.” 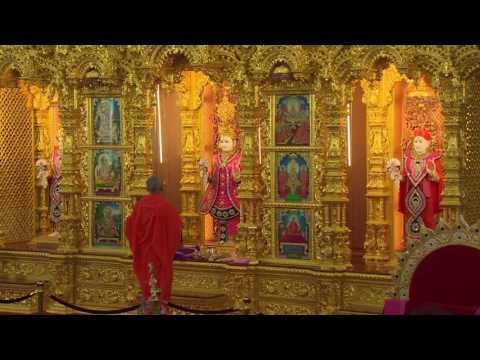 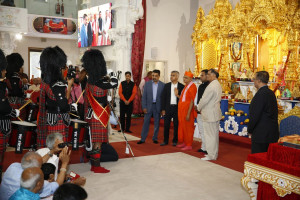 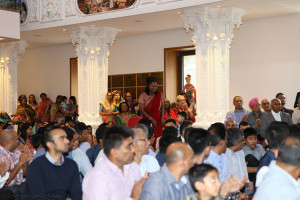 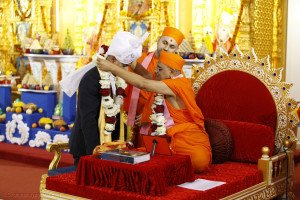 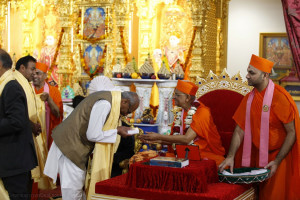 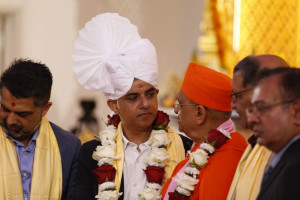 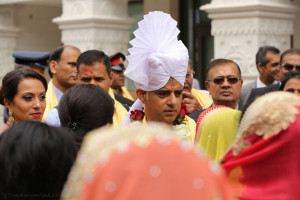