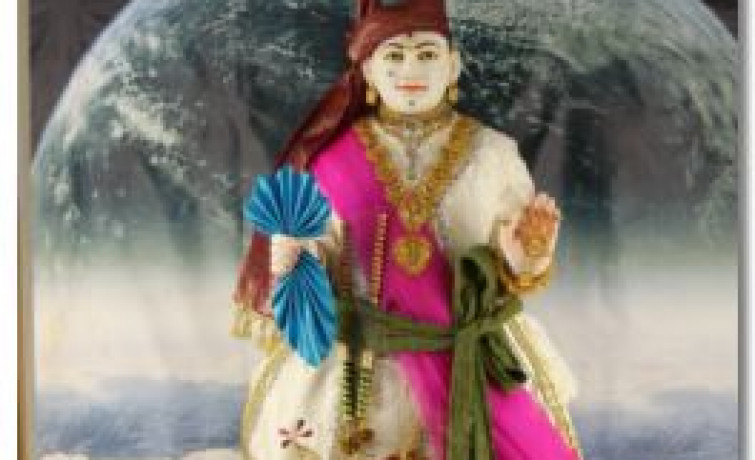 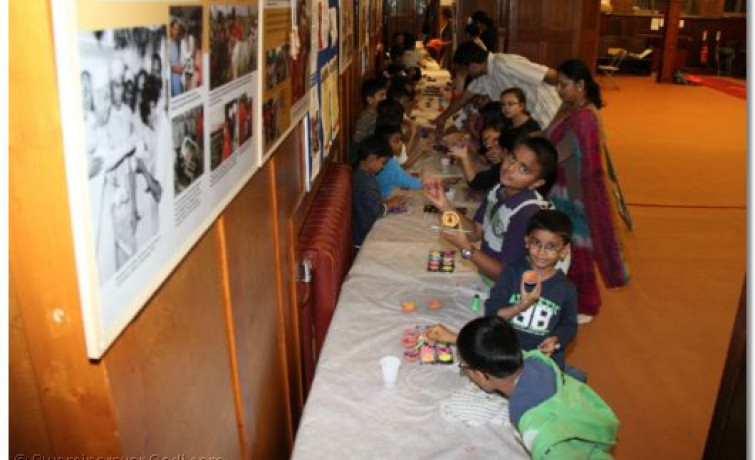 From 8am, the Temple became a multicoloured array of traditional Indian attire. Ladies and gentlemen donned in sarees and kurtas respectively; children scurrying with excitement, likewise dressed for the occasion. Everyone was eager to receive the darshan of Lord Shree Swaminarayanbapa Swamibapa on this auspicious occasion.

They were blessed with a vision of Lord Shree Swaminarayan, Jeevanpran Abji Bapashree and Jeevanpran Shree Muktajeevan Swamibapa, with only their mukharvinds visible over the lovingly created magnificent Annakut food display. The assembly gathered and Annakut aarti ceremony was followed byJeevanpran Swamibapa leading the congregation into meditation - as is tradition on Sadguru din. This was followed by the divine blessings of Acharya Swamishree who said, “This is a blissful and auspicious day. The Lord on this occasion blesses all his children throughout the world …it is a day when people light lamps in their homes to attract the Goddess of fortune. If we light the lamp of knowledge in our life - the knowledge of recognising God - then we shall truly have lit the flame of aatyantik moksh (absolute salvation) in our lives.” The assembled congregants then greeted each other as traditionally, forgetting and forgiving each other of any misgivings of the past year. Everyone then left with the divine annakut prasad from the Lord.

In the evening the temple organised an event for the local residents and various dignitaries.

“The Swaminarayan Philosophy insists on pure, simple living and high thinking,
which inspires people to put service to society before themselves.”
Acharya Swamishree Purushottampriyadasji Maharaj

The Hindu festival of light, Diwali, was celebrated in a unique way at Shree Swaminarayan Temple, Golders Green, on Saturday 6 November 2010 as it reached out to all to celebrate.

In the spirit of the Hindu ideology, ‘Vasudeva Kutumbakam’ meaning ‘we are one family; the progeny of the almighty God’, over 350 guests including local Jewish , Christian ,Buddhist and Muslim residents were welcomed, dined and entertained by over a hundred volunteers from the Temple. “This annual event is highly anticipated in the local community and this year’s event was an unprecedented success with a greater turnout than ever before.” said Temple Trustee Dr Mahesh Varsani. He added “This sort of pioneering event shows Diwal is becoming a more universally inclusive event not just in the Hindu Calendar but in the mainstream calendars of the World.”

As they entered the Temple, visitors were welcomed with a garland of sandal wood beads, adorned with traditional Hindu red kunkoo mark on their foreheads and awestruck by the sight of a mouth watering mountain of food (Ankut) comprised of dishes of many cultures hand-prepared by the devoted temple members. Alongside every conceivable Indian dish that seemed to feature, there were some less than Indian dishes such as Italian pizza and lasagne, Mexican burritos and nachos, and Chinese spring rolls - showing the integration of cultures in this traditional Diwali event. The visitors were soon to taste some of these delights for themselves as they were served with a light supper.

The evening began with a solemn prayer of peace and symbolic lighting of a flame by Deputy Mayor of London Richard Barnes MP’S Mike Freer, Matthew Offord, The Queens Representative for Barnet, the Deputy Lord Lieutenant, Martin Russell and Trustees of the Temple.

Over 60 local councillors from the London Boroughs of Barnet and Brent, together with over 300 hundred local residents and representatives from several different faiths were dazzled by spectacular tastes, colours, sounds and euphoria of Diwali and the Hindu New Year.

The event was an interactive extravaganza of traditional Indian dance, music and culture. Guests had their hands painted with traditional henna and dressed in Indian authentic costumes as they tried their hand at playing classical Indian instruments. The whole atmosphere was one of peace and harmony, and embracing of the mystical East with the West.

The Queen’s Representative for Barnet, the Deputy Lord Lieutenant, Martin Russell said “It’s a privilege to be here, your hospitality is legendary, and you have excelled yourself in uniting all parts of the local community and all faiths. All your charitable endeavours are to be lauded.”

Deputy Mayor of London Richard Barnes added “I have been to a number of festivals.... English culture and Gujarati culture are closer than I realised.... you are to be congratulated on this fabulous display... This is the first time ever I have been to this Temple...this event is a pure example of a gift by the community for the community.”

The visitors all left with commemorative photos and offered bags of souvenirs including a small parcel of food from the Ankut having embraced the Diwali message of the Temple which was “WE CAN LIVE IN HARMONY EVEN IN OUR DIVERSITY”. 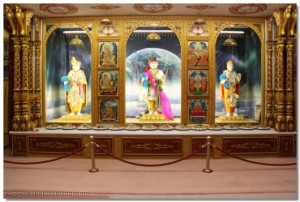 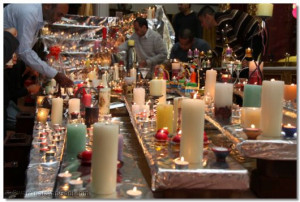 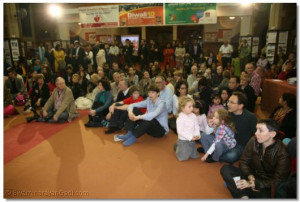 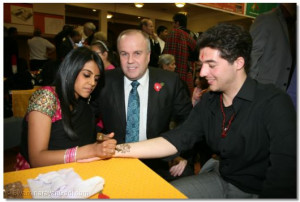 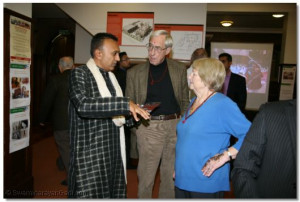 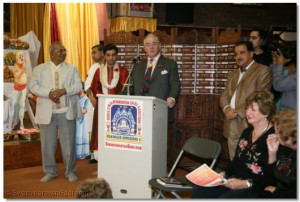