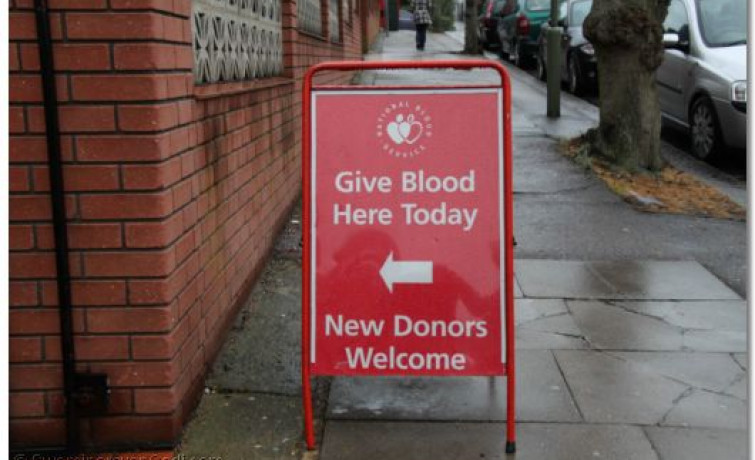 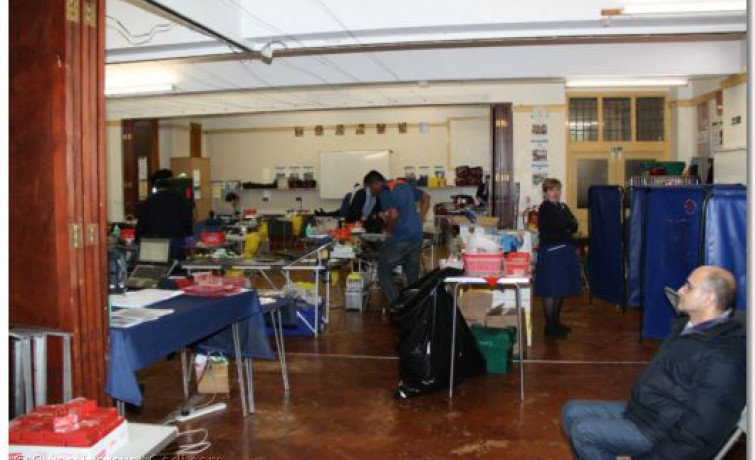 The Hindu festival of light, Diwali, was extended to Remembrance Sunday as the Temple continued its campaign for National Sewa Day by paying tribute to soldiers who gave their lives so that strangers whom they knew not could live - by giving the anonymous gift of life to a complete stranger through blood donation.

The soldiers to whom homage is paid on Remembrance Day gave their lives as the ultimate sacrifice in the line of duty. Acharya Swamishree says "The Swaminarayan Philosophy insists on pure, simple living and high thinking, which inspires people to put service to society before themselves...service (sewa) is a primary duty (dharma), sewa to society must be our mantra and in this lies true liberation for the soul"The giving of blood is the most laudable selfless act sewa to society.

On Remembrance Sunday 14th November working in conjunction with the National Blood Service the temple held a Blood Donation Session at the temple. This was a culmination of a campaign of awareness over the previous weeks and the maximum number of donations they could take on the day was collected from 110 donors.

The Operation Blood began at 9.30 am....as the troops filed in some seasoned campaigners others nervously new it was comforting to see the seasoned warriors re assuring those new recruits to the fray.

The beds soon filled up and indeed it did at times look like a hospital camp of wounded soldiers with plastic bags of blood by their side akin to transfusions opposed to donation.

The process was fairly quick - the worst part for most appeared to be the paperwork....well, that and the finger-prick to test blood for iron levels. That little clicker thing probably hurt more than the horse-needle they put in the arm! After answering questions about where they'd been in the past three years, and the ones that might make some people blush; it was off to the chairs where they watched a video of the temples activities. Shree Muktajeevan Pipe Band aptly captured playing "when the battle is o'er"!!

Then when a bed was available the very skilled nurse put the needle in the arms, and the hearts slammed out 0.5 litres (1 pint) of the red juicy stuff in 6 to 8 minutes. Ladies took a bit over 8 minutes - apparently women are typically slower. Maybe men were made to bleed faster because they are the ones usually starting the wars!!

After the donation these hero donors spent a few minutes sipping juice and eating cookies, and then were rewarded with a special Prasad gift box from the temple before they left.

The nurse attending said "It has been a tremendous effort with a constant stream of donors through out the day .We were filled to capacity. The whole operation ran smoothly with only one minor incident in which there was possibly more damage to the table than the heroine donor who fell upon it!!"

Some have already booked appointments for next time - you can only donate every 56 days. The session at the temple is on 29th May 2011. 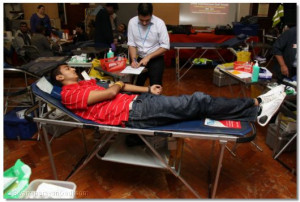 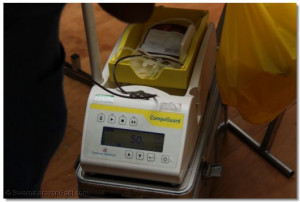 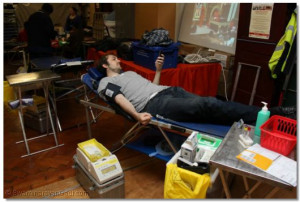 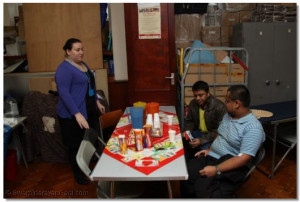 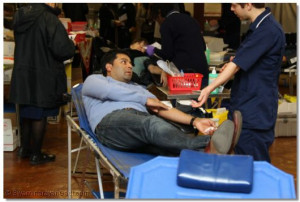 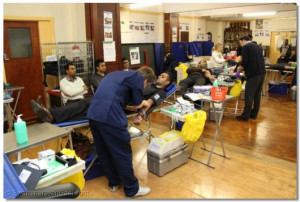