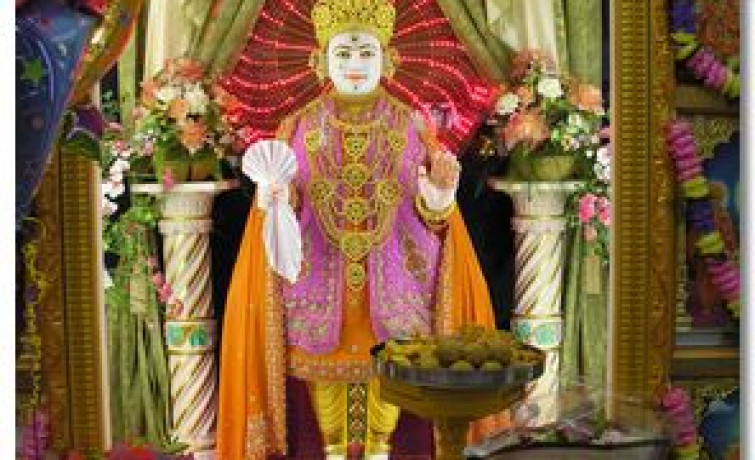 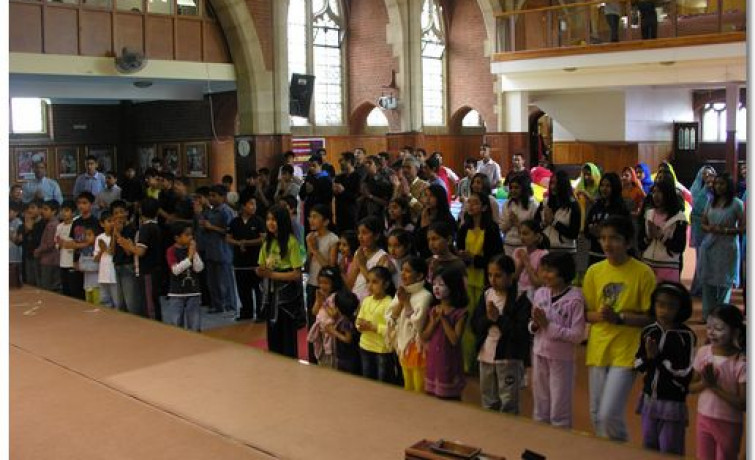 The young boys and girls of the Temple were given a special surprise on Sunday 28th May 2006 at the Temple. This day coincided with Acharya Swamishree’s 64th birthday, so the occasion was even more special for the children who attended the activity day.

After a prayer to the Lord, the fun and games began. The Temple hall had been transformed into a wonderful funfare. There were a number of different activities to suit all ages; boys and girls. The bouncy castles and inflatable games were very popular. The very young children liked the face painting, whilst the more technical kids were captivated by the computer games. The inflatable sumo wrestling suits were meant to be used by the young children, but unfortunately, the older people who were supposed to be supervising the others made use of this activity more than the youngsters. At the end of this energetic and immensely enjoyable day, all the Lord’s children presented a cake to the Lord and then, took prasad.

After the dusk rituals had been completed, all the disciples took part in communal dancing. Jeevanpran Swamibapa presided on an ornate swing, at the centre of all the dancing disciples. The vocals and music for the dance was provided by Shree Mukta Orchestra London.

The day’s events had been organised by Shree Muktajeevan Arts & Culture Academy. 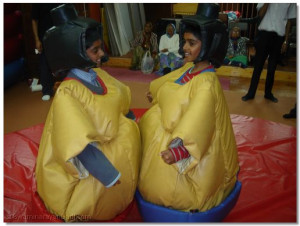 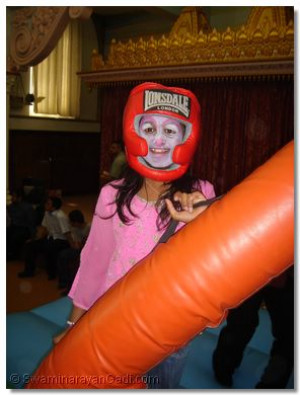 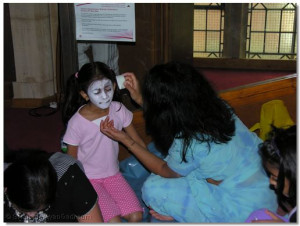 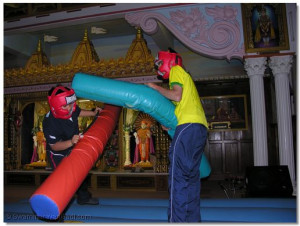 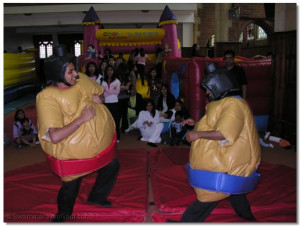 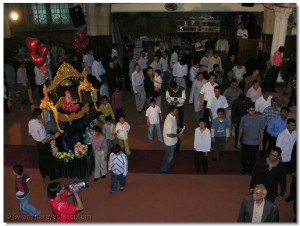