Under 16s 5-Aside Football Tournament 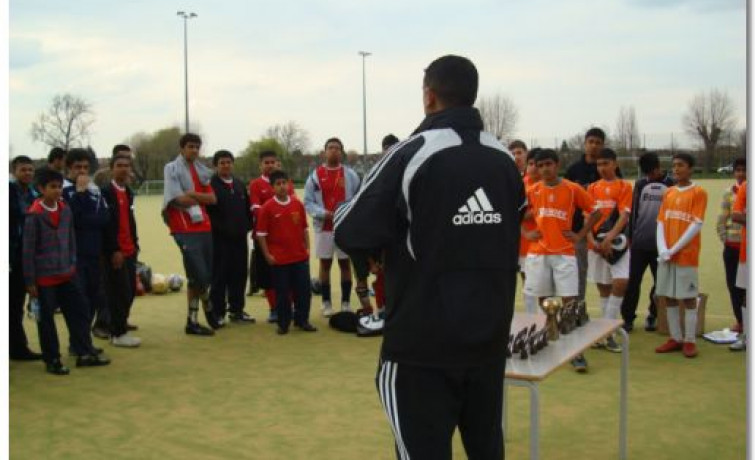 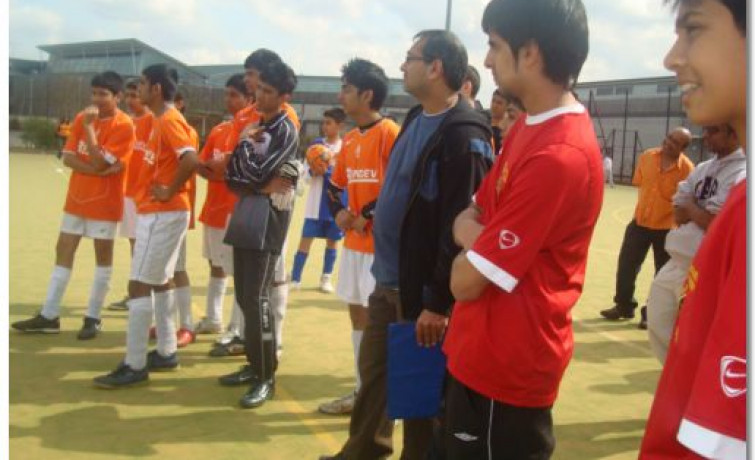 Shree Muktajeevan Sports Academy (SMSA) based in Shree Swaminarayan Temple Golders Green, hosted it’s first ever boys 16 and under 5-aside football tournament at the Jewish Free School in Kingsbury on Sunday the 5th April 2009.

In total 6 teams participated in a Super League in which the top two teams battled it out in a winner takes all final. Luckily the weather was on the side of the players and like the player the sun shone through out the day.

Each team played 5 games with much appreciated support and encouragement from the sidelines. Bendev Juniors, Swamibapa FC, KMY A, started as tournament favourites and the matches that followed showed why. Both Bendev and Swamibapa FC A won all but one of their games, drawing 0-0 when they faced each other. They scored 19 and 26 goals in the league stages respectably. The Referees were very impressed by the standard of football throughout the games. The teams at the top of the league were Swamibapa FC and Bendev.

The final was therefore Swamibapa FC A vs Bendev Juniors. As the teams had drawn in the qualifying stages, it certainly was anybody’s game! Bendev Juniors were straight out of the blocks having most of the possession and it was left to their top scorer Amish to net two quick goals. Swamibapa FC were shell shocked. Throughout the whole tournament they hadn’t conceded more than one goal in any game and all of a sudden they were two down. Almost without warning the ref blew the whistle for half time. As the players got together their coaches walked over to their teams to give instructions and encouragement. Within seconds a team huddle formed with Swamibapa FC. The words “Swamibapa” echoed around the pitch as the players and coach raised their hands and pointed to the heavens. The ref blew the whistle to signal for the second half.

Almost immediately Mayur Gami broke free from the defenders and with an angled shot he scored past the Bendev keeper (who had only conceded one goal in the group stages). The supporters went crazy. Cheering him and the team, was the belief back? At the kick off Swamibapa FC enjoyed more possession and with a brilliant through ball from Darshan Hirani, Mayur was through again clean on goal, could this be 2? Yes it could! Out of nowhere the score was now 2-2. As Mayur went to celebrate the crowd all ran to congratulate him. The Ref had to step in and warn the supporters not to interfere otherwise he was going to book them all. With the match evenly balanced the next goal was going to be vital. It was Bendev who were now passing the ball about the pitch and making it look easy. A shot by Bendev’s Ashwin was fumbled by Swamibapa FC’s keeper and it was now 3-2 to Bendev. This proved to be the turning point in the match, From the kick off the ball was passed back to Mayur Navin, who had developed the knickname of “the wall” during the tournament. Mayur looked up as saw acres of space ahead of him. He dribbled the ball past one, then two, then three, now almost at the edge of the box he looked up and saw the shot was on. Mayur struck the ball with enormous ferocity; Bendev’s keeper saved the ball but was unable to control it. The ball came back out to Mayur who thumped it into the corner. 3-3. Mayur’s colossal effort saw Swamibapa FC back in the game with 3 minutes to go. Was this game going to end in penalties? Darshan Hirani saw to it that the result went one way. Swamibapa FC’s way. At the kick off, Mayur Gami turned from scorer to provider and set Darshan off down the left wing, unmarked Darshan slotted in the goal with ease. 4-3. Emotions were high as both teams were capable of scoring another. A tentative 2 mins followed with chance for both teams. Legs were tiring but the atmosphere was still electric. Both sets of supporters were cheering on the teams. With the clock ticking down Swamibapa FC got another break through and Darshan was off down the left wing again, “Pass it, Pass it” were the cries from the supporters, Darshan who had already scored 9 goals knew there was only one thing to do. Swamibapa FC led Bendev 5-3. This literally knocked the wind out of Bendev’s sails. With 30 seconds on the clock all Swamibapa had to do was to defend, but with two attackers that had scored 19 goals between them this wasn’t the case. Bendev now defended solidly to deny Swamibapa and more goals. With the final whistle the players and supporters cheered. This was the best game of the tournament. Both teams had played their hearts out.

The top scorer was Bendev’s Amish with 11 goals followed by Swamibapa FC’s Darshan Hirani with 10 goals and Mayur Gami with 9 goals. 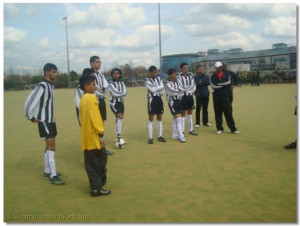 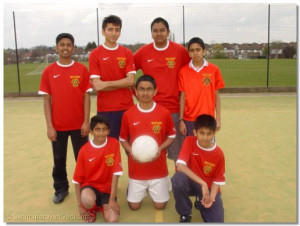 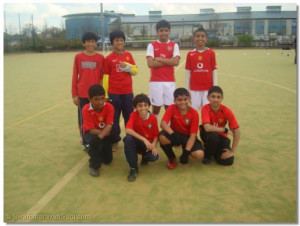 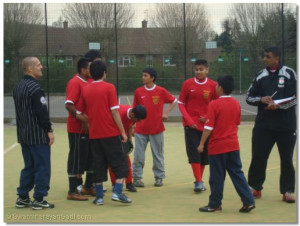 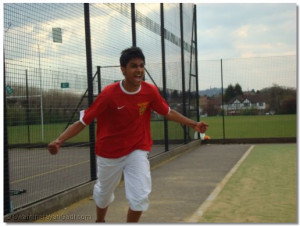 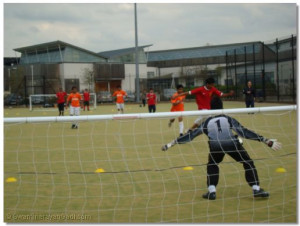