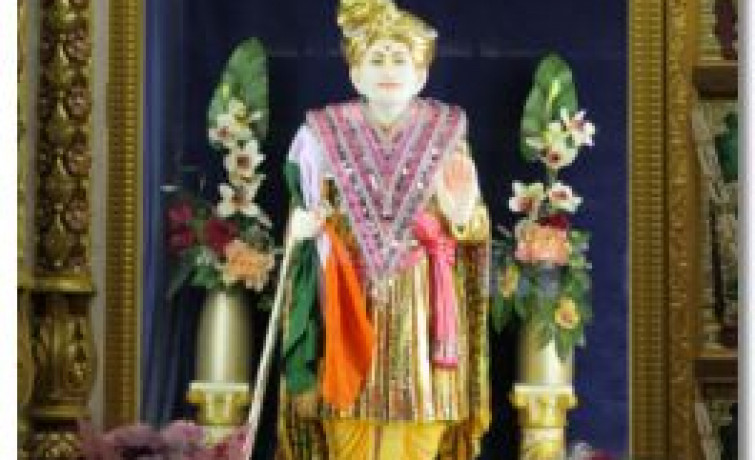 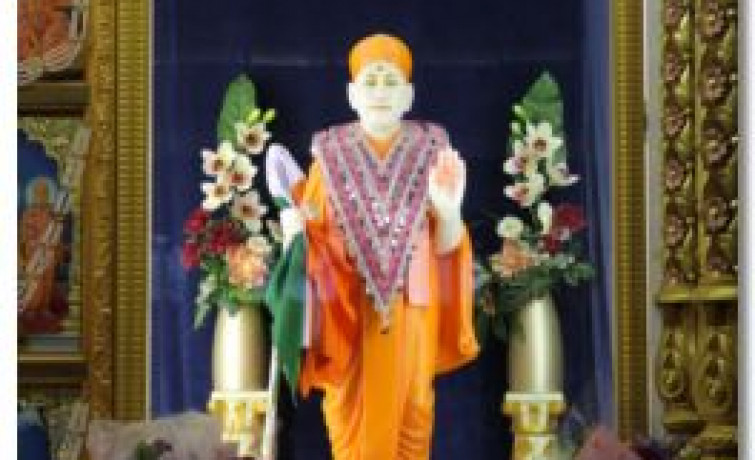 Mother's day is the occasion to pay rich tributes to one of those persons who have had a great impact on our lives, a person whose love and care knows no boundaries, a person who does everything to keep her children happy and joyous.

In Indian culture the mother who gives birth and the motherland both have been given equal honor and position but ultimately as noted to have been versed by Shree Ramanuja Acharya in his "saranagathi-gadyam" - God as the creator is mother to us all (The Mother of all mothers).

A verse sung daily at the temple and which means:

It was therefore rather apt and perhaps no coincidence that Mother's Day fell over the tumultuous Cricket World Cup (the mother of all cricket tournaments) won by the Indian National team thus reminding us of our Indian heritage and culture and the identity that links us to Bharat Bhoomi Mahan (the mother of all nations) jya Pragatya Shri Bhagwan.

Cricketers like sportsmen in other sports resort to divine assistance for their success. Often we see Christians crossing themselves in moments of tension or success. Muslims at times go down on their knees and make obeisance to Allah while Hindus too with colored threads or gold chains round their necks are seen touching them in tense moments. Sachin Tendulkar the "God of Cricket" is often seen looking to the heavens whenever he scores a century or breaks a world record
Before the tournament Sachin was quoted to have said "...like any player, I too have dreamt of winning the World Cup for the country. By God's grace, we will achieve what we want to achieve."

Acharya Swamishree upon witnessing India's World Cup victory, as a source of inspiration to the members of the Swamibapa Cricket Club who's 1st & 2nd eleven teams both had been promoted to Division 2 of the Middlesex Championship days prior to the World Cup Victory, remarked "Sure enough, the team did have God's grace, and the prayers of all the Lord's disciples were answered." And reminding us all in his most favoured verse from Jeevanpran Swamibapa's Shree Harignanamrut Kavya "divya jeevan ni jyot jagavo aap karta thayee karyo dipavo" by allowing God to be the doer of our actions anything is possible.

With this in mind the temple disciples gathered at the temple at the appointed time. To mark this auspicious day they came garbed in Indian Cricket shirts and the women draped in the Indian Tiranga (tricolour) saris of saffron, white and green (the colours themselves symbolic of the spiritual heritage of Mother India).

Some were armed with bouquets of fragrant filled flowers and others with baskets of fresh ripe fruit as an offering of devotion to the Lord on Mother's Day. The children too bustled with excitement carrying home made Mother's Day cards with wishes to thank to their true Mother as well as celebrate their Indian heritage and identity.

And as if to approve of their devotion, the Lord gave darshan draped and flanked by the Tiranga .

In keeping with the theme of the Tiranga the devotees formed a chakra of devotion as the younger children with the musicians playing manjira, formed the spokes of the Wheel of Dharma and the flag was completed by the Lord who sat gently smiling with an array of Mother's Day cards at his lotus feet as the symbolic connecting, central wheel, focus of all around Him.

The wheel of devotees turned in a trance like dance around the Lord as the whole temple appeared to reverberate to the rhythm and sounds of kirtans including the chant from the new Sarvopari Swaminarayan serial "Jay ho! Jay ho! Swaminarayan" played most inspiringly by the Mukta Orchestra with the occasional exclaim of "Chaka de Hindustan!" by the dancers to encourage each other to keep the pace...echoing the chants of millions during the cricket world cup.

And just as the Indian team may have been inspired by this chant, this Circle of Dharma took up the challenge and picked up the pace of the dance ending with the human wheel spinning in a kaleidoscopic like frenzy. The whole temple at one point appeared to be haze of frantic but rhythmic motion...with only the Lord sitting magnificently smiling, serene and still, the epitome of dharma amidst all the frenzy around Him.

Devotees then took this opportunity to perform aarti as an act of appreciation from child to mother and the Lord duly reciprocated with His Divine prasad given as token of love from mother to child. 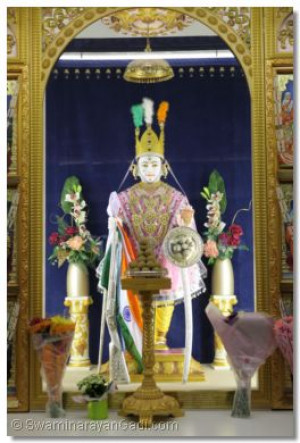 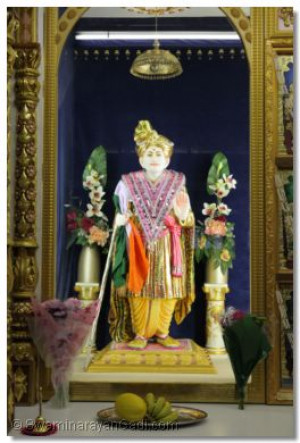 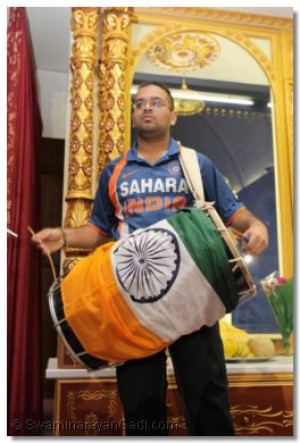 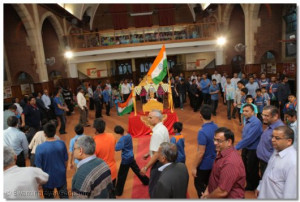 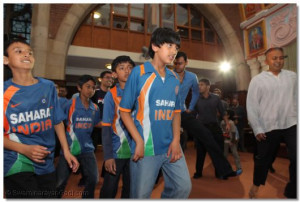 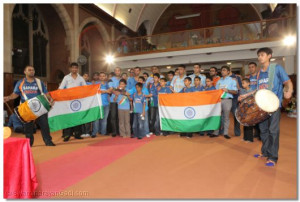