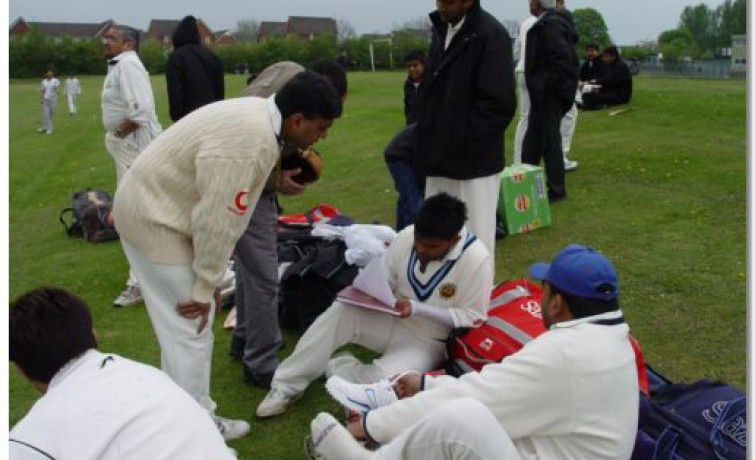 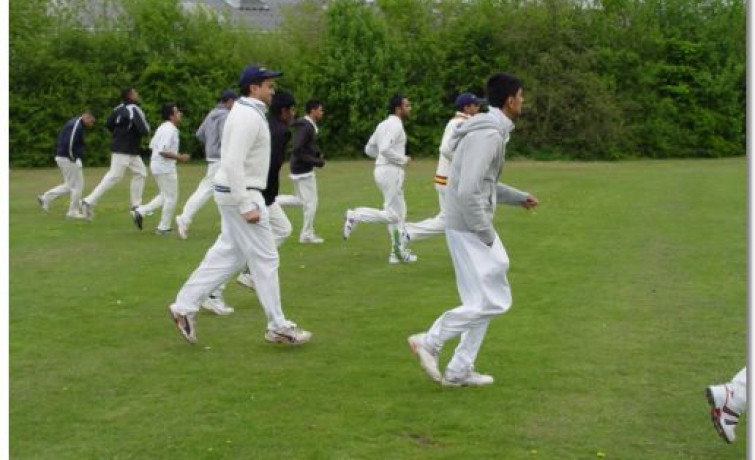 At 5am, 28 members of the Academy, both male and female, aged from 18 to 50 congregated at Mc Nicholas House (site recently acquired by Shree Swaminarayan Temple London), where they boarded a coach destined for Bolton some two hundred miles away.

The first stop on reaching Bolton was the Swaminarayan Art Gallery. Here members of Swamibapa CC Bolton welcomed the London teams. After doing darshan and taking prasad, members got changed in the community hall. From here the next stop was the ground which was a few miles away in Harlington.

On arriving at the ground the weather turned, bright blue skies changed to dark grey clouds. It was going to be a miserable day, or was it? Both teams warned up and the respective captains of London and Bolton’s A and B team competed the toss.

The first match was Swamibapa CC London B (SCCLB) Vs Swamibapa CC Bolton B (SCCBB). SCCBB were put into bat. Conditions suited the swing bowlers and it wasn’t long before a few wickets tumbled. This was proving to be a bowler’s pitch, with Muks Rabadia and Kaushik Kerai taking two wickets a piece. However, some solid batting from Kishore Pindoria ensured that the score would be a tough one to chase. SCCBB scored 96 – 8 in their 20 overs.

In reply SCCLB were struggling to get bat on ball. A rather precarious shot from Niteen Samji landed him in A & E with a cut to his lip. Wickets began to fall in quick succession. A period of magnificent swing bowling from SCCBB’s Pravin Pindoria and Kishore Pindoria meant that SCCLB needed 50 run from 4 overs. As the pressure mounted wickets fell. As in the inaugural year of the Unity Cup, the first match was won by SCCBB.

After lunch the weather cleared up and Swamibapa CC London A (SCCLA) elected to bat first. Runs came quickly as the pitch began to dry. A brilliant opening partnership between Tru Patel and Paresh Kerai lead to 59 being scored in 9 overs. A few dubious decisions from both batsmen and umpires led to SCCLA being down to 9 wickets after 18 overs. With Jaggy Patel at the crease the last two overs yielded 25 runs which included two fours and a massive six. SCCLA set SCCBA a target of 107.

In reply SCCBA started poorly with the openers falling to Sailesh Vekaria and Ketan Rabadia. One by one SCCBA’s batsmen came and went without really troubling the scorers. SCCBA were 6 wickets down with only 40 on the board. Navnit Sanghani being the last recognised batsman came to the crease and from the first ball he showed his intentions to hit, and hit big. As the runs started to flow the tension mounted. Could SCCBA pull off an amazing turnaround?  Two overs were left and SCCBA needed 14 to win with two wickets in hand. Supporters from both sides cheered on the players. A risky single proved to be SCCBA’s downfall as Snehal Jeshani’s direct throw was enough to remove Navnit. It was left to the skipper Nitin Patel to take the last wicket as SCCLA won by 11 runs. Three wickets a piece for Ketan Patel, Sailesh Vekaria and two for Snehal Jeshani wrapped up the game.

A first for the Unity Cup, London and Bolton won a game each. The trophy was shared.

Just a few yards away from the cricket pitch, Swamibapa Ladies FC London played some friendly 5-a-side matches against Swaminarayan Gadi Ladies FC Bolton. This was the first time the two teams had come face to face in a non competitive environment. Though the girls from London had endured a long and tiresome journey, they gave it their all. Of the three games that were played, two went to penalties, with SGFC winning both.

To finish off, the two Bolton teams and the London team combined to create three mixed teams. This was a welcomed change and provided players with the opportunity to play alongside players who were usually considered rivals, in the true spirit of unity.

The following day members of the London teams went sightseeing, to Blackpool. The weather was surprisingly nice and the players enjoyed the pier, and the more so the bungees. After lunch the players boarded the coach for the 6 hour journey back home.

The next Unity Cup fixture will be held on Sunday 2nd August 2009 at Copthall Sports Ground, London. 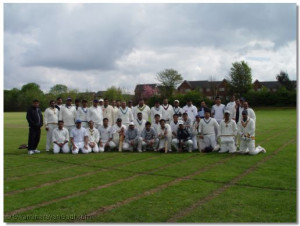 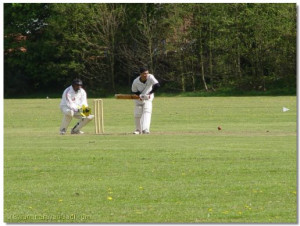 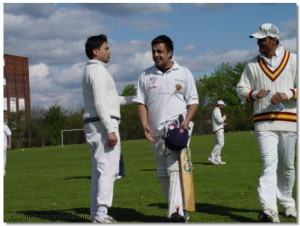 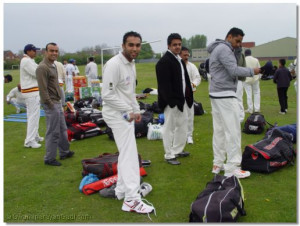 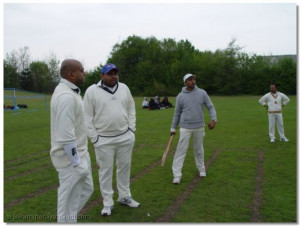 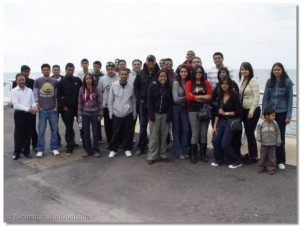