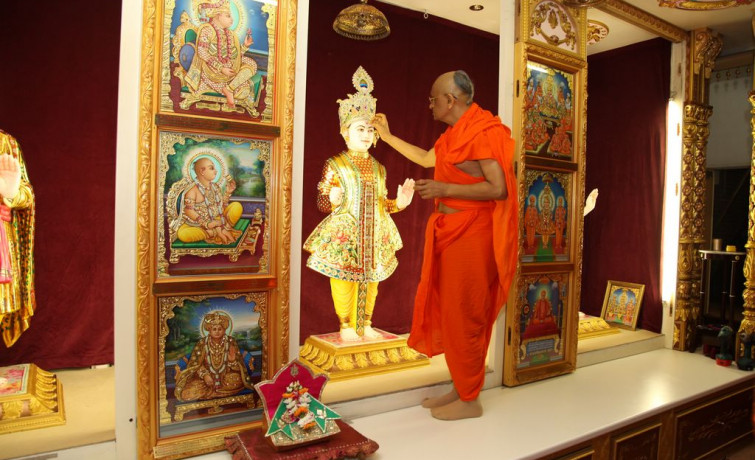 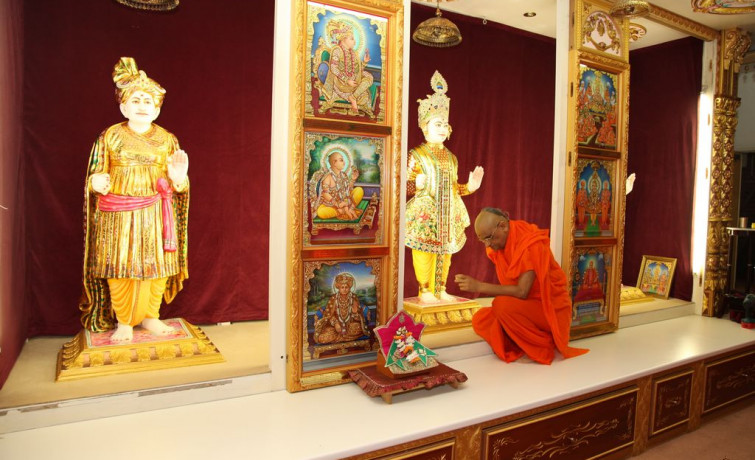 Friday 6th September was the day that the divine marble Murtis of Shree Ghanshyam Maharaj, Jeevanpran Abji Bapashree and Gurudev Jeevanpran Shree Muktajeevan Swamibapa were to be moved to their new, albeit temporary, home in Kingsbury – marking the end of 13 glorious years since their inauguration in Golders Green in August 2000. The Murtis would be installed in Abji Bapashree House, adjacent to the under-construction Shree Swaminarayan Mandir at Shree Muktajeevan Swamibapa Complex, Kingsbury (the third building, Purushottam Mahal, a multifunctional hall, completing the Complex). In August 2014, the Lord will be installed into His permanent home, in a magnificent Sinhasan at the heart of the Mandir itself, during the Kingsbury Mandir Grand Opening festival.

Following Prasad lunch, sants began the process of uninstalling the Murtis, personally overseen and supervised by Acharya Swamishree Maharaj Himself. The morning’s solemn operation started with Acharya Swamishree Maharaj leading a prayer to the Lord from all of His beloved children, thanking Him for 13 glorious years of bestowing divine bliss from Golders Green, and humbly asking for equally magnificent times to flourish and emanate from the Lord’s new home in Kingsbury.

The Murtis were swiftly transported to Kingsbury, where they were placed in a beautiful Sinhasan – created to accommodate the Lord while the Mandir continued to be erected. Acharya Swamishree Maharaj presided over an auspicious ceremony to welcome the Lord, which concluded with Him, all the sants and gathered disciples performing aarti to the Lord Swaminarayanbapa Swamibapa. 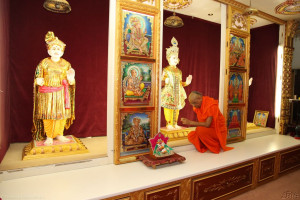 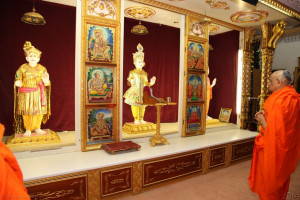 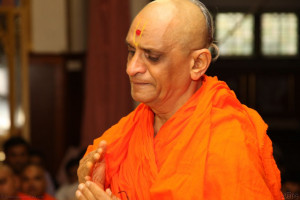 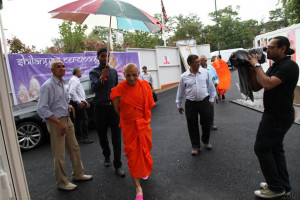 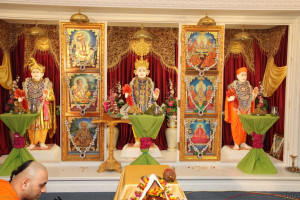 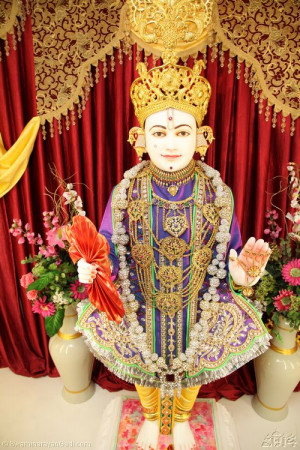