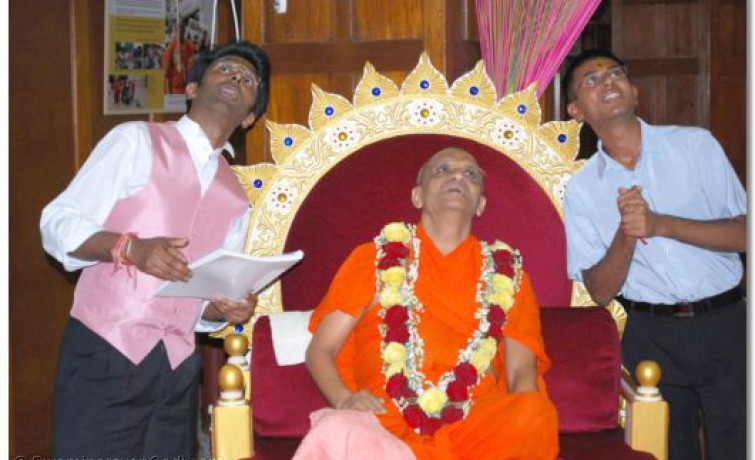 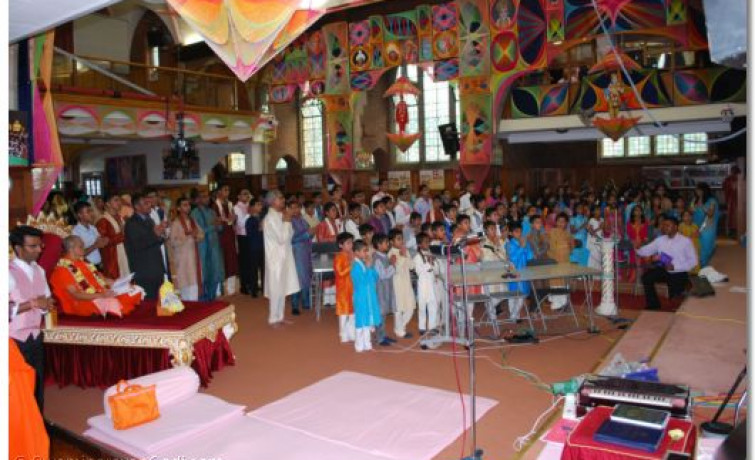 Swamibapa Gujarati classes are held under the auspices of Shree Muktajeevan Academy of Excellence on Saturday afternoons, at Shree Swaminarayan Temple, London. The classes cater for children aged 6 and above. A number of tiered classes cover a range of language skills from basic letters and sounds, right through to GCSE standard and beyond. The students are grouped according to their individual stage of learning. The syllabus predominantly involves the Gujarati language, but often delivers this learning in a religious and cultural context.

Jeevanpran Shree Muktajeevan Swamibapa foresaw the importance of the Gujarati language in maintaining His disciples’ religious and cultural identity, and established the teaching of Gujarati in His temples. Acharya Swamishree follows in the footsteps of his Gurudev Jeevanpran Swamibapa and continues to encourage the students to further their learning of Gujarati. Accepting the humble requests of the Gujarati Class teachers and students, Acharya Swamishree visited Swamibapa Gujarati Classes on Sunday 24th August 2008, following the annual Patotsav ceremony of Shree Swaminarayan Temple London.

The evening commenced at about 4.30pm with the teachers and students reciting the prayer, “Shreeji Chho Krupadu” to a newly composed melody, which was a culmination of 3 months of rehearsals following the weekly Gujarati classes. After prarthna, Acharya Swamishree was given a taster of the content of each of the eight classes.

The top 3 students from each of the eight classes were awarded prizes by Acharya Swamishree at the Swamibapa Education Awards.

At the end of the evening fruit prasad was distributed to all. 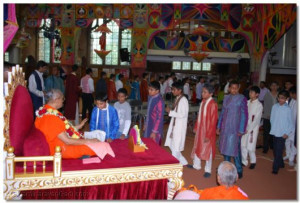 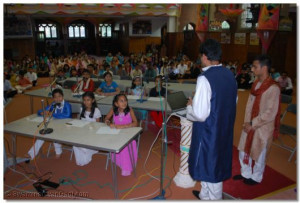 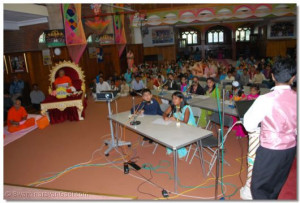 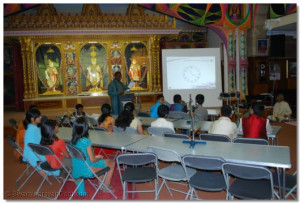 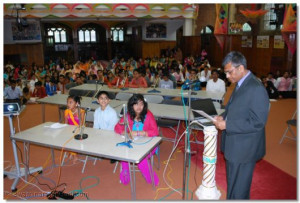 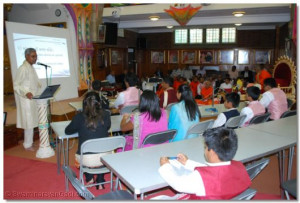