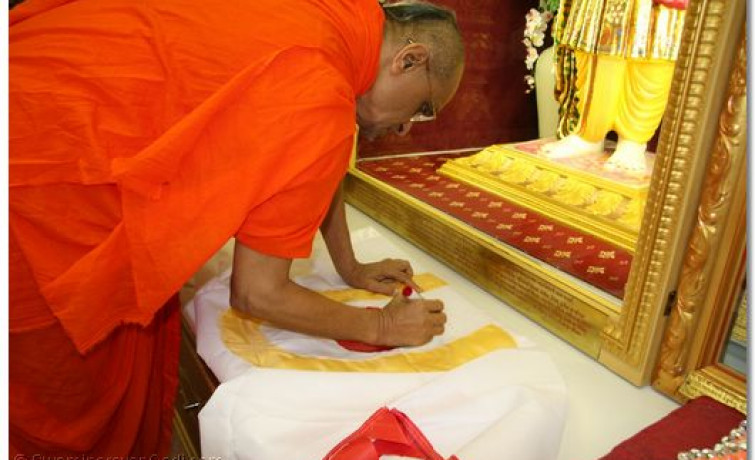 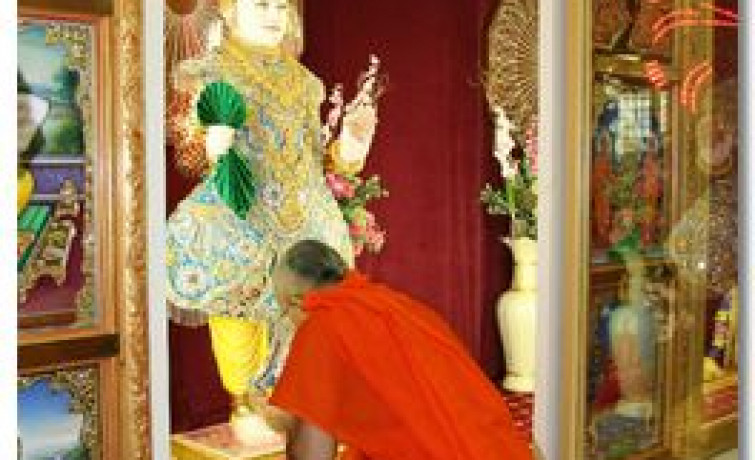 Sunday 26th of August 2007 marked the seventh anniversary of the installation of the supreme Murtis of Shree Ghanshyam Maharaj, Jeevanpran Shree Abji Bapashree and Jeevanpran Shree Muktajeevan Swamibapa at Shree Swaminarayan Temple London by His Divine Holiness Acharya Swamishree. In addition to it being the seventh patotsav ceremony, three other occasions were being celebrated today: The 25th anniversary of the current London temple; His Divine Holiness Acharya Swamishree’s 65th birthday; and of course, the ongoing Shree Muktajeevan Swamibapa Shatabadi (centenary) celebrations.

The sants then offered an array of lavish food items in the form of an annkut to the Lord,  and everyone was given the opportunity to offer aarti, before Acharya Swamishree delivered His divine ashirwad.

A special dance had been composed in celebration of Acharya Swamishree’s 65th birthday, in which 65 participants were dotted all around the temple. After the dance, Acharya Swamishree cut the different cakes, which included 65 individual cakes and cakes in the shape of the numbers 25, 65 and 100, and offered it to Lord Swaminarayanbapa Swamibapa. Sadguru Shree Akhileshwardasji Swami then offered Acharya Swamishree cake on behalf of the entire congregation.

The day concluded with everyone taking prasad thaar. 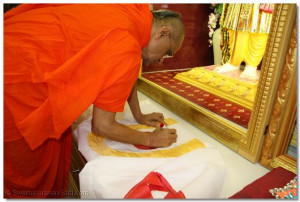 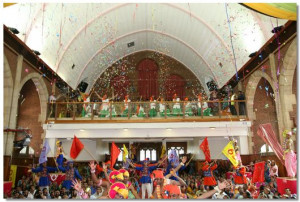 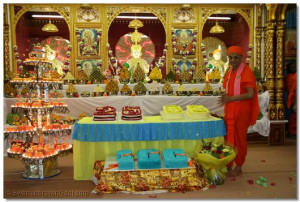 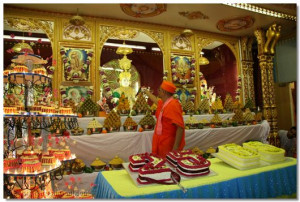 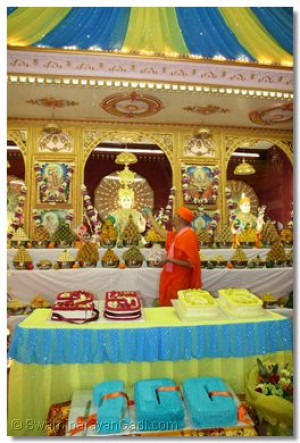 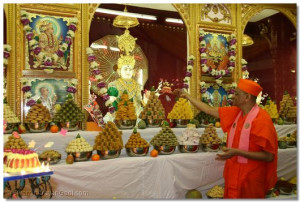