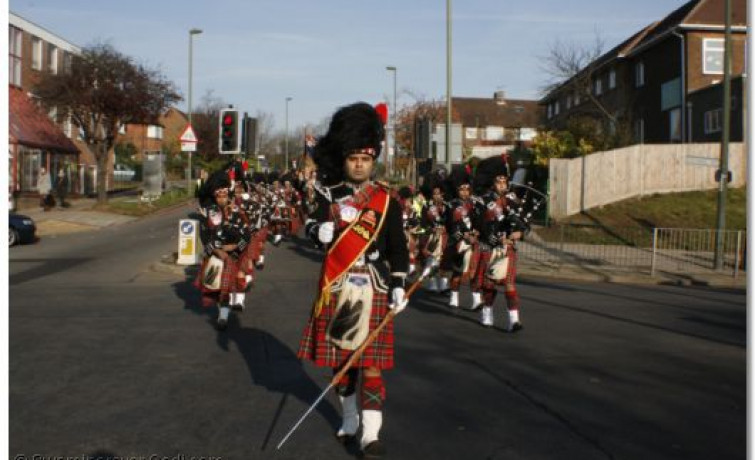 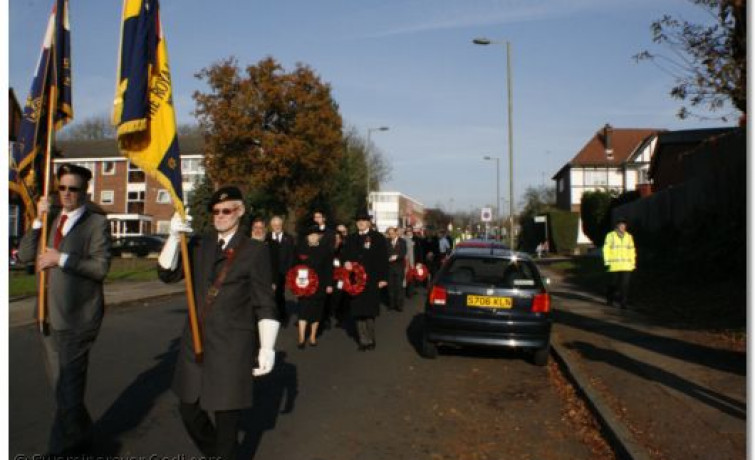 The Hindu festival of, Diwali, extended to Remembrance Sunday as the Shree Swaminarayan Temple Golders Green London continued its campaign for blood by paying tribute to soldiers who gave their lives so that strangers whom they knew not could live - by giving the anonymous gift of life to a complete stranger through blood donation. A record 103 pints of blood were collected in one session at the temple on 13 November 2011.

Following the launch of the current Blood campaign in a special event held at the temple on the Hindu New Years Day when a Poppy collection was also taken from those attending, the temple also sent its Shree Muktajeevan Pipe Band to the Royal British Legion Remembrance Sunday memorial on Sunday 13 November 2011.

The band marched the one mile procession through North London's Edgware and temple trustee Dr Mahesh Varsani and band Drum Major Narhari Khimani laid a wreath on behalf of the temple and bowed in reverence to the so many Indian soldiers who gave up their tomorrows for our today . There is "Some corner of a foreign field That is for ever India" also.

Hendon and MP Matthew Offord remarked "It is so wonderful to see the band here, reminding us all that Remembrance Sunday is important to all people of all nations and cultures. The Indian Scottish bagpipe band is the epitome of the temples ethos of not only tolerance or even acceptance but embracing of cross cultures. Something of which the soldiers who are being remembered today would be proud. that indeed in this respect they did not die in vain."

The soldiers to whom homage is paid on Remembrance Day gave their lives as the ultimate sacrifice in the line of duty. Acharya Swamishree says "The Swaminarayan Philosophy insists on pure, simple living and high thinking, which inspires people to put service to society before themselves...service (sewa) is a primary duty (dharma), sewa to society must be our mantra and there is liberation for the soul in this."

The giving of blood is the most laudable selfless act of Sewa to society and a fitting tribute by the temple to those who gave their life's blood in wars past and present.

Band members then rushed back from the memorial event to the temple to give blood with other members of the temple community and wider community. A record over 103 pints of blood were collected in one session and total of over 350 pints have been collected at the temple now in its fourth year of sessions from the local Jewish, Christian, Muslim and Hindu and other communities....a remarkable memorial in itself for Remembrance Sunday. More importantly the temple is playing it's part in the formation of habits in the community to give blood regularly. 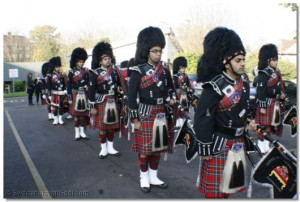 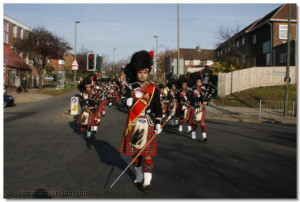 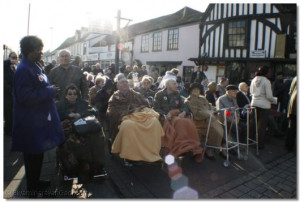 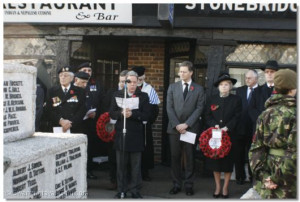 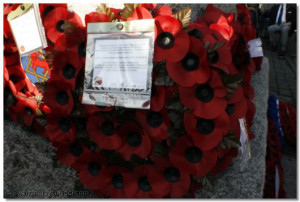 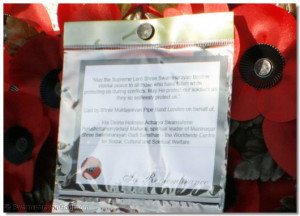