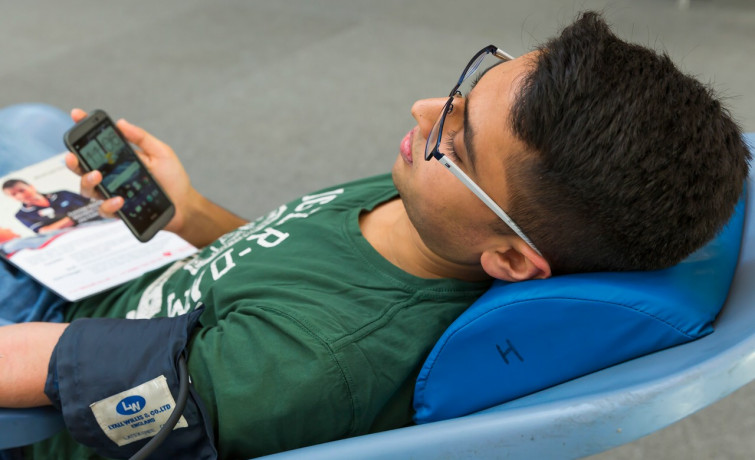 The blood donation session held on Sunday 8th February, welcomed over 100 people including 35 new donors. With 98 units collated in Sunday’s session alone, our total donated units rises to 1,312 and our new donor count to 341.

The session manager Trudi commented, “It was great to see so many new donors and new faces as well as the regular donors.  There were lots of families and groups supporting each other and encouraging each other to donate. I especially like seeing the young children come with their parents as they are our donors of tomorrow.”

The evening saw the red theme continue, with the congregation a sea of red in support of the British Heart Foundation’s Wear It Red campaign. The Mandir itself was also lit up in red to raise awareness. Throughout the day, we collated unwanted clothes to fund life-saving research. Coronary heart disease is the UK’s single biggest killer with South Asian at higher risk than the rest of the British population.

About the blood donation session

There are many forms of charitable endeavours but the donation of one’s blood is considered the most precious as it gives the gift of life. This is considered the truest form of Sewa as donors selflessly give without knowing who their blood will go to. London life is often time poor, so for over 100 people to give both their time and their blood to complete strangers is a truly amazing act.
The blood will be split into three components, red cells, platelets and plasma. The platelets donated by the 98 donors will be used within 5 days to treat a host of medical conditions including cancers, chemotherapy, major surgeries, sickle cells, thalassemia and many more.

We took the opportunity to find out why people had come to Shree Swaminarayan Mandir to donate and here are just some of their reasons. 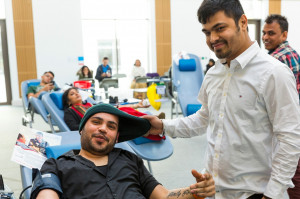 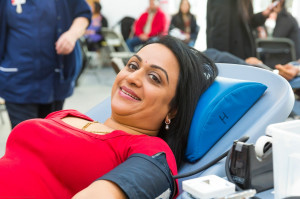 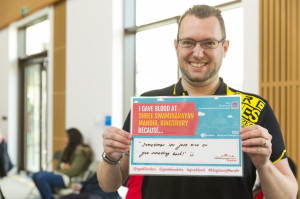 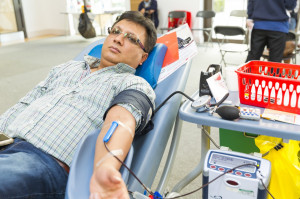 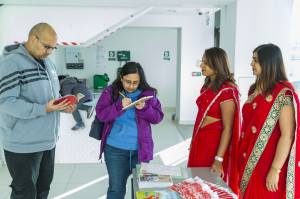 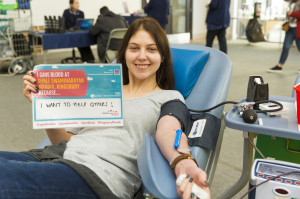