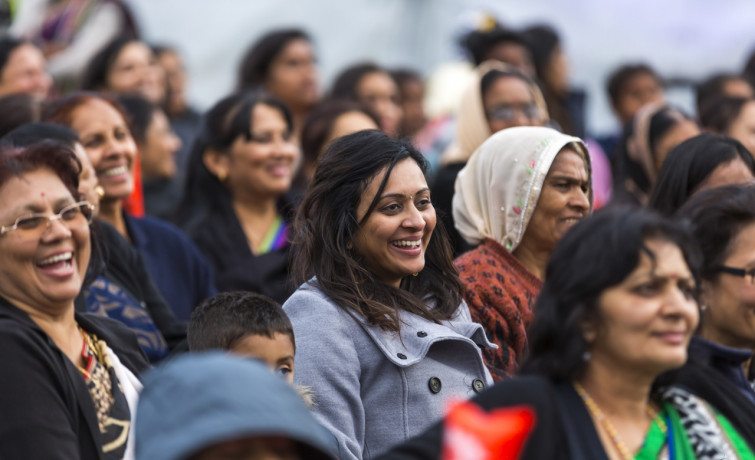 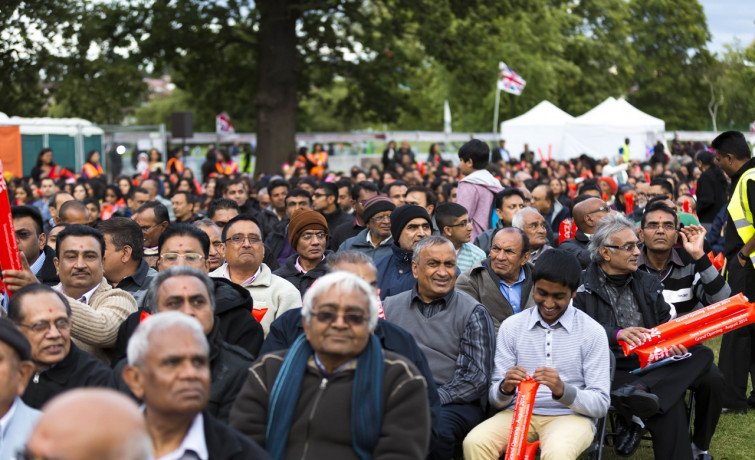 Classical, contemporary, raas, bhangra, hip-hop – you name any dance style, and chances are that the audience that gathered in Roe Green Park Friday evening witnessed its performance by the sants and disciples of Maninagar Shree Swaminarayan Gadi Sansthan from around the world! One after the other, groups of performers took the stage cladded in colorful costumes and various props to dance to an eclectic mix of kirtans in order to please Lord SwaminarayanBapa Swamibapa and His Divine Holiness Acharya Swamishree.  Saurabh Rajyaguru and Ravi Sayta, the masters of ceremonies, introduced each performance and added comedic anecdotes to keep the audience energized, engaged, and entertained throughout the evening.

Before commencing their performances on stage, the dancers all escorted His Divine Holiness Acharya Swamishree into Roe Green Park with a welcome dance. The dance show featured the following diverse line-up of twelve performances:

Just before the start of the finale, the masters of ceremonies announced that a surprise was on its way. The audience had no idea what it could be, until they saw Acharya Swamishree was no longer seated on His throne...  Just after the conclusion of the finale, the kirtan “Chatakthi Chaale Manohar” started playing from the speakers, and Acharya Swamishree walked onto the stage adorned in golden jhanjhar (anklets).

The crowd was thrilled to have such divine darshan of Acharya Swamishree, and everyone was immersed in utter bliss. Acharya Swamishree gave His blessings to all of the performers before returning to the temple, and this concluded the last of three wonderful open-air evening programs of the Kingsbury Mandir Grand Opening Festival celebrations. 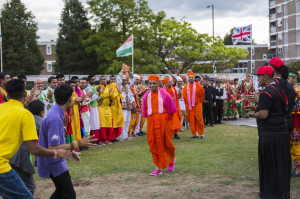 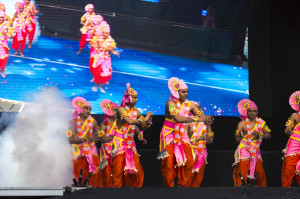 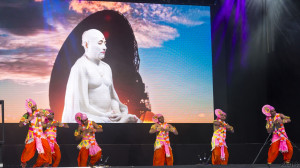 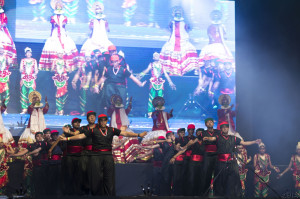 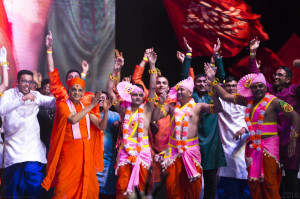 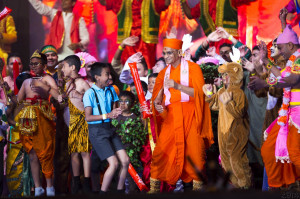