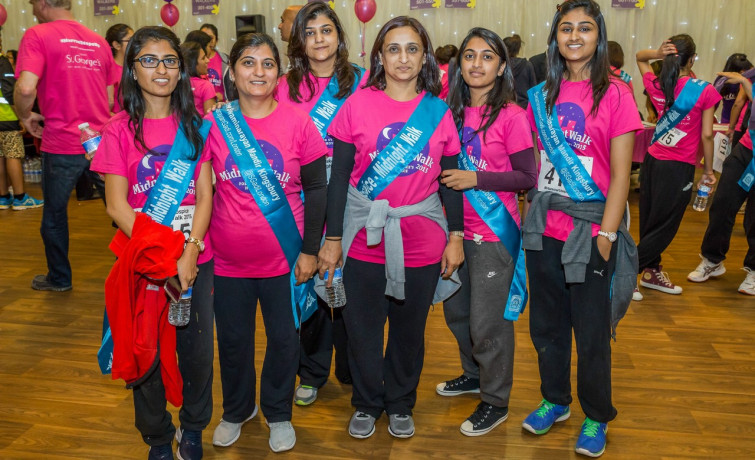 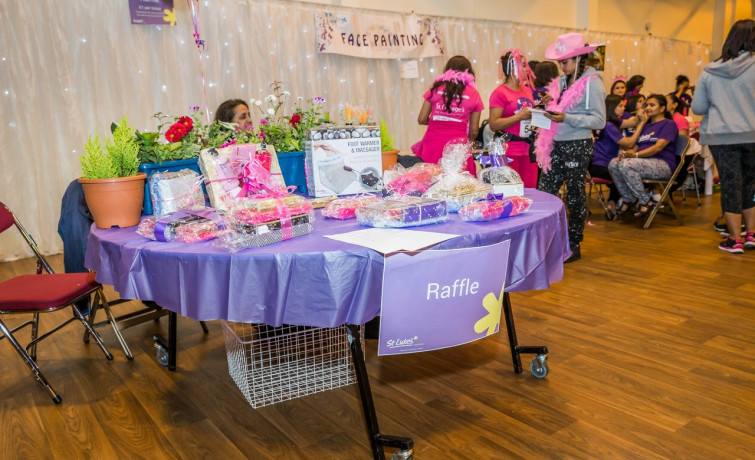 110 ladies young and old from Shree Swaminarayan Mandir took part in the annual Midnight Walk organised by, and in support of, the St Luke’s Hospice, raising important funds as well as awareness for this fantastic charity.

The walkers from the Mandir were inspired by Acharya Swamishree Maharaj’s philosophy of selfless giving, and follows on from the efforts in the lead up last year to the Grand Opening of Shree Swaminarayan Mandir Kingsbury, where the congregation raised over £30,000 for the hospice through a series of sponsored skydives, swims and walks.

At that time, Lord Dolar Popat, a founding Director of St Luke's Hospice, commented that Shree Swaminarayan Mandir Kingsbury was the only religious organisation that was helping the Hospice in this way.

Supporting the walkers were forty volunteers from the Mandir who acted as stewards, providing security along the nine-mile route through Harrow. Shree Muktajeevan Pipe Band entertained the crowds that gathered at the start of the Midnight Walk route at Harrow Leisure Centre, whipping up an electric atmosphere and raising the spirits of the crowd before the long walk ahead. 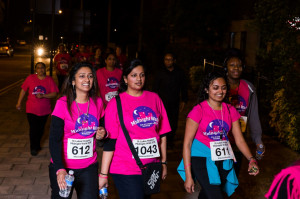 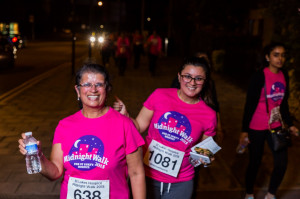 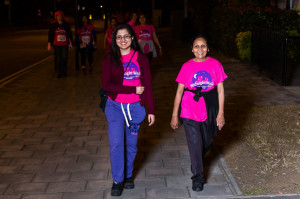 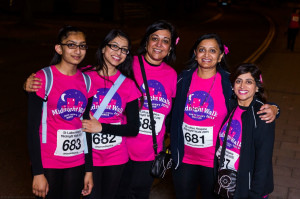 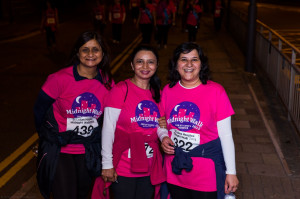 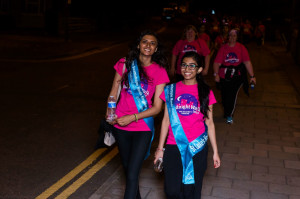