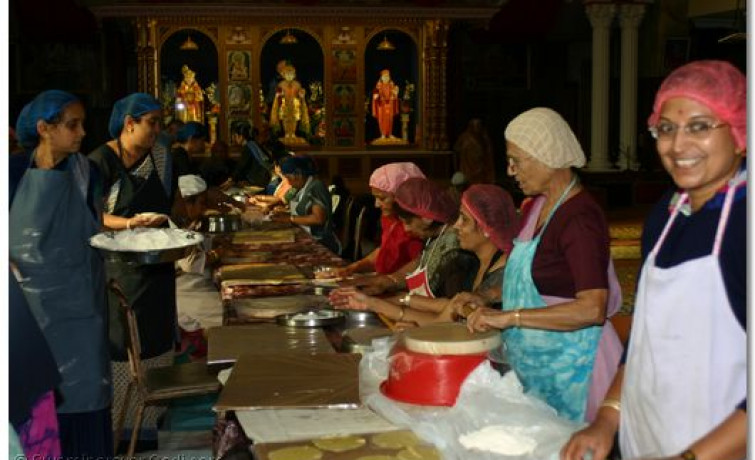 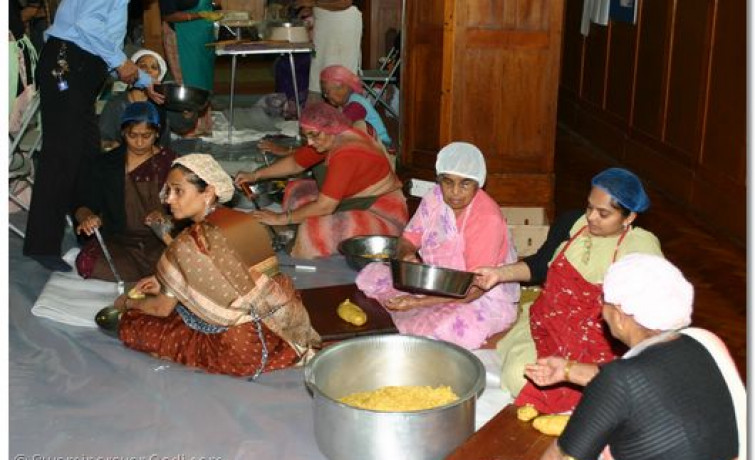 On Sunday 22nd of October, Diwali and the Hindu New Year were celebrated at Swaminarayan Gadi  Sansthan temples all over the world.

In London, devotees, both young and old, had been preparing for the festival days in advance and had  lovingly prepared a feast of food dishes for the Annkut and decorated the Temple in bright coloured materials and decorative candles and lights to welcome in the Hindu New Year. Early on the morning of New Year's day, the thars were carefully arranged before Lord Swaminarayanbapa Swamibapa for all to receive annkut darshan. A special Diwali assembly was held, and the devotees diligently listened to Shree Muktajeevan Swamibapa's and Acharya Swamishree's ashirwards.

During the special Diwali assembly, Mr Andrew Dismore - Member of Parliament for Hendon - was an honoured guest. He joined the temple trustees to light the auspicious flame marking the dawn of the New Year; symbolically burning away the darkness (i.e. ignorance, worldly desires and thoughts) and replacing it with the light of truth and divinity.

Diwali and the New Year are a time when people come together and put aside their differences, and share the joy of the festivities. To mark this everyone in the congregation greeted each other and wished them the best for the coming year. Thereafter Annkut prasad was enjoyed by all.

In the evening a Diwali open day event - Diwali06 - was held at the Temple. Friends and neighbours of the temple were invited to the temple to join and share in the happiness of Diwali and the Hindu New Year festivities. A plethora of activities and events were arranged for the guests to learn more about the festive season and the rich culture of India. Amongst other activities, the guests were able to try on costumes from India, receive some prasad from the culinary delicacies prepared for the annkut, try their hands at traditional Indian arts and crafts, have their hands adorned with Menhdi patterns or have their name scribed in Gujarati.

In addition, the guests were treated to performances by the young members of the temple's Shree Muktajeevan Arts and Culture Academy, who had prepared traditional Indian dance routines and classical Indian music shows. The temple's own Scottish Pipe band - Shree Muktajeevan Pipe Band - also gave renditions of classic Scottish music as well as famous Indian melodies.

Over 500 people attended the event and took the opportunity to share in the wonderful experiences of Diwali, the Hindu New Year and the traditions of India. 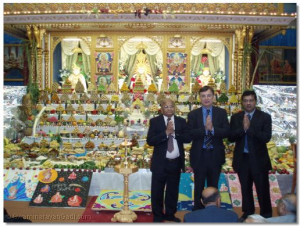 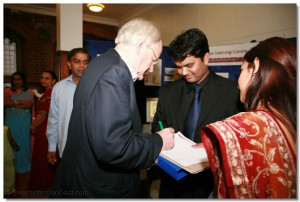 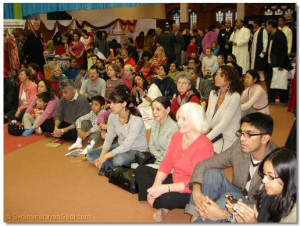 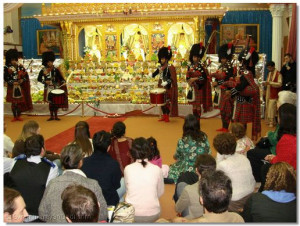 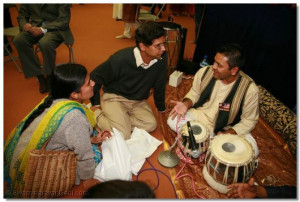 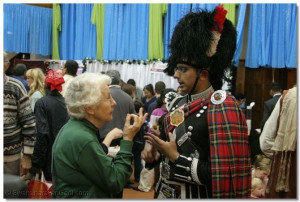