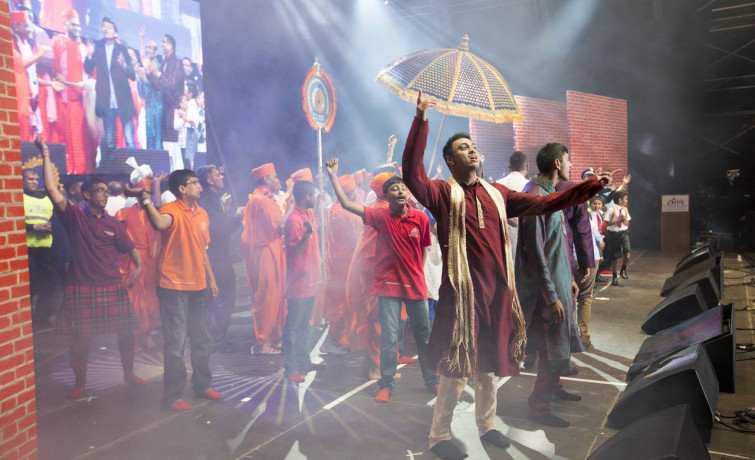 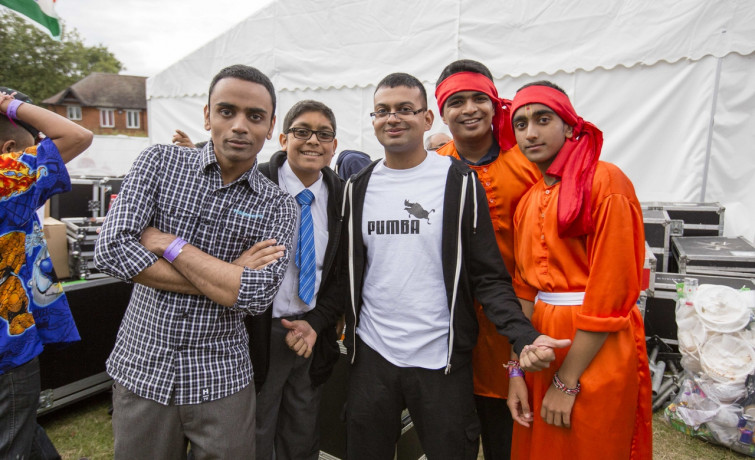 Thursday the 21st August evening’s entertainment event at Roe Green park saw the culmination of a year’s worth of script-writing, dance rehearsals, creativity, and hard work in the form of a spectacular musical called “Jeevan Ni Pasandgi, Pasandgi Ni Jeevan” or “Life’s Choices for the Choicest Life.”

The musical followed a young disciple named Dev, whose one-time choice to skip Amaas celebrations at temple in favour of a friend’s party at a club led to a downturn of events, eventually leading him off the path of bhakti and religion and into a destructive lifestyle, which ultimately landed him in prison. Dev realized his mistakes while in prison with his friend, and he prayed to the Lord to rescue Him. His Divine Holiness Acharya Swamishree appeared to Dev and told him not to fret – Once a child has come to the shelter of Shree Swaminarayan Gadi, the Lord will never leave him. He has been and will always be with His children. As such, Dev and his friend were saved from prison. Upon comprehending the Lord’s glory and the fruits of devotion and seva unto Him, they both became actively involved in the temple and sought to strengthen their devotion and religious knowledge with each passing day. In the end, they were both rewarded with the opportunity to perform seva for the grand opening of Shree Swaminarayan Mandir Kingsbury.

The key message of the musical was that the choices we make and the company we keep all have an impact on the paths our lives take. We should surround ourselves with disciples and people of highest morals and ethical standards so that we always tread on the path of religion and devotion versus one of sins, bad habits, and destruction.
At the end of the musical, Acharya Swamishree was escorted onto the stage in a grand golden chariot, and all of the performers danced around Him in jubilation to various Mahtosav kirtans. The night ended with the echoing of the words… “Dodi dodi aavo, Shreeji nu sukh paavo, ke London ma Kingsbury dhaam gaaje re! Swaminarayan naam thi, Swamibapa naam thi, London ma Kingsbury dhaam gaaje re!”

An exceptional stage set complete with top-notch lighting and audio, comedic scenes, outstanding choreographed dance performances, and relatable anecdotes added to the main storyline of the musical to make it a phenomenal success. Acharya Swamishree, sants, and disciples equally enjoyed the show.

Hats off to all of the performers, directors, producers, script-writers, costume designers, and stage and crew members, who were all guided by the Lord and Acharya Swamishree’s boundless love and blessings to put on a spectacular show that was not only entertaining, but engaging and filled with meaningful teachings. 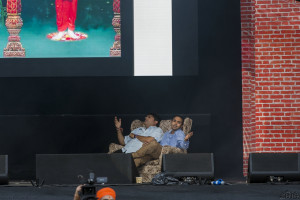 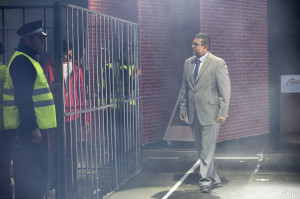 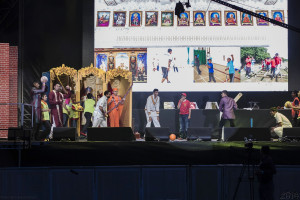 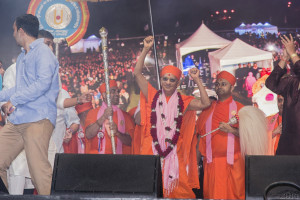 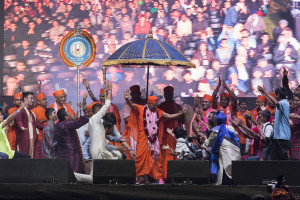 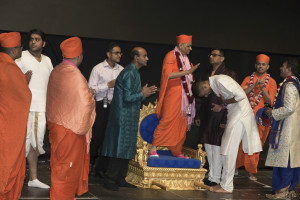