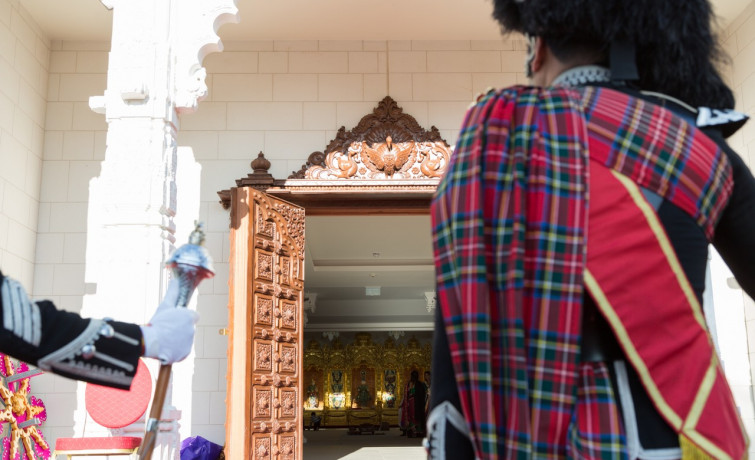 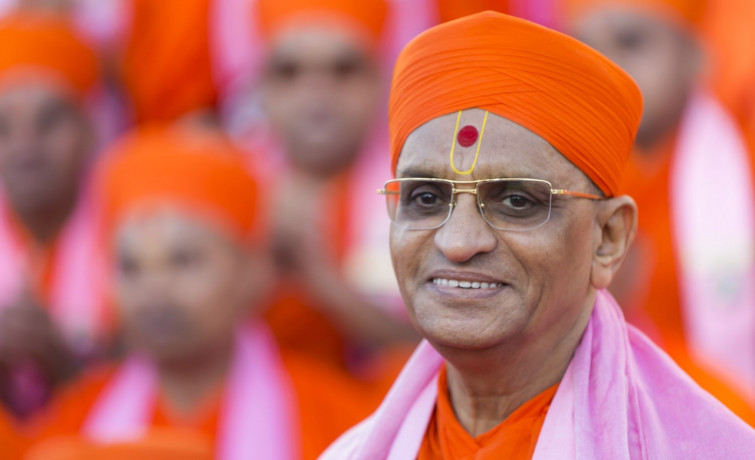 After a phenomenal opening ceremony Tuesday evening, the Kingsbury Mandir Grand Opening Festival officially began on Wednesday morning of the 20th of August. Overnight, the opening ceremony concert arena had been transformed into a majestic sabha mandap, resembling a divine assembly in Lord Swaminarayanbapa Swamibapa’s Akshardham.

Disciples in the Shree Muktajeevan Dance Academy then performed a splendid and entertaining swagat nrutya to welcome Acharya Swamishree to the sabha mandap for the first time during the Mahotsav.

Several honourable guests, including Tarachandbhai Cheda - Gujarat Minister of State for Industry,  members of Hindu Swayamsevak Sangh and leaders from the Shree Hari Krishan Temple in Watford, came to the mandir for Acharya Swamishree’s divine darshan. They were blessed and honoured by Acharya Swamishree, and they shared sincere congratulations to Acharya Swamishree and the congregation.

Acharya Swamishree then showered His divine blessings for the first time during the Mahotsav upon the entire congregation.

Disciples on whose behalf parayan were recited  were then blessed by Acharya Swamishree, and He was escorted out of the sabha mandap to conclude the morning’s sabha. Everyone was served mahaprasad lunch in Purushottam Mahal afterwards. 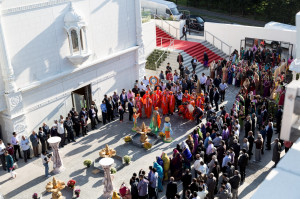 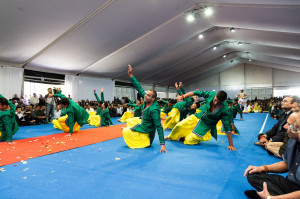 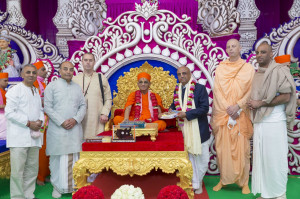 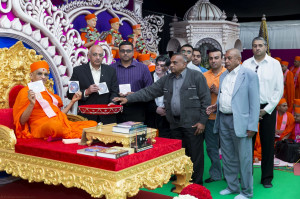 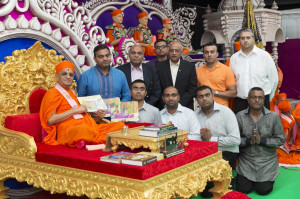 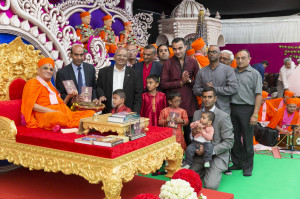