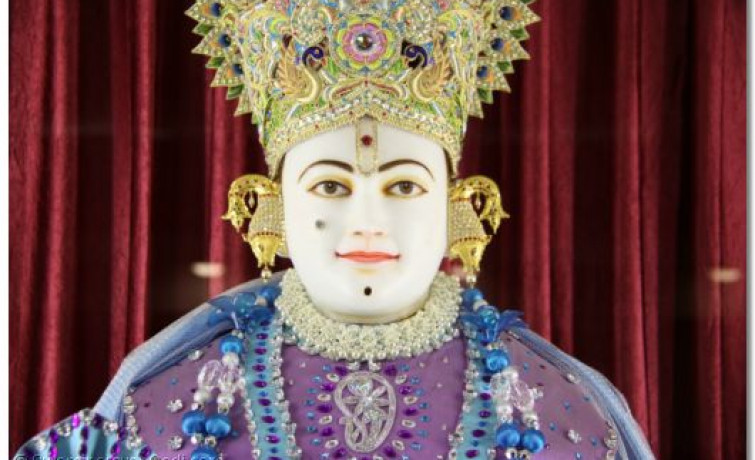 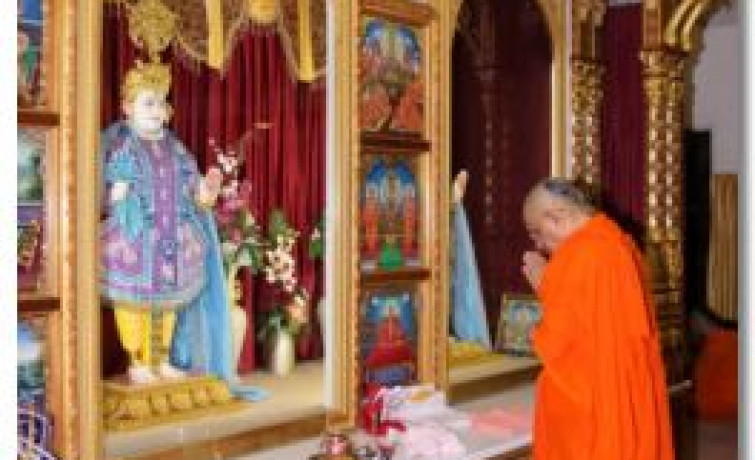 Acharya Swamishree then gave His divine blessings to the assembly and reminded everyone.

As a climax to the day and indeed the preceding ten years, a magnificent music and dance finale was performed by the collective students of Shree Muktajeevan Pipe Band, Shree Muktajeevan Dhol Academy and Shree Muktajeevan Arts & Culture Academy. Firstly Acharya Swamishree was charioted into the Temple akin to a Roman Emperor with His charioteers, gladiators and attendants dressed in such themed attire. Young dancers led the chariot towards the Sinhasan to the rhythmic beats of dhols. The Drum Corps of Shree Muktajeevan Pipe Band then took over in an East-West fused drumming medley before a traditional African Masai dance was performed. As a finale to this performance, all the participants, including the pipers of the Pipe Band, played out and danced to an especially composed melody of Indian and African origin.

As a grand finale to the to the event, His Divine Holiness Acharya Swamishree was honoured as the true inspiration behind all the activities, endeavours and progress made in the ten years since the installation of the divine Murtis of Lord Shree Swaminarayan, Jeevanpran Abji Bapashree and Jeevanpran Shree Muktajeevan Swamibapa at Shree Swaminarayan Temple London. On behalf of all the gathered disciples, Jeevanpran Swamibapa's sants showered Acharya Swamishree with crystals in recognition of His achievements. 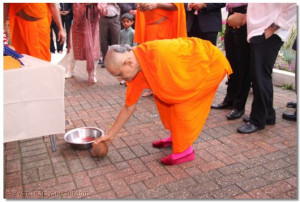 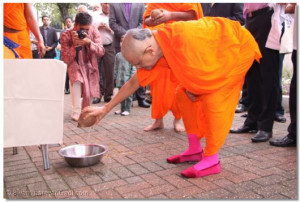 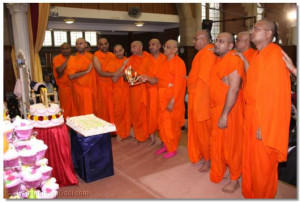 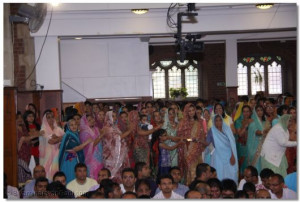 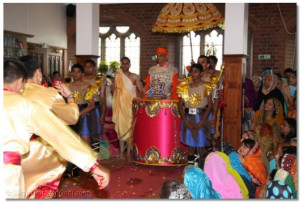 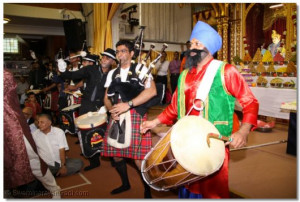