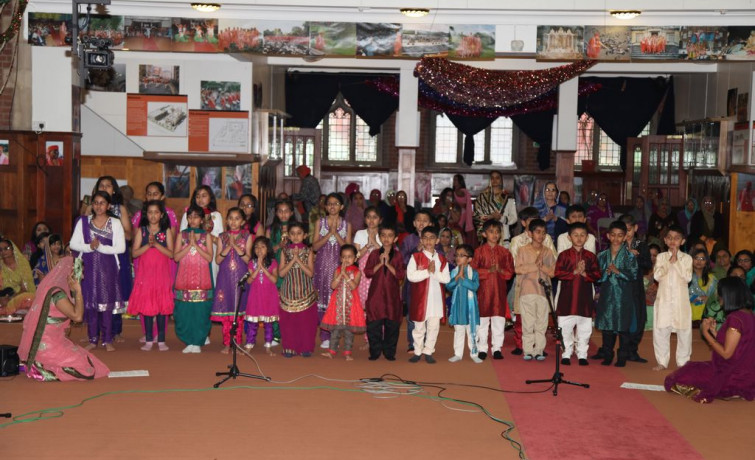 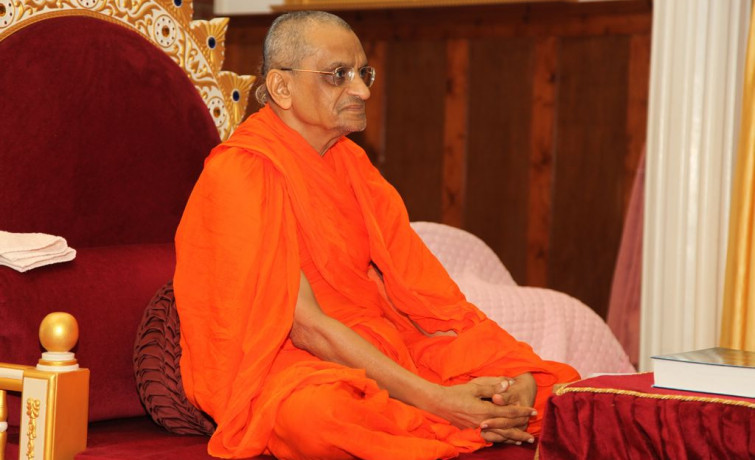 Students of Shree Muktajeevan Arts and Culture Academy held a special evening of kirtan bhakti as part of the Farewell Golders Green Celebrations. In keeping with the theme of these celebrations, the show was a compilation of some of the most memorable performances of the past 31 years. Kirtans were performed by Sants and disciples to please Lord Swaminarayanbapa Swamibapa; His Divine Holiness Acharya Swamishree bestowed His divine darshan throughout the evening.

The highlight of the evening was a repeat rendition of "Hari Charan Ma" performed by Sant Shiromani Shree Anantanandasji Swami. The performance brought memories of the year 2000 flooding back, during which he first sang this kirtan during the London Murti Pratishtha Mahotsav. That night generated a truly electric atmosphere in the Sabha as Acharya Swamishree joined Shree Anantanandasji Swami on stage and danced with joy during this kirtan. In much the same way, Acharya Swamishree once again rose to His lotus feet tonight and danced with joy as the ecstatic congregants sang, clapped and danced away, making for an amazing and unforgettable end to the evening.

Jeevanpran Shree Muktajeevan Swamibapa had a particular affinity to kirtan bhakti - there are numerous divine episodes where He has showed the power of kirtan and what can be achieved through it. His Divine Holiness Acharya Swamishree, taking inspiration from His beloved Guru's passion for kirtan bhakti, has encouraged His sants and disciples to flourish in this art-form. Maninagar Shree Swaminarayan Gadi Sansthan has produced over a hundred high-quality kirtan compilations and concerts - many of which have involved internationally renowned producers, musicians and singers. Disciples in London have formed Shree Mukta Orchestra, to perform kirtan bhakti to professional standards, in order to please Lord Swaminarayanbapa Swamibapa and Acharya Swamishree. The Orchestra also pulls through students of Shree Muktajeevan Music Academy, where youngsters learn to singing as well as play tabla, harmonium and other instruments. The activities are all run under auspices of Shree Muktajeevan Arts & Culture Academy. 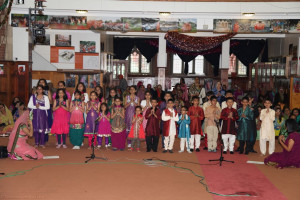 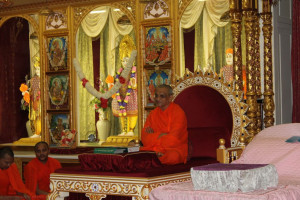 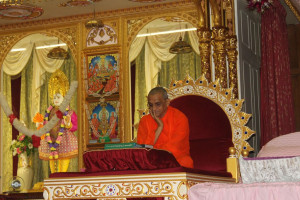 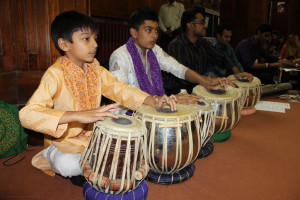 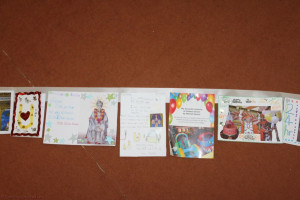 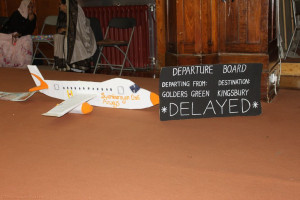