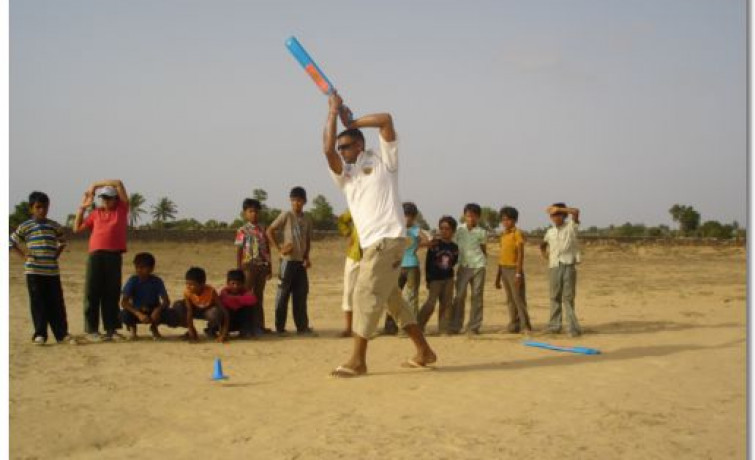 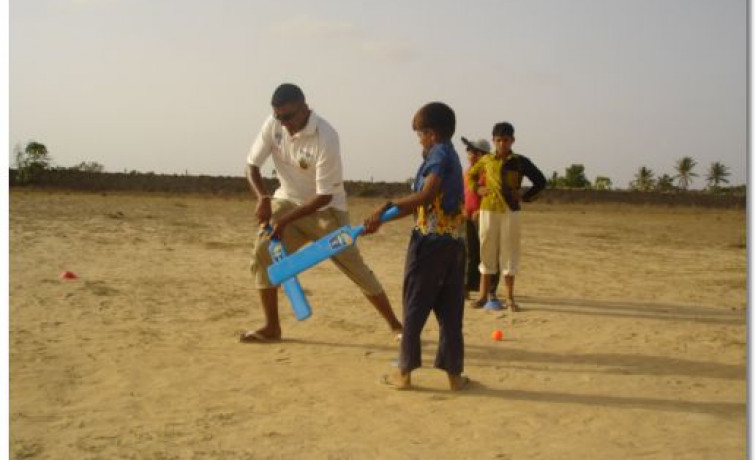 Whilst in India on holiday recently, qualified Level 2 cricket coach Muks Rabadia took several hours out to coach school children in Rampur. Seventeen boys from the Rampur Primary school were put through their paces on a hot afternoon by Muks.

The session began with a warm up which included dynamic stretches, jogging and catching relays. Once the children were warmed up Muks began by demonstrating techniques for close catching, high catches, long barrier and crop hop and throw.

From here the batting stance and grip was introduced which progressed onto drills for straight drive (backward and forward), pull shot and square cut.

Various drills were used to practice the new shots the players had been taught. After a well earned water break (the temperature was close to 38 degrees) the bowling action was next to be tutored.

This proved to be the most challenging as even though the children were young, they had already developed their own styles. Various other skills were demonstrated and taught.

No cricket session is complete without a cricket match. This was a good opportunity for the player to put into practice the skills they had learnt. All in all the children enjoyed the session and the most asked question was when are we doing this again.

None of the children had ever received any coaching before; everything had been imitated from watching cricket on TV. This was a unique opportunity for them to learn correct techniques and more importantly have fun. This is something that Swamibapa Cricket Club will aim to do in the future. 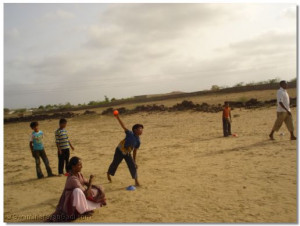 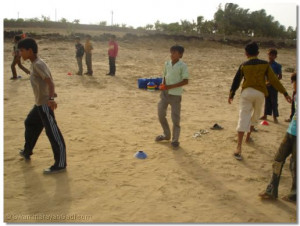 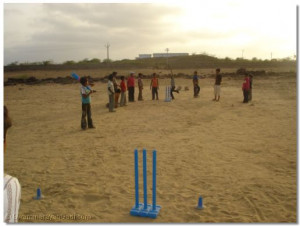 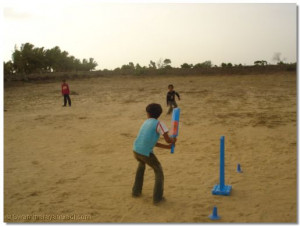 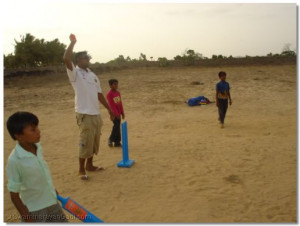 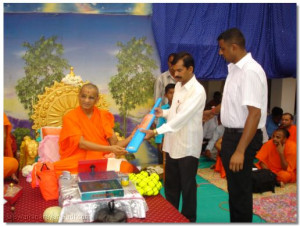