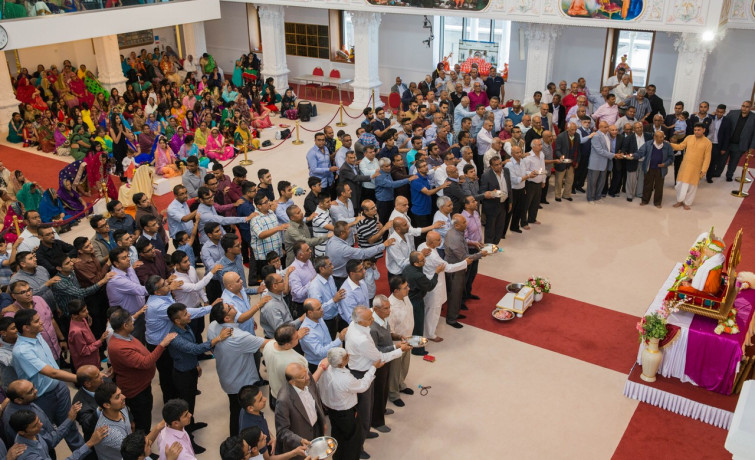 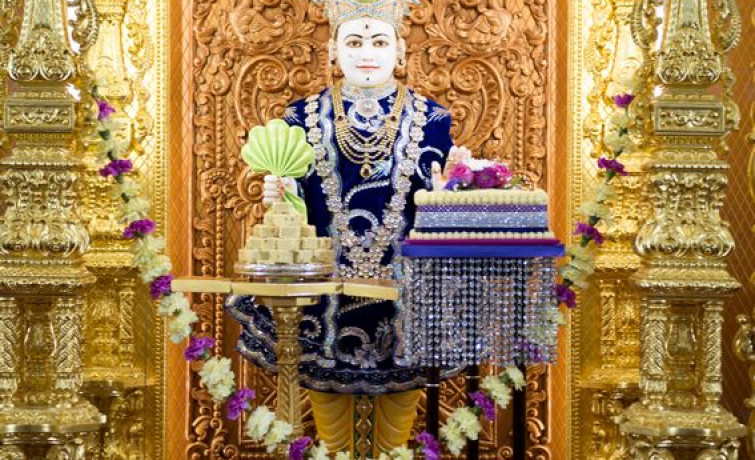 The first Gurupoonam since the Grand Opening of Shree Swaminarayan Mandir Kingsbury was celebrated on Friday 31st July. Gurupoonam is one of the most auspicious days of the year for disciples; an opportunity to pay homage and respect to their Guru, in our case the supreme Guru, Lord Swaminarayanbapa Swamibapa and Acharya Swamishree Maharaj.

Literally translated, Gu means darkness and Ru means light, and so a true Guru is one that leads us from darkness to enlightenment. The Shree Swaminarayan Gadi family is fortunate to have found such a true and remarkable Guru in Jeevanpran Shree Muktajeevan Swamibapa. And so Gurupoonam is an opportunity to celebrate His benevolence and pioneering achievements, as well as a reminder that we, as His disciples, must remain totally surrendered unto His lotus feet and obedient to His commands.

Celebrations began with Shree Muktajeevan Pipe Band saluting Gurudev Jeevanpran Swamibapa, who was presiding on a golden palanquin held aloft by devout disciple. The Band, along with its troupe of young Cadets, led a procession on Kingsbury Road and into the Mandir, escorting Jeevanpran Swamibapa to the Sinhasan. All the gathered disciples had the opportunity to offer poojan and aarti to their Guru, before the congregation were showered with an especially recorded Ashirwad from Acharya Swamishree Maharaj that He had sent over while presiding in America, as well as Jeevanpran Swamibapa’s Ashirwad.

The evening concluded with everyone receiving Prasad. 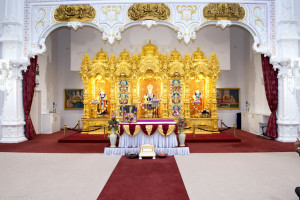 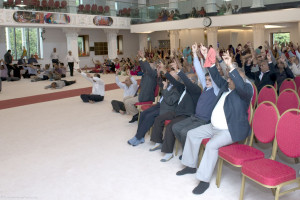 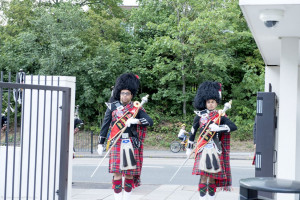 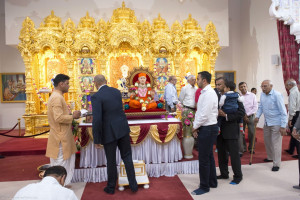 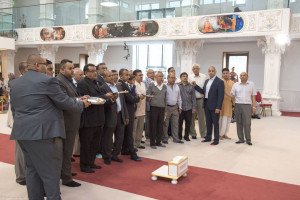 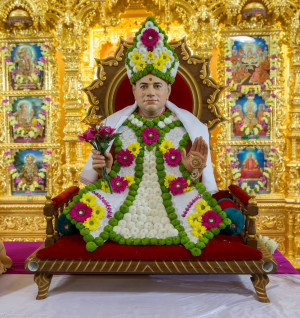