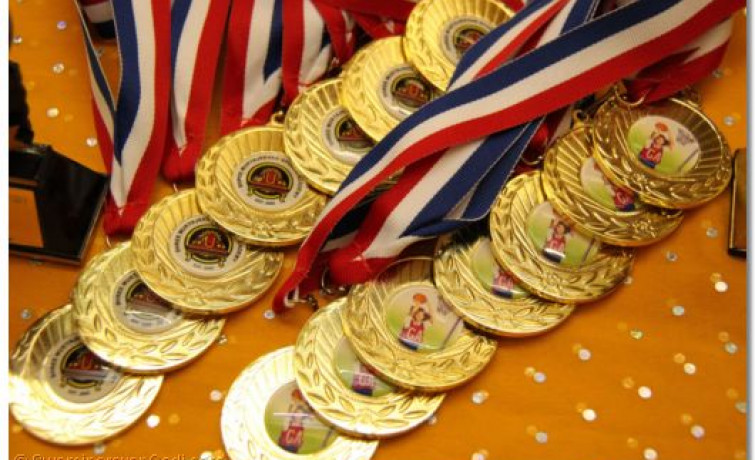 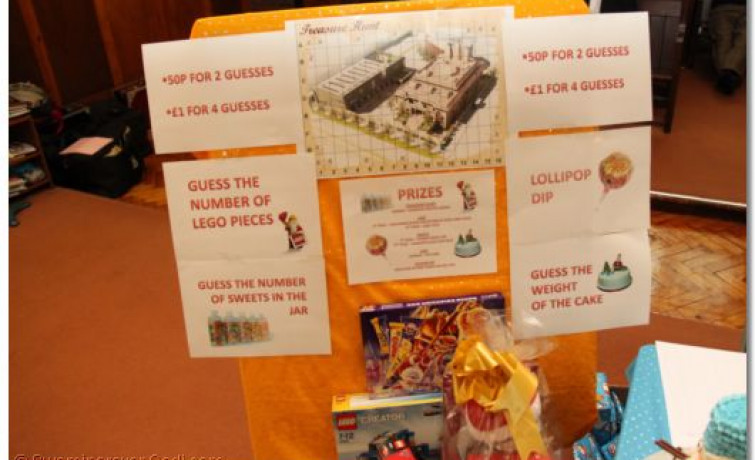 Each year as the festive period almost sneaks up on us, the Shree Muktajeevan Sports and Culture Academies come together to organise our annual end of year Open Day. Scheduled on Christmas day itself, the day is filled with a range of children’s games and activities as well as hosting the pool, table tennis and darts competition finals.

With the tinsel in their hair and their red and white saris, Santaben’s little helpers had taken to their stage. Their aim was to encourage as many people as possible to take part in the various activities that had been set up within the temple transformed fairground. Funfair games such as knock the cans, beat the goalie, play your cards right, an arts and crafts section full to the brim of glitter, glue, scratch art, face painting and glitter tattoos, Traditional guessing games such as guessing the weight of the melted snowman cake, the sweets in the jar and the pieces of Lego in the Lego fort, Vagha making competitions, dharmic quizzes, giant jigsaw puzzles, musical chairs, pass the parcel, wii games and a raffle... literally something for everyone to take part in.

The morning activities commenced from 9.30am on Sunday 25th December 2011, the temple was filled with an atmosphere of excitement, as people circled the temple wondering which activity to tackle first.  They were soon drawn in to Chandi’s Play your Cards Right hosted better than Brucie himself, it was the most popular stall by far! ‘Higher’, ’Lower’, ‘Ooh you get nothing for a Pair – Not in this game’.  As excited winners made their way to the prizes table, they were spoilt for choice, should they pick the oversized bouncy glitter ball, or the pretty wallet and purse?

Children’s faces painted as tigers, fairies, butterflies and clowns wondered the temple and even the adults joined in with cartoon characters, stars and tribal glitter tattoos on their faces and arms. Parents spent time in the arts and crafts area and helped their children, decorate cardboard Christmas trees, and make badges and key rings.

Ladies of the congregation sat and watched the activities for a while and then began an arts and crafts activity of their own. The competition was to design 3 Vagha to adorn the Murtis of Lord Swaminarayan, Jeevanpran Abjibapashree and Shree Muktajeevan Swamibapa.  The ladies had an array of beautiful beads and jewels to use and it quickly became quite competitive. They were up against the clock knowing they would be judged on their design, use of materials and group participation.

Meanwhile in the back hall, the boys eagerly watched the finals, would it be a predictable final? Or was this the year of the underdog?

In 2009 Hashmuk Varsani was the won all three singles titles in pool, darts and table tennis. This year again he was in all three finals looking to achieve this feat. Unfortunately this wasn’t his year as he lost out to Shailesh Hirani in the pool and Harivadan Bhojani in the table tennis. Hashmuk did win the darts singles title against Rashmin Thakrani. The doubles tournament saw Harivadan Bhojani collect the double table tennis crown alongside his partner Chandra Varsani comfortably beat Mukesh Rabadia and Bharat Khokhrai. The pool doubles was won by Navin Kabaria and Navin Kerai with Nautam Pindoria and Jignesh Khimani finishing as runners up. The darts champions were Shailesh Hirani and Mayoor Patel beating Chandra Hirani and Kaushik Patel.

Raffle tickets sales had commenced, and sellers were overwhelmed with the demand, was it the Samsung 32inch LCD TV or the Samsung Vacuum they were all eyeing up?

At 12.30 it was time for our big family dinner. Ladies had been tirelessly cooking since 6am and had laid on quite the spread. The menu consisted of fresh parotha, paneer, crispy bhajia and the sweetest semolina seero that literally melted in your mouth.

With lunch over, and the tidying up complete, the long awaited afternoon programme was ready to begin. A video compilation, showcasing  the last year of activities and achievements within the temple, across all academies ( sports, culture, charity, education) was shown.

This was a true moment of reflection, as pictures of Swamishree’s arrival to the UK, the various blood drives, Sewa Day initiatives and sporting tournaments sparked fond memories amongst viewers. Boys eagerly nudged one another when they saw themselves on the big screen, parents smiles filled with pride, Academy leads feeling encourage with just how much had been achieved in one year – and all this in the name of Swaminarayanbapa Swamibapa. With serving and pleasing the Lord being at the heart of all we do.

Following a short interactive audience quiz on the video the raffle tickets were ready to be drawn. A sea of tickets could be seen from the stage, as people eagerly waited for their number to be called by the MC, Mukesh. One by one the prizes were won, some winners more excited about their prizes than others. Before the Top 5 raffle prizes were to be drawn, there was a trophy presentation for the various sporting tournaments that had been taking part.

Netball winners, football winners, pools, darts and table tennis runners up and winners came up one by one to collect their trophies, medals and awards. A huge amount of sporting talent to be recognised and celebrated, promoting the Shree Muktajeevan Sports Academy both internally and externally.

The day ended with both the vacuum cleaner and the television going to deserved homes as people left the temple with full stomachs, handfuls of prizes and festive spirits. 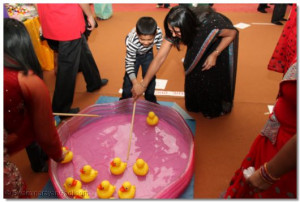 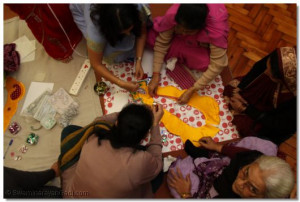 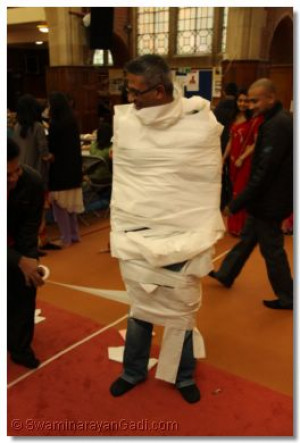 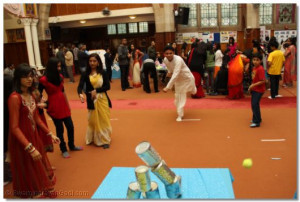 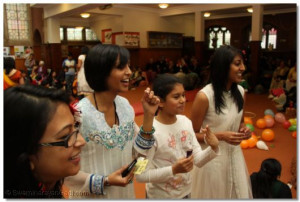 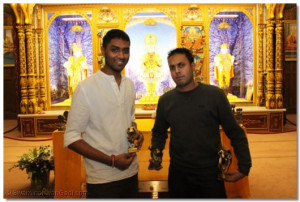