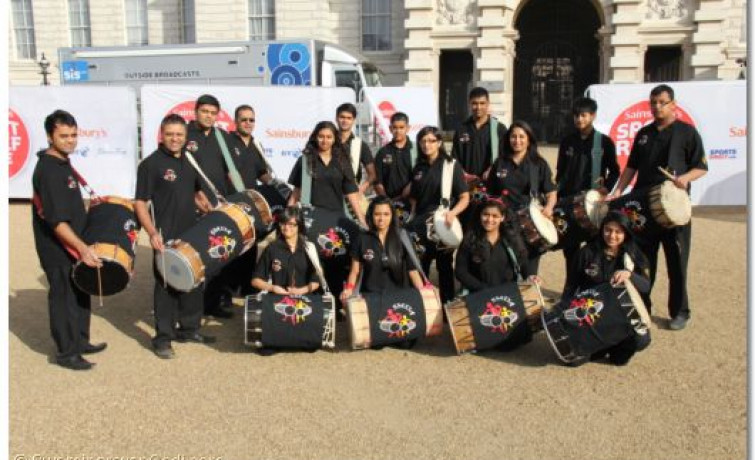 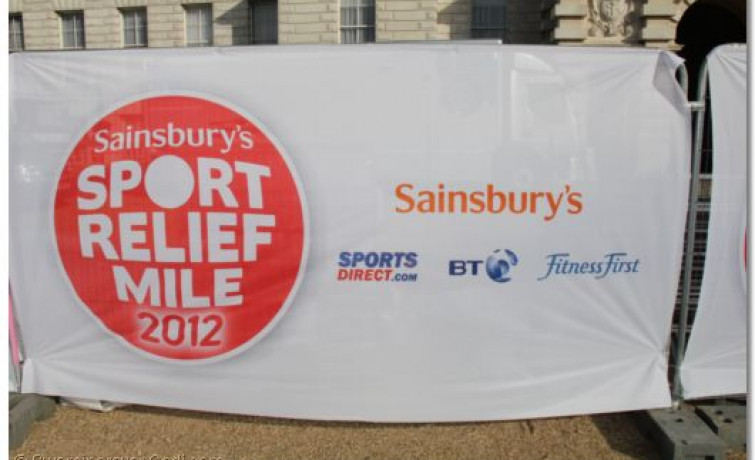 Both the Band and the Dhol'is opened the Flagship Event where tens of thousands were encouraged on by the swirling sound of the pipes and rhythm of the Indian dhol drums. They flanked the sea of runners as they streamed past the start line.

Celebrity guest runner Nell McAndrew said "it was tremendous to see communities like these getting involved in such a worthy cause" The event was broadcast live across the nation as part of the week long Sport Relief campaign.

His Divine Holiness Acharya Shree Purushottampriydasji Maharaj the inspiration behind all the temples charity work says that this type of Charity work is a "service to society and that that is our mantra...there is liberation for the soul in this."

The temple also hosted the "Golders Green Shree Swaminarayan Gadi Temple Mile" which was the only official Sainsbury's Sport Relief Mile event in the London Borough of Barnet and Brent.

Matthew Offord added "There is so much community spirit here, the pipe band and dhol drums have really set this event alight."

Race hosts - Shree Swaminarayan Temple based in Golders Green aimed to make this even bigger and better than the previous two occasions. In 2008 and 2010 this event raised over £12,000 and £13,000 for Sport Relief when it was high in the ranking of all local mile races from around the nation by engaging with the local community to make it happen.

Local synagogues, churches mosques, youth clubs schools and gyms lent their support by enlisting their members or congregants to run and made this a truly memorable multicultural sport relief charity event for all. Over 300 hundred runners took part. Some in fancy dress others carrying Indian dhol drums. Even 99 year old Rose Henderson completed the race part in wheelchairs and part walking around the course she and the others helped raise over £12,000 for Sport Relief .

Temple Trustee Dr Mahesh Varsani said "Race organisers agreed that the money raised will make the world of difference to people leading really tough lives both here in the UK and across the world's poorest countries." 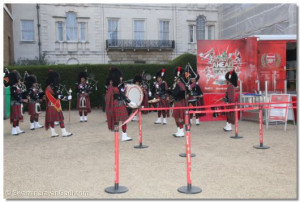 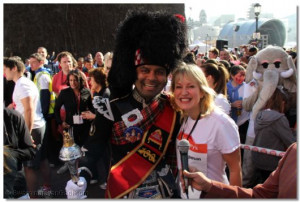 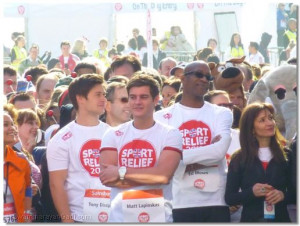 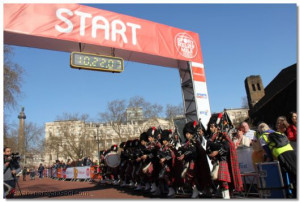 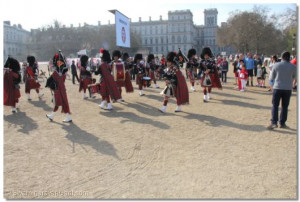 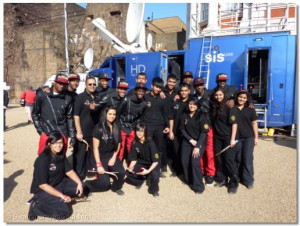