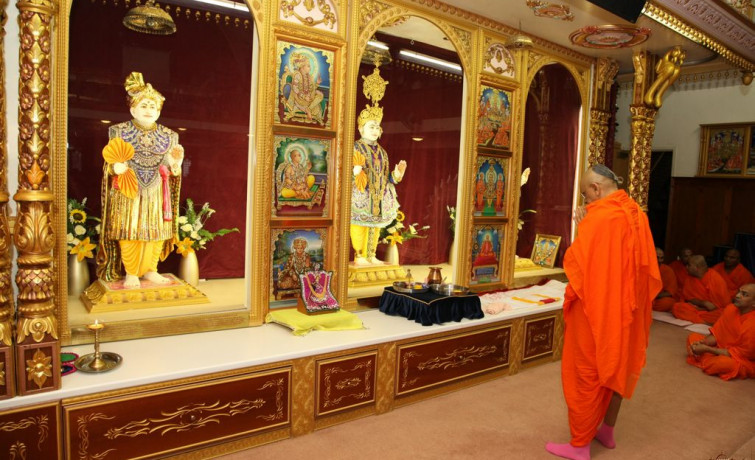 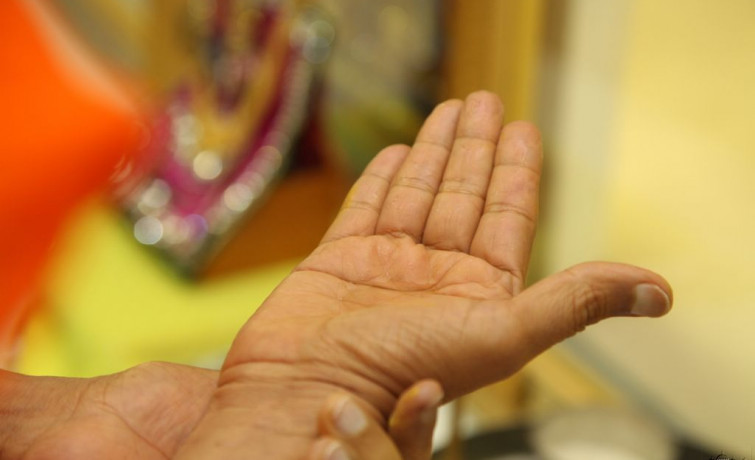 The final Patotsav at Shree Swaminarayan Temple Golders Green was a truly memorable event, which included the spectacular launch of the Kingsbury Mandir Grand Opening – the festival that will mark the inauguration of Shree Swaminarayan Mandir Kingsbury, in August 2014.

The day began with the auspicious and ancient Patotsav Vidhi, performed by His Divine Holiness Acharya Swamishree Purushottampriyadasji Maharaj. Soon after, the Annkut was unveiled for all to have the divine darshan of Lord Swaminarayanbapa Swamibapa amidst an offering of sweets, savouries and other delicacies. A wonderful surprise also awaited the sabha – Acharya Swamishree took part in a re-enactment of the famous scenes that occurred seventy years ago to the day when Jeevanpran Shree Muktajeevan Swamibapa arrived in Maninagar for the first time, and only had a kerosene tin in which to make khichadi and offer to the Lord. Acharya Swamishree Maharaj personally prepared khichadi and offered it to the Lord in remembrance of that occasion.

As the screen counted down from ten to zero, the crowd was whipped into a frenzy as Acharya Swamishree Maharaj pressed a launcher and officially commenced the Kingsbury Mandir Grand Opening festival. Confetti and dry ice cannons fired and giant “2014” logos were unveiled as poster unfurled along the sides of the Temple. At the same time, a special countdown clock started ticking, counting down to the very second that the new Kingsbury Mandir will be inaugurated. The new look website was also launched, along with calendars for each home.

This was the launch not of a festival for London, but merely a festival in London. Kingsbury Mandir Grand Opening will be a global Sanstha event, to which the entire Swaminarayan Gadi family is invited to join and celebrate. This was personified by a slide show of various Murtis of Ghanshyam Maharaj from around the world, including USA, Kenya and all over India, adorning the Kingsbury Mandir Grand Opening Logo.

Young disciples then performed a devotional dance to an especially composed invitation kirtan, and in their performance, revealed a number of other aspects of the yearlong celebrations to the Grand Opening. Niyams – or pledges – would be taken as part of the festival’s prelude. Niyam forms were distributed throughout the sabha and made available online so that our international community could partake. Also launched today was an ambitious target to write 10 million mantras – of the supreme name “Swaminarayanbapa Swamibapa” - in the lead up to August 2014. Again, front cover stickers for mantra writing books were available to download so that the international Swaminarayan Gadi family can join in.

Disciples offered a gold brooch depicting the Mahotsav’s emblem to Acharya Swamishree Maharaj – serving as a continuous invitation to all, everywhere that He travels in the coming year. Sants and the entire congregation were similarly given “2014” lapel pins to help promote the festival and spread the anticipation and excitement.

Acharya Swamishree then showered His divine blessings on all, in which He again reminded everyone that no matter who the contributors and organisers to the festival were, and irrespective of where it is taking place, Kingsbury Mandir Grand Opening was a festival of Maninagar Shree Swaminarayan Gadi, and encouraged all disciples across the world (many of who were watching the live broadcast of today’s festivities) to take part by writing mantra and filling out the pledge forms. The finale to today’s celebrations was the showering of His Divine Holiness Acharya Swamishree Maharaj with diamonds. Santos honoured Acharya Swamishree Maharaj in this way on behalf of all the disciple, before He was carried aloft by disciples into the enthusiastic sabha. The day concluded with everyone taking Prasad lunch. 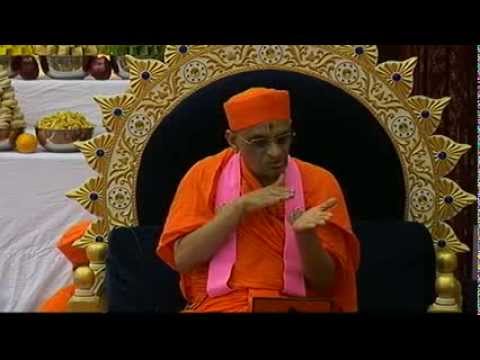 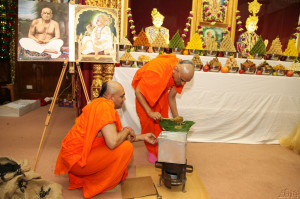 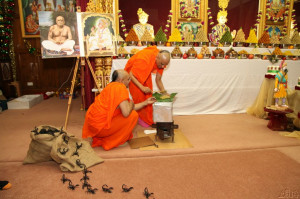 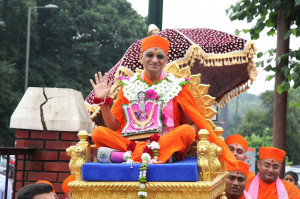 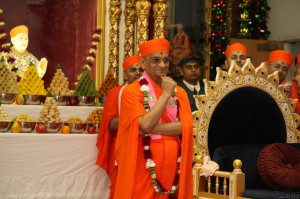 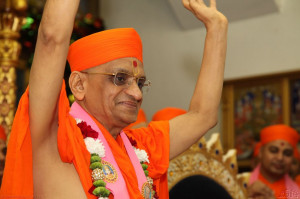 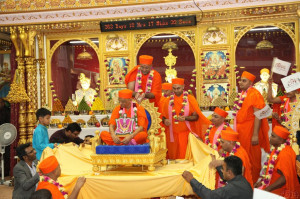