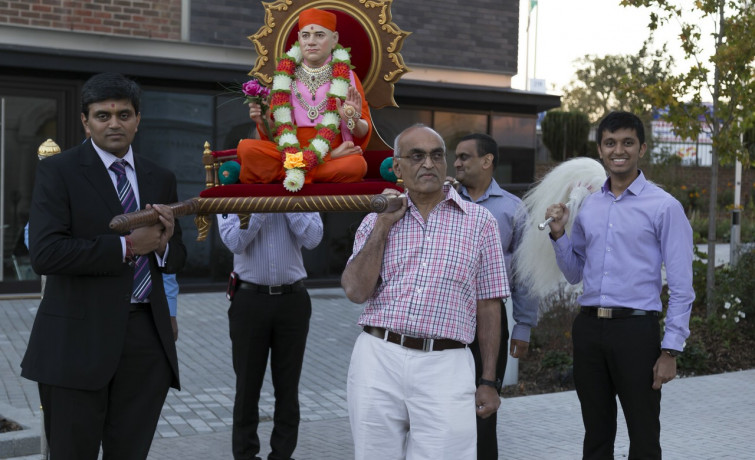 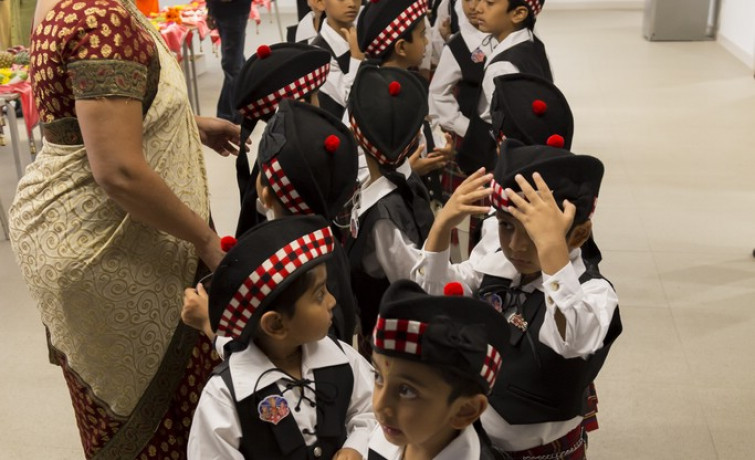 At 6:30pm, Shree Muktajeevan Swamibapa's murti was held aloft in a beautifully carved palaquin by disciples and saluted by Shree Muktajeevan Pipe Band. The band led Bapa around Shree Purushottam Mahal, up Townsend Lane and to the entrance of the mandir; followed along the way by a swagat formed by the young boys and girls of Shree Muktajeevan Cadets.

At the entrance of the mandir, the band formed a guard of honour as Swamibapa was lead to the front of the mandir. The swagat followed behind and presented gifts to Gurudev Swamibapa as he gave darshan to the sabha resplendent in flora vagha.

After swagat poojan, all disciples had the opportunity to perform poojan and aarti to Jeevanpran Swamibapa. These festivities were followed by the divine arshiwad of Acharya Swamishree Maharaj and Shree Muktajeevan Swamibapa.

On this special occasion it was announced that Shree Swaminarayan Mandir Kingsbury would be participating in the collection of goods on behalf of the British Heart Foundation's 'Bag It. Beat It' campaign, which is raising funds for research into the treatment of children with congenital heart conditions.

At the end of the sabha everyone received prasad of cake and ice cream. 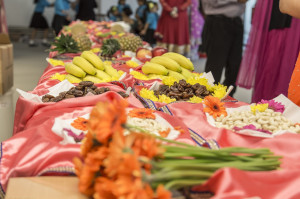 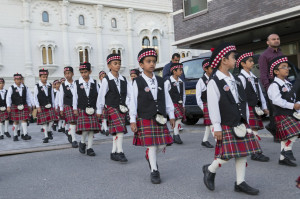 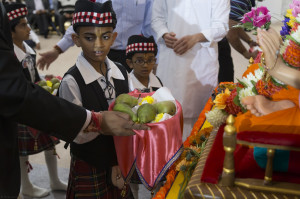 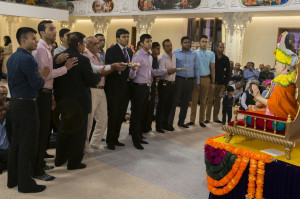 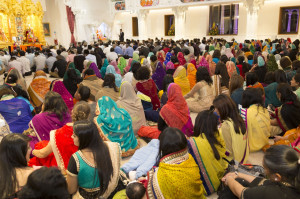 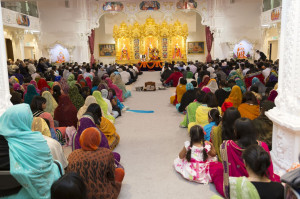