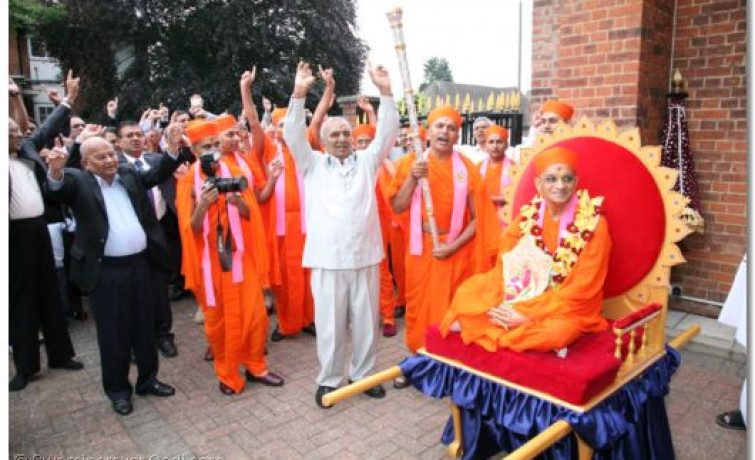 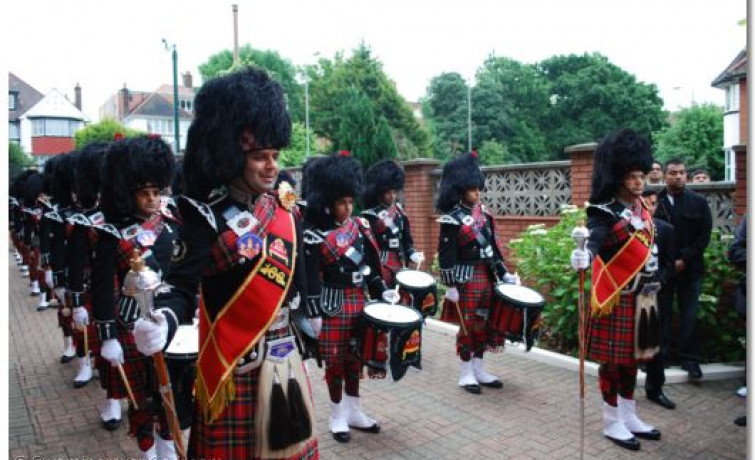 As the parade entered the Temple, students of Shree Muktajeevan Dhol Academy took over and filled the atmosphere with rhythmic beats. They formed two planks between which Acharya Swamishree’s palanquin passed. He then performed aarti before retiring to His quarters.

A special congregation was held at the London temple on that very evening, which marked the 67th anniversary of Acharya Swamishree manifestation. Kirtan and dance performances followed a cake cutting ceremony to celebrate this auspicious occasion. The trustees of the Temple, along with other senior representatives of sister Temples the world over, bequeathed His Divine Holiness Acharya Swamishree with flower garlands on behalf of the entire congregation. Sadguru Shastri Shree Sarveshwardasji Swami described the incredibly busy year that Acharya Swamishree had had since His last visit to the UK, during which He inspired dozens of festivals across India and presided over hundreds of scripture recitals. His Divine Holiness Acharya Swamishree then gave His divine Ashirwad before personally handing Prasad to the entire male congregation. 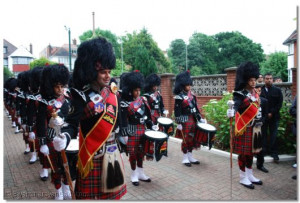 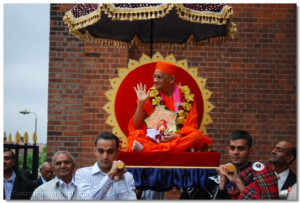 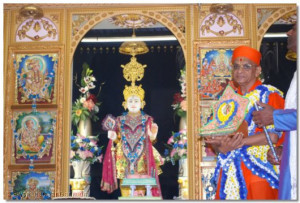 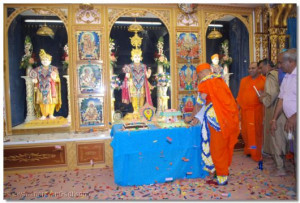 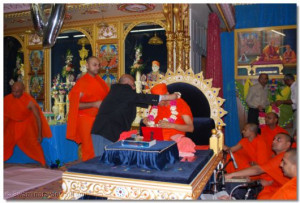 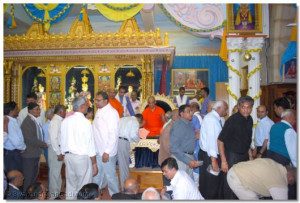