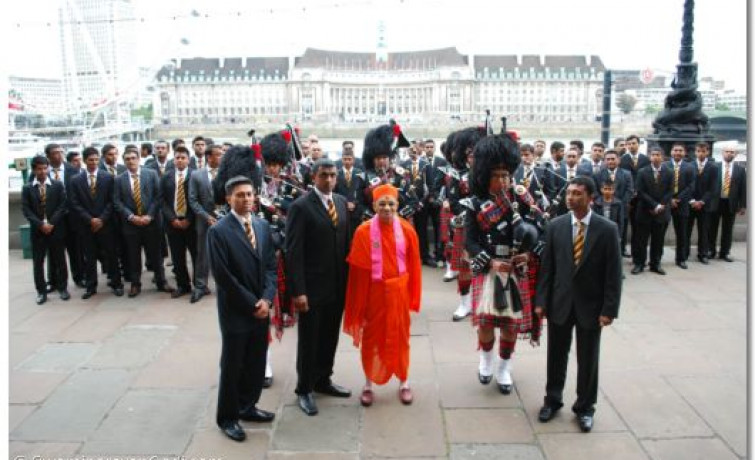 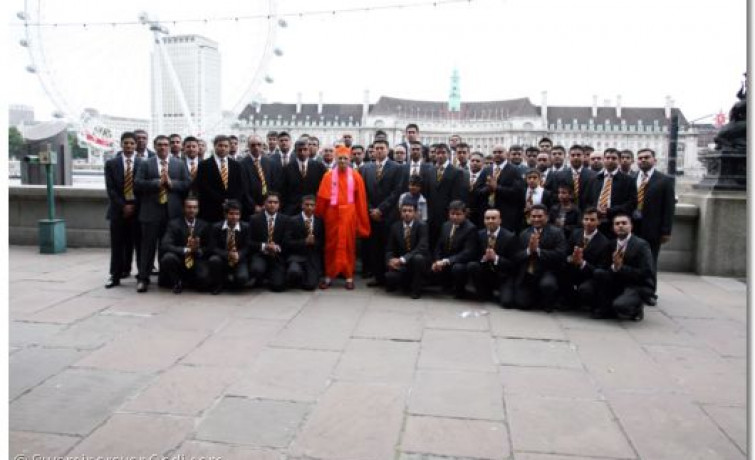 2009 marks the 25th anniversary of Swamibapa Cricket Club. Under the Divine inspiration of Acharya Swamishree, Swamibapa CC has continued to flourish since its establishment in 1984, and currently boasts over 70 playing members and performs well in the Middlesex Championship League. In celebration of this and in honour of Acharya Swamishree, members of Swamibapa CC organised a special boat cruise on the River Thames, London.

The Houses of Parliament, County Hall, The Royal Festival Hall, London Bridge, Westminster Bridge, The London Eye, St Paul’s Cathedral and The Millennium Bridge were just some of the sites the Elizabethan passed. After taking commemorative photos of Acharya Swamishree and Sants to the stunning backdrop of Tower Bridge, everyone sat down on the upper deck in a special congregation. A commemorate booklet, depicting in words and photographs the 25-year history of Swamibapa CC and its honours and achievements, was unveiled by Acharya Swamishree and distributed to everyone.

For the last five years Madhusuden Mepani and Kashyap Varsani, Team Manager and Club Secretary respectively, have worked tirelessly to push the SCC forwards. This being the last year of their tenures, momentos were presented to them to mark their efforts.

To thank Acharya Swamishree for His continued inspiration and support of Swamibapa CC, members of the Club presented Him with a miniature solid silver cricket bat.

Swamibapa Cricket Club Bolton had recently won the Bolton Cosmopolitan T20 Cup, the Supplementary Cup and the Best Performance Cup. On board the Elizabethan all three cups were presented to Acharya Swamishree.

Acharya Swamishree then gave ashirwad to the congregation, in which He co talked about the importance of sports, sportsmanship and brotherhood in life, and above these, the paramount importance of religion in life. Following ashirwad, Acharya Swamishree cut and offered a special 25th Anniversary Cake to Shree Harikrishna Maharaj. The members of Swamibapa CC London and Bolton then offered aarti to Lord Swaminarayan Swamibapa.

Acharya Swamishree then unveiled a new version of the Club’s website, SwamibapaCC.com. This new website features information about all Swamibapa Cricket Clubs in London, Bolton and Nairobi; results, Fixtures, statistics and averages for all three regions are on this website.

Everyone then proceeded to the lower deck to take prasad. The evening’s events concluded with each member of Swamibapa CC receiving miniature cricket bats from Acharya Swamishree, with His own words engraved on them. 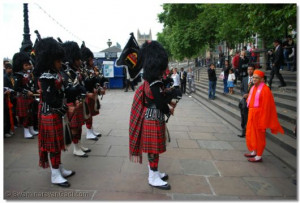 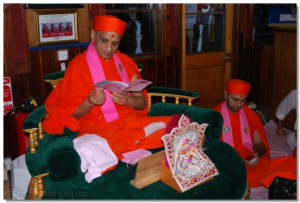 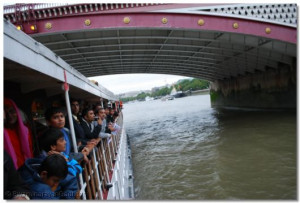 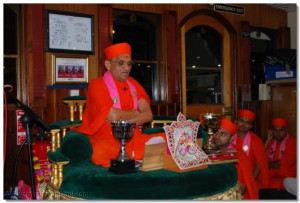 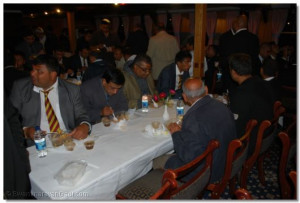 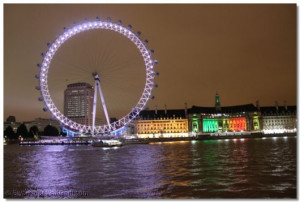