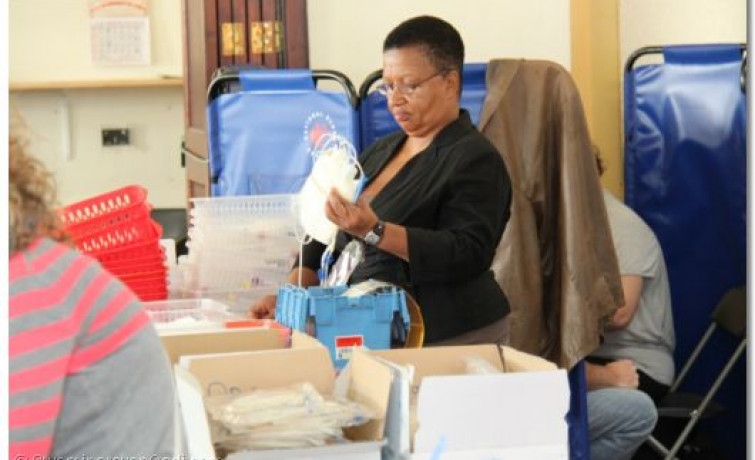 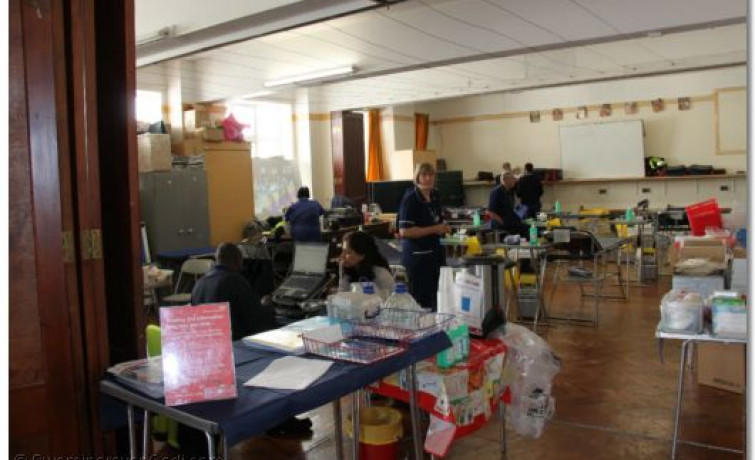 The temple held its third successive donation session on 29th May. The locality of the temple always makes the blood donation sessions here an opportunity for a veritable feast of social interaction between different sectors of the community to come together for single purpose.

This was evident by the wide variety of back grounds and ages of the donors.

There are various reasons why people give blood and it was interesting and inspiring to learn from some of those attending to give blood at the blood donation session at the temple on Sunday 29th May and give their personal reasons for giving blood.

Rabbi Harvey Belovski, Rabbi of the Golders Green United Synagogue, rabbinic mentor for University Jewish Chaplaincy, and advisor to rabbis, who was amongst the donors said “It has been 25 years since a I last gave blood.. I was prompted by a promotion in the synagogue, of the temples donation session and I thought I would come to lead by example and practice what I preach which would encourage members of my congregation to donate blood.”

A lady of 60 said that she had been giving blood for 10 years... “When you are young you do not think about illness and getting old and needing help...so I guess giving blood comes with the wisdom of age...but this should not be the case...” She then related a remarkable story...

A little girl named Liza who was suffering from a disease and needed blood from her five-year-old brother, who had miraculously survived the same disease and had developed the antibodies needed to combat the illness. The doctor explained the situation to her little brother, and asked the boy if he would be willing to give his blood to his sister. The boy hesitated for only a moment before taking a deep breath and saying, “Yes, I'll do it if it will save Liza.”

As the transfusion progressed, he lay in bed next to his sister and smiled, as we all did, seeing the colour returning to her cheeks. Then his face grew pale and his smile faded. He looked up at the doctor and asked with a trembling voice, “Will I start to die right away?” Being young, the boy had misunderstood the doctor; he thought he was going to have to give her all his blood.

As the temples blood camp was running 40 mins behind schedule a nurse who was first on the timetable sat patiently and busy texting on her mobile. When asked what she was up to she said “I have just sent 100 texts to all on my phone book”. The text read.. “I have been waiting for almost an hour to give blood ...but I would rather be the one waiting to give blood than be the one waiting to receive blood in a critical moment.” She received several texts back from friends who she hopes will now also give blood.

There were a number of donors from Poland who all said that back home blood donation was a tradition for generations. One said “It is people who perhaps make a big deal of it...it is no big deal..we should make this a part of what we do...as a habit or routine in our lives...so that others may have a chance of a routine life...”

Another revealed that he was a regular donor because it was healthy for him. The depletion of iron stores that results from giving blood helps to protect the heart by hindering blood fats, including some types of cholesterol, from damaging the walls of the artery and causing a buildup of plaque (atheriosclerosis). Men who voluntarily donate blood tend to be more health conscious and have less pre-existing heart disease than non-donors.

There were also a number of “first timers” who looked nervous as they waited...one lady said “I had always thought of giving blood but as I am from abroad. I was told I had to wait...I waited eight years before I could give and here I am at the first opportunity.”

There was a young lady who upon attending was asked how much she weighed as she appeared she maybe be sailing too close to the wind of the minimum guidance of 110 lbs/50 kg or 7st 12 .... hoping to give blood.. She said that she was just about that weight. The trained nurses advised quite correctly that she could do herself harm if she was under the guidance weight and perhaps she should defer.... She went away quite visibly disappointed...but an hour or so later returned beaming and proudly clutching a receipt from the local gym where she had gone to weigh herself which proclaimed she was 500g over the minimum. She beamed as she gave blood. She later related that she had recently given birth to premature twins who had required blood at birth and ever since she was determined that she somehow repay those anonymous strangers who had saved her children’s lives by passing on the good deed to someone else.

Yet another donor, a 17 year old said he had been inspired by his mum who had brought him to the session today for his first donation...after donating he said “I feel really good about this...this is really no skin off my nose...only a pint of blood from my system! I will definitely do it again...who knows I could be the one who saves the next Einstein!!” No one had the heart to tell him that there is no discrimination as to who receives the blood but his sentiment has to be admired... He said he did not expect a medal but was given a complimentary box of Indian sweets that the temple gave to all donors...which he gratefully accepted with a smile. As he went home to study he said “for a quantum physics exam!!” God bless him!!

But despite the mult-farious reasons noted there was a common theme amongst all donors...the possible saving of a life for such little inconvenience which was made all the more easier by the temples local session...and the smiles with which they were welcomed as friends by the temple volunteers. The underlying sentiment was “The same blood that runs through my veins and arteries runs through yours.”

Or as Indian National Poet, Rabindranath Tagore put it “The same stream of life that runs through my veins night and day runs through the world and dances in rhythmic measures.”

And in this sense, quite literally the giving of blood and the wide variety of donors at this session epitomized this.

So to all those that donated..the temple would like to thank and applaud all of you...and for those who did not or could not ..... see you in November? 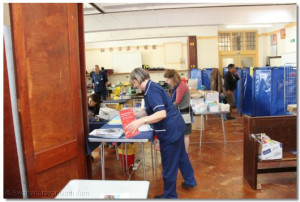 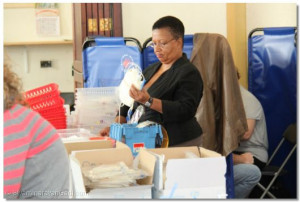 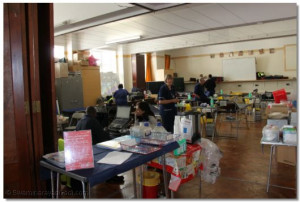 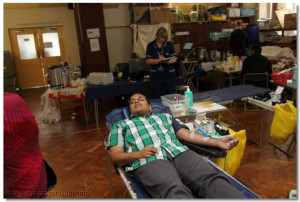 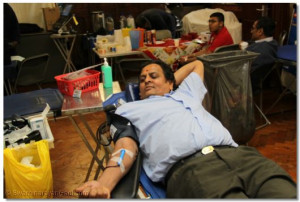 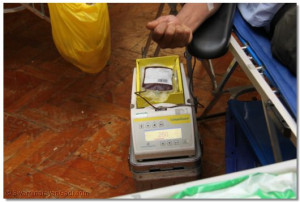