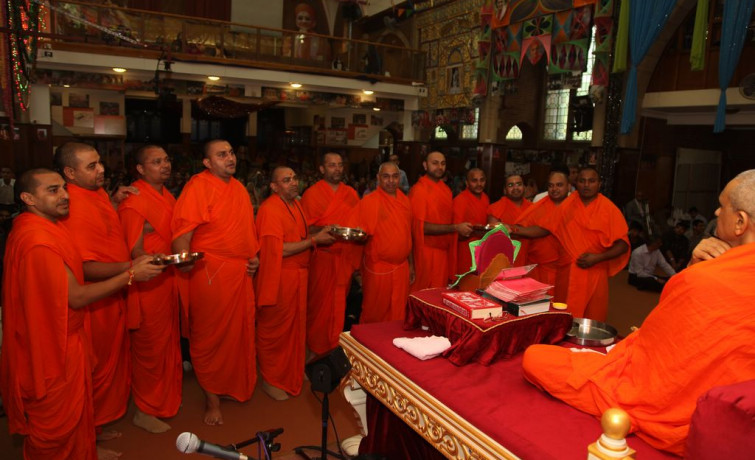 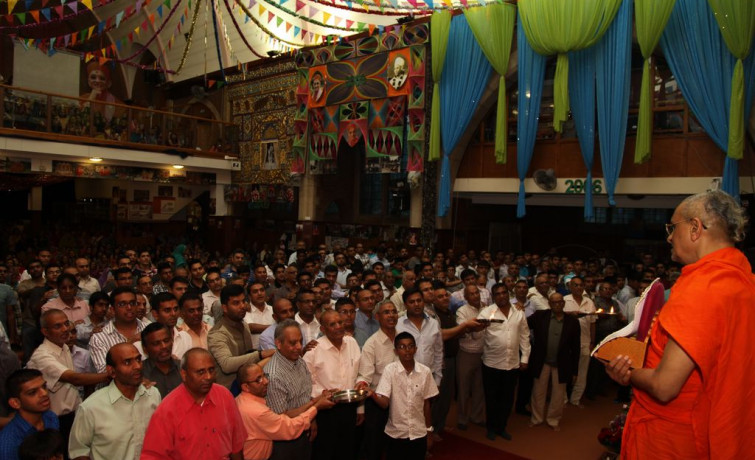 The first day of this Mahotsav saw the recital of the Bapashree ni Vato scripture, sponsored collectively by all the disciples with the sole prayer that Acharya Swamishree bestows the divine strength, intellect and ability into each disciple such that they can continue to please Lord Swaminarayanbapa Swamibapa. In total, the number of individually sponsored recitals reached in excess of 500! The second day of the Mahotsav included the conclusion of the scripture recitals and Acharya Swamishreeâ€™s divine ashirwad.

The finale to the Mahotsav was a samoh raas, but with a difference. Just as the disciples of London experienced eleven years ago, Acharya Swamishree smothered the faces of His sants and disciples with chandan paste during the raas. The soothing chandan cooled the faces of everyone on what was the warmest day of the year so far. As the raas built to a crescendo, the Temple was a sea of yellow faces, swirling around Acharya Swamishree as He took to His feet to further enthuse everyone; each individual indistinguishable from the next, and completely equal in the eyes of the Lord. 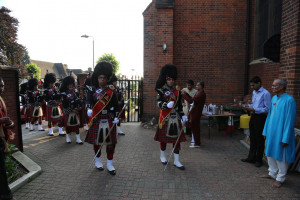 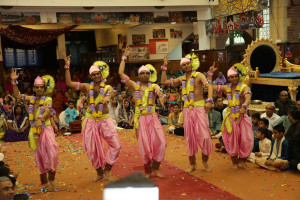 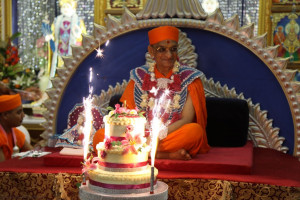 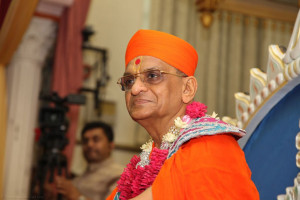 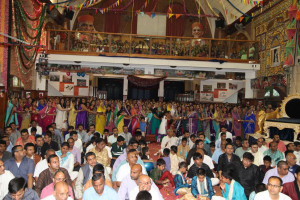 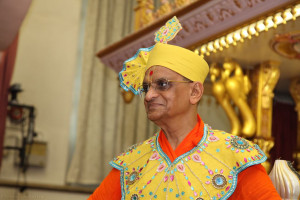