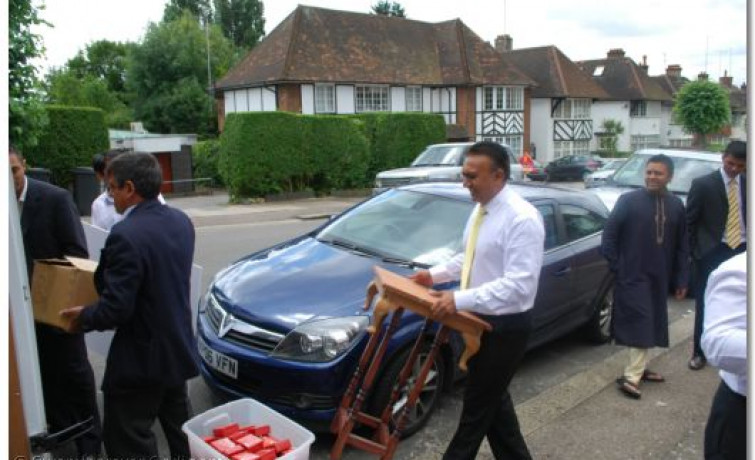 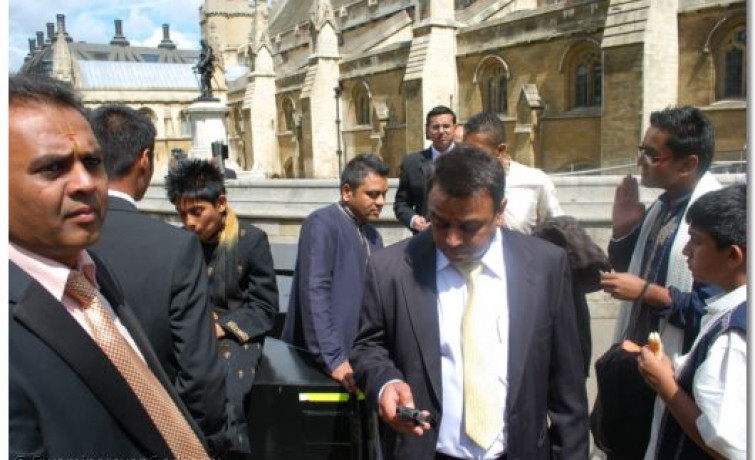 On Monday 13th July 2009, Cabinet Members, Ministers and other leading parliamentarians and Councillors gathered in the House of Commons along with over a hundred trustees from Hindu Temples from across the UK to congratulate His Divine Holiness Acharya Swamishree on publishing the English translation of the Rahasyarth Pradeepika Tika sah Vachanamrut scripture, and to pledge their support for the project to create Shree Muktajeevan Swamibapa Complex in Kingsbury, London.

The event was organised by Anil Bhanot, General Secretary of the Hindu Council of UK and Mr Abhay Lakhani (Parliamentary Advisor on Community Affairs), with the support and backing of MPs Stephen Pound and Tony McNulty. It was the single largest gathering of Hindu leaders of its kind in the UK.

The day’s event commenced at 4pm, with the lighting of the auspicious Flame of Peace by Acharya Swamishree and eminent guests.

Acharya Swamishree was then honoured in recognition for creating a first-of-its-kind English version the scripture, Rahasyarth Pradeepika Tika sah Vachanamrut. Although there have been many translation of the Vachanamrut in isolation, this is the first translation that comprises the elucidatory commentary by the Lord Himself in the form of Jeevanpran Shree Abji Bapashree. The grand scripture was today being distributed across the UK to hundreds of libraries and schools as an important work of literature, theology and philosophy. It has already been delivered to every single member of Cabinet.

“It’s a great honour to be at this important occasion, where the Vachanamrut scripture is being unveiled. This is a truly momentous occasion for the benefit of the global English-speaking community; for this scripture is a unique and marvellous piece of literature. It is an enormous resource for 400,000-strong Hindu community in the UK that the non-Hindu community should celebrate.

“There is great potential for misunderstanding of other faiths. This translation will go a long way for interfaith cohesion. The great religions such as Hinduism are diverse but what is not often understood is the diversity within Hinduism itself. This scripture is provides the texture to provide that understanding. This is truly a document for social reform. And I wish the community my very best with their progressive Kingsbury plans.”
David Milliband, Foreign Secretary.

“I am delighted to welcome you here today and I congratulate you on this magnificent translation; may your contribution to the UK’s culture and identity continue to grow with your planned temple in Brent.”
George Osbourne, Shadow Chancellor

“Hindus are the least well represented demographic in Her Majesty’s prisons! This is no coincidence with your promotion of spirituality and family life. It is these values that are captured in this Vachanamrut scripture. Your fabulous plans of a new temple site will ensure that these values are carried through from generation to generation.”
Dominic Grieve, Shadow Justice Secretary

“I am aware of your new temple project and the thrilling adventure that you are embarking on. I wish you all the best with your plans.”
Shailesh Vara, Shadow Deputy Leader of the House

“The plan for the new temple is another example of great Hindu architecture in London. This magnificent project is an asset not only for London, but the UK as a whole.”
Nick Clegg, Leader of the Liberal Democrats 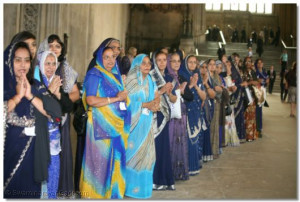 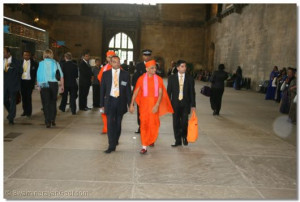 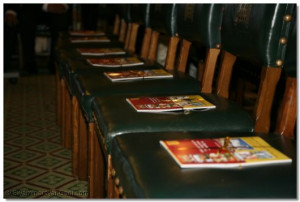 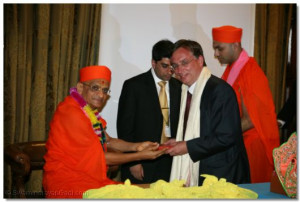 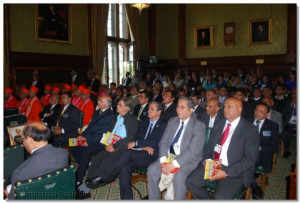 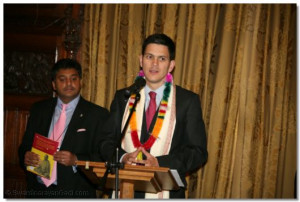