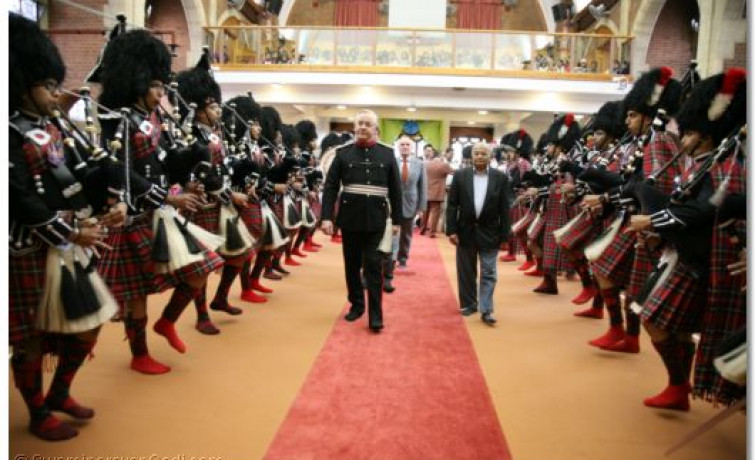 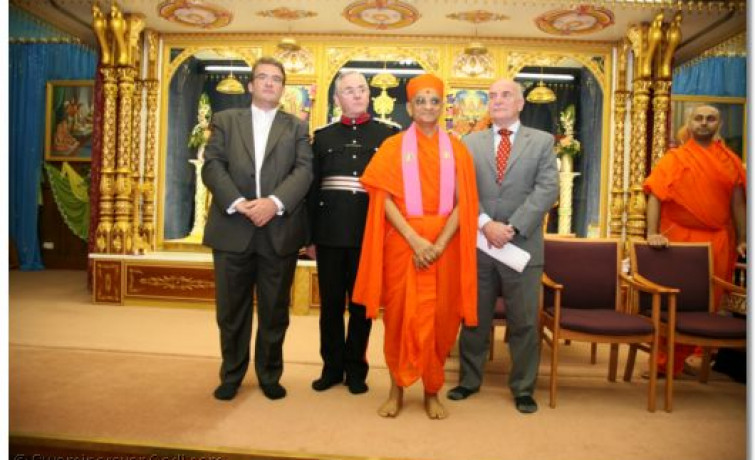 The guest were welcomed and saluted by the Temple’s own Scottish bagpipe band, Shree Muktajeevan Pipe Band. Students of Shree Muktajeevan Arts & Culture Academy then performed a traditional Indian dance. The evening’s event also played host to a press conference to announce details of a Parliamentary Reception being held in Acharya Swamishree’s honour, at which the recently and uniquely translated scripture, the Rahasyarth Pradeepika Tika sah Vachanamrut will be disseminated across the country. The scripture has already been received by every member of the Cabinet. The Reception at the House of Commons, taking place on Monday 13th July 2009, will showcase a number of the Temple’s activities including the Pipe Band, dance and music.

The guests received His Holiness’s blessing in the form of a traditional Hindu turban and garland of flowers.

Having heard about the Organisation’s remarkable achievements and witnessed first hand the spiritual, cultural and artistic excellence nurtured by the Temple, the guests took the opportunity to pledge their praise and support.

“It is heartening to see that while you integrate with modern society, you embrace your glorious heritage, which is many thousands of years old, and share it with us. You really are an asset to the community, and I congratulate Acharya Swamishree for this. Allow me to pledge my fullest support to your plans for the future; we will do everything in our power to help you realise your dreams going forward.”

“For many years we have supported your search for new premises, and are delighted that you have found such a great site in Kingsbury. I promise you that we will continue to support you in every way we can, to enable you to realise your dreams, a purpose-built Temple, Community and Sports Complex there. My only regret is that you could not have found a site only half a mile further down the road so that you would be in my own ward! The 13th of July will not only be a celebration of the publication of the Vachanamrut scripture, but a celebration of wonderful community.”

“Having first visited your Temple in April, I was delighted to be invited back in my official capacity as the Queen’s Representative, along with my wife. Today, I have witnessed all three fundamental aspects Hinduism: Love in the form of the dance performance I have just seen; knowledge in the form of the sublime scripture you have published; and devotion in that all this is achieved through a volunteer organisation. I too pledge my support to you, and I will do whatever I can in helping you progress.” 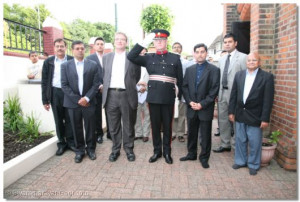 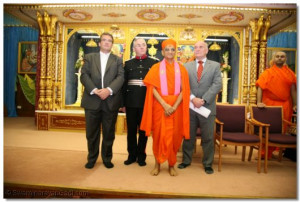 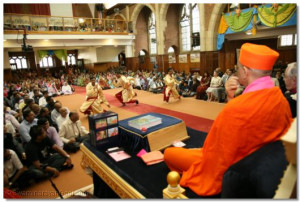 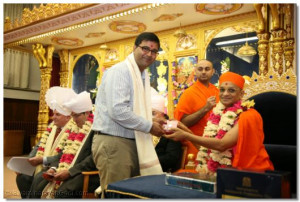 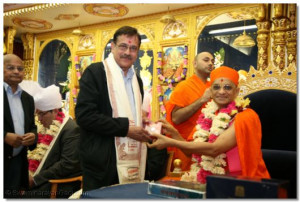 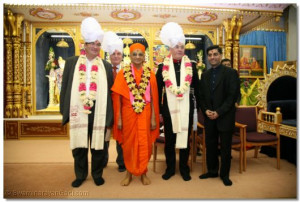