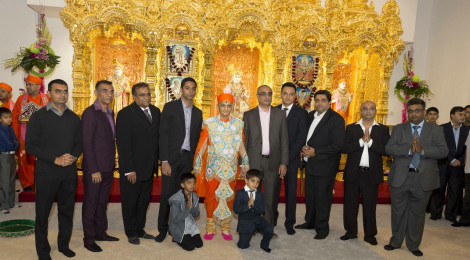 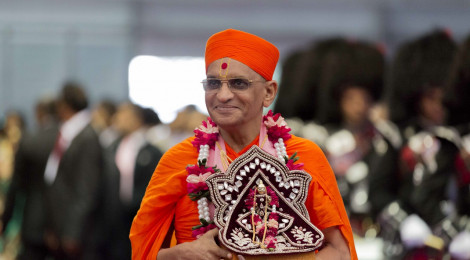 The third day of Shree Swaminarayan Mandir Kingsbury Grand Opening festival, Friday 23rd August (2014) started with darshan of Lord SwaminarayanBapa Swamibapa's darshan resplendent in golden paag in the new Kingsbury Mandir.  Disciples on whose behalf parayan were being recited were blessed with Acharya Swamishree Maharaj's darshan, before leading him in his chariot to the Sabha Mandap, where the parayan vidhi (rituals) were completed.

Following the receipt of guest, Acharya Swamishree blessed the congregation with his divine ashirwad.