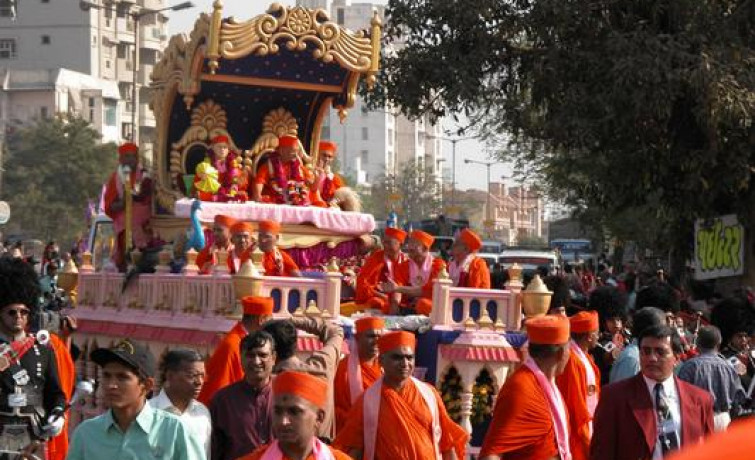 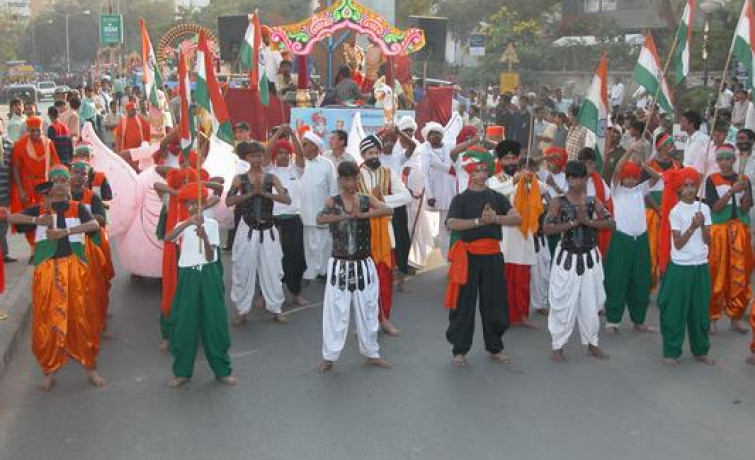 As a prelude to the Shree Ghanshyam Maharaj Hirak Mahotsav and Acharya Swamishree Pitharpan Rajatotsav, a magnificent procession was held through the streets of Gujarat 's elite Satellite area of Ahmedabad.

His Divine Holiness Acharya Swamishree inspired this procession to promote peace, compassion and unity of all faiths.

The procession commenced at precisely 3.00 pm at Manek Baag Hall. Thousands of devotees from all around the world had gathered for the divine darshan of Lord Swaminarayanbapa Swamibapa and Acharya Swamishree.

The devoted sants of Shree Swaminarayan Gadi Sansthan had created 10 magnificent chariots. All carried the message of universal peace and harmony. Lord Swaminarayan was seated on a chariot that had been decorated with all the items used in performing pooja (adoration). Jeevanpran Bapashree was seated on a chariot together with His devoted sants. Jeevanpran Swamibapa and Acharya Swamishree gave darshan, seated on an intrinsically crafted grand chariot. Throughout the procession, young disciples performed dances on a travelling stage, promoting peace and humanitarianism.

C G Road is one of the most prestigious shopping areas of Gujarat . Goods from all around the world are imported and can be purchased at the many shops in C G Road . Thousands of shoppers watched in amazement at the sight of this wonderful spectacle. It is estimated that over 26 thousand devotees and other indigenous people of Gujarat took part in this procession.

The 6 km procession concludes at Sardar Patel Stadium at 7.00 pm .

Acharya Swamishree cast His divine gaze over all the people in the procession and made them all worthy of salvation. 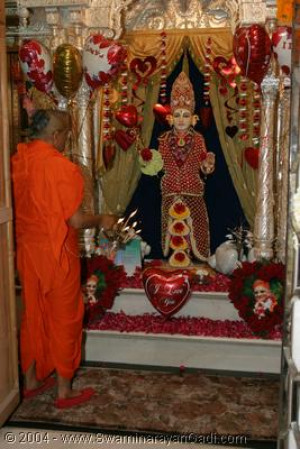 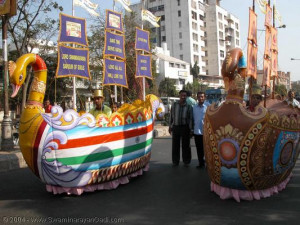 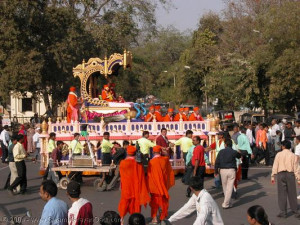 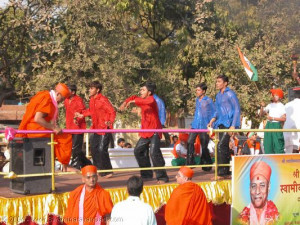 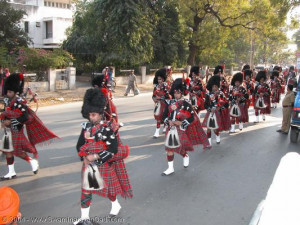 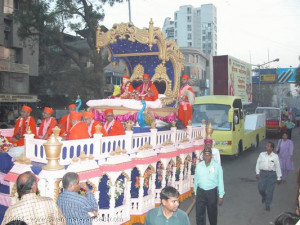